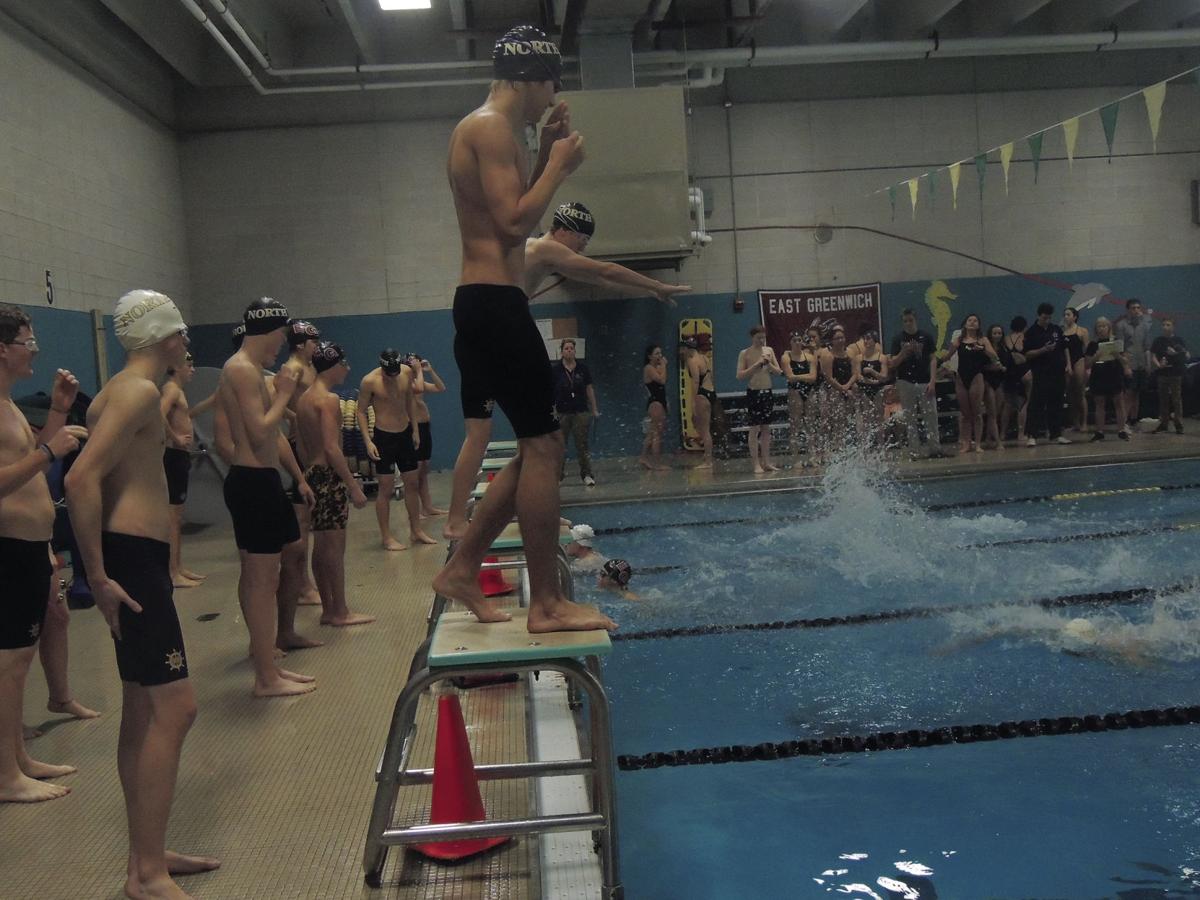 NK boys picked up their first win of the season against the Avengers. 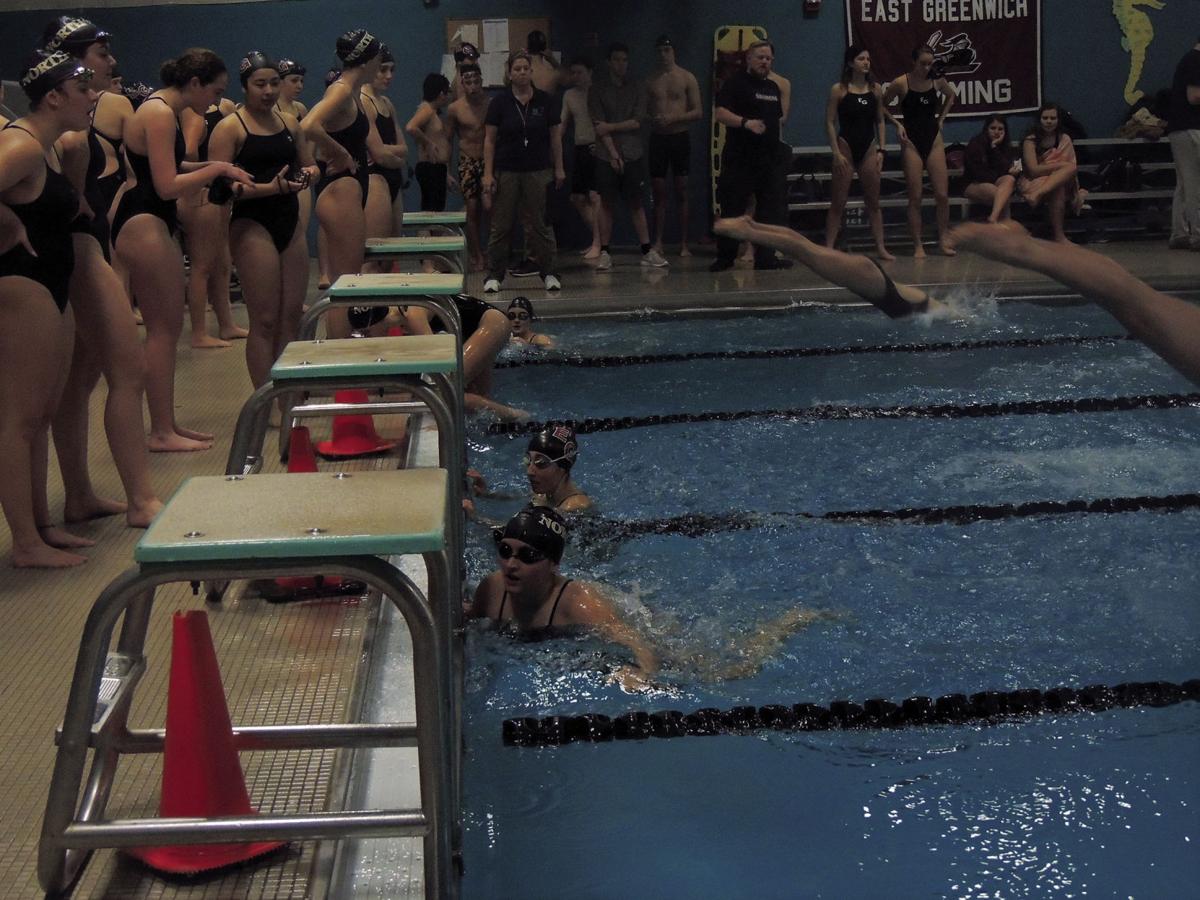 NK boys picked up their first win of the season against the Avengers.

With a score of 51-43 over Valerio Division opponent East Greenwich, the Skipper girls moved to 3-1 on the season, tied with EG.  While the boys got their first win, 50-41, moving to 1-2.  The Skipper girls had a few dominant individuals shine in solo events and help in their one relay win, while the boys relied on three relay victories.

“I thought the race for the girls was going to be very close,” NK head coach Kathy Carlson said.  “[EG head coach Gina Hand has] a great team; she’s very competitive.  I was happy my swimmers stepped up.  I told them, it’s going to be tough, it was going to be a close meet, and we’ll need to fight for every point.”

“I was very happy to get our first win,” Carlson said of the boys.  “That gives them a little kudos, a pat on the back.  It was a positive, a great meet for them, but we’ve got to work on some things.  But I can’t complain, it was a great meet on both sides.”

“Durney qualified for states in the 50-free,” Carlson said.  “He swam the freestyle in the 200-medley relay in 26.16, helping the team to place first.”

“Joseph Farrelly had a great 100-breaststroke,” Carlson continued.  “Dropping five seconds off his previous time which was 1:32.00 to 1:26.44. Harrison Mancieri also improved in the 100-breaststroke, dropping three seconds off his previous time of 1:33.96 to 1:30.96. Robert McKay had a great 50-free in 25.30 and swam in three relays to help the team win their first meet. The boys really worked hard and swam fast to help the team win.”

Carlson points to NK’s depth and versatility as a strength, helping when one or two swimmers can’t participate in their usual race, as happened against EG.  She points to swimmers volunteering to try different races, exhibition swimmers dropping significant seconds off of their top times, along with top swimmers doing the same, and multiple athletes who can swim various strokes and fill in.  Even young swimmers who volunteer to swim races they’ve never tried; her two boys in the 500, volunteered for it against EG.

“I keep a spreadsheet of all my kids’ times,” Carlson said.  “And each meet they’ve been getting better and better.  Including, my exhibition swimmers.  So, that’s a plus.  A lot of my kids have been working hard to get their times down going into divisions and states.”

“It helps so much,” Carlson said of her depth.  “When someone gets sick, I can go to my spreadsheet, and see where I can put somebody in.  Both boys and girls have 27 swimmers, who are healthy and able to swim.  That’s huge, especially for the boys’ team.  Not many boys teams have 27.”

The strength of the girls makes it so the Skipper boys face D-I competition in team meets.

“However, when it comes time for divisions,” Carlson said.  “We’re going to be swimming in Division II.  We already had some people qualify for states: Theo Simmons, Connor Priest, Durney.”

NK has their next meet on Jan. 15 at home against Wheeler.