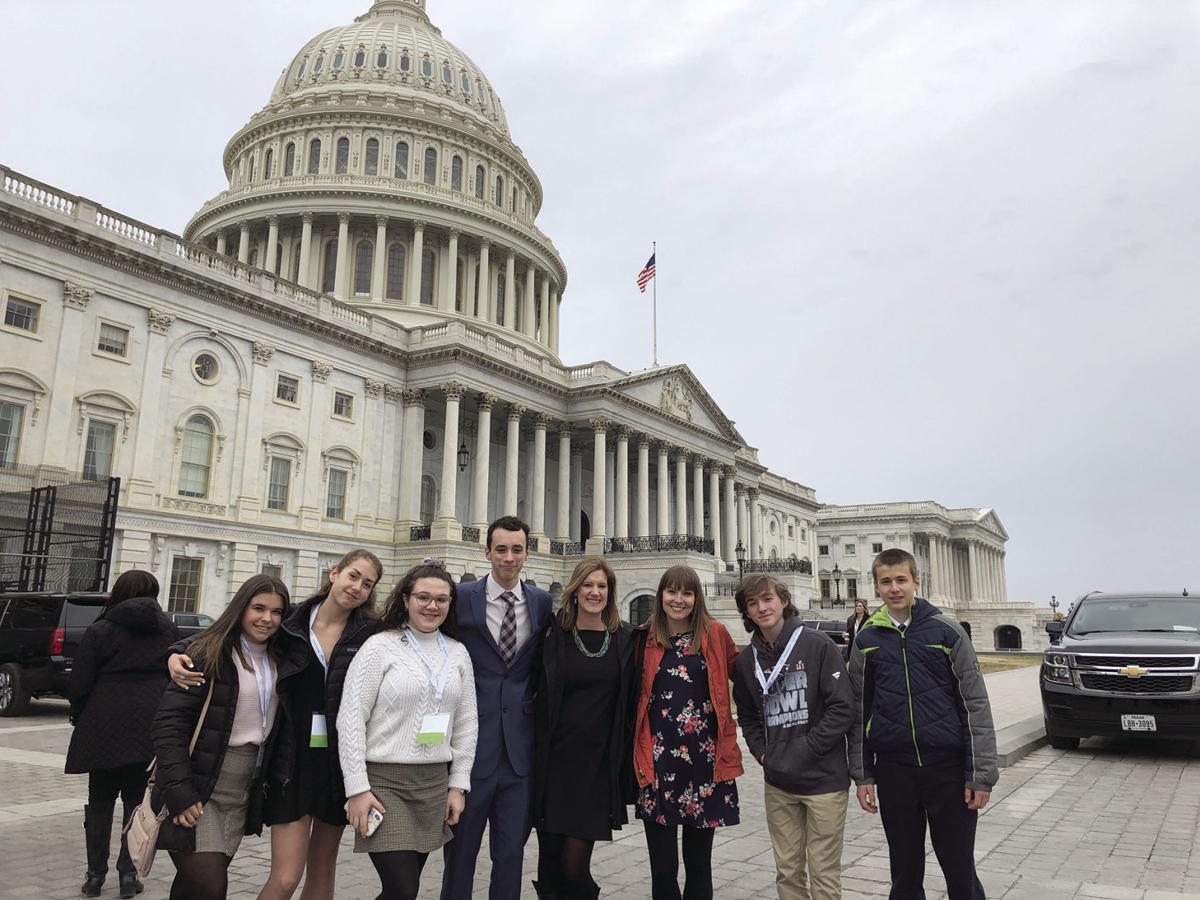 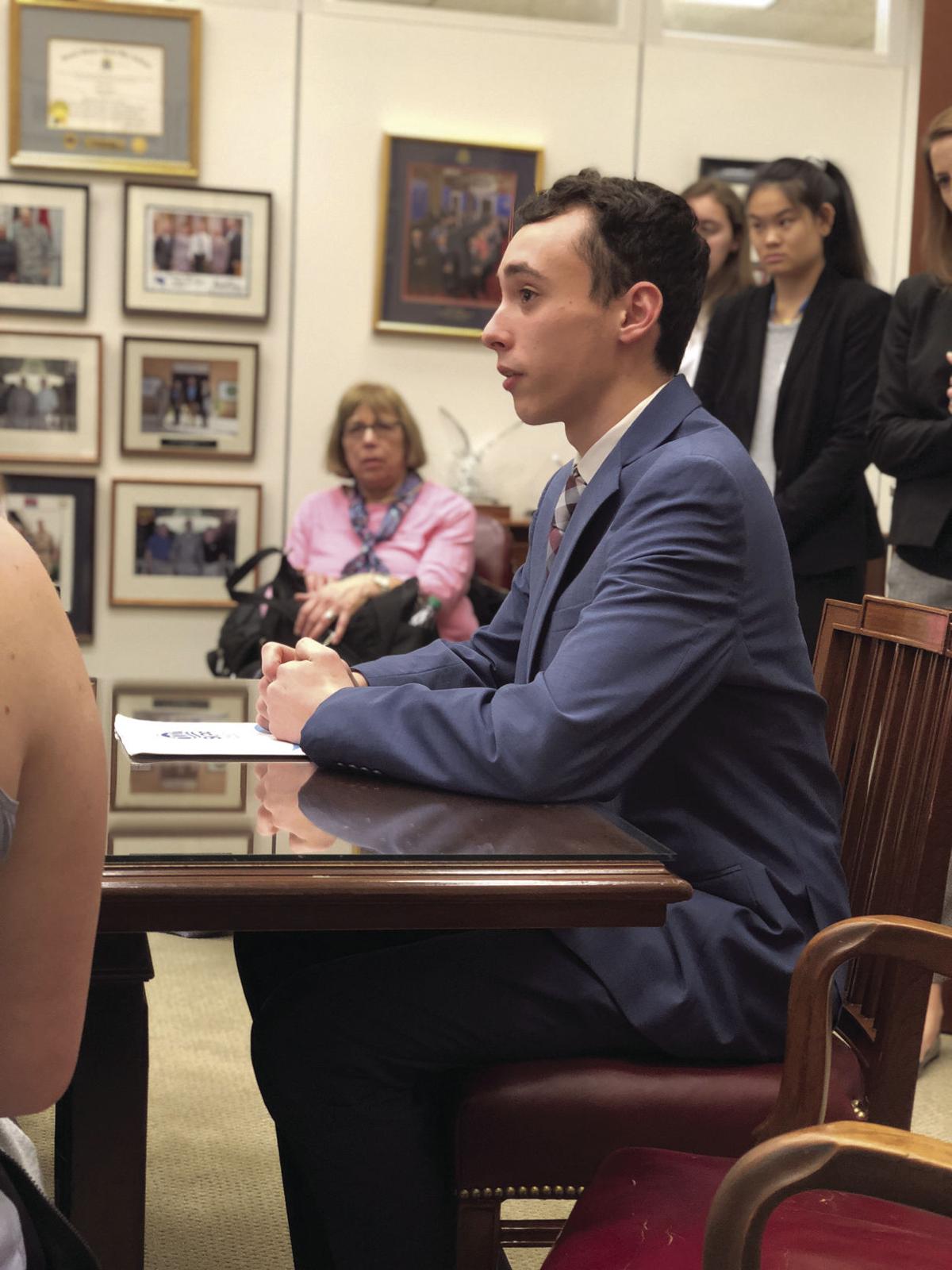 Lucas Serafin, a junior at South Kingstown High School, speaks to his delegation. 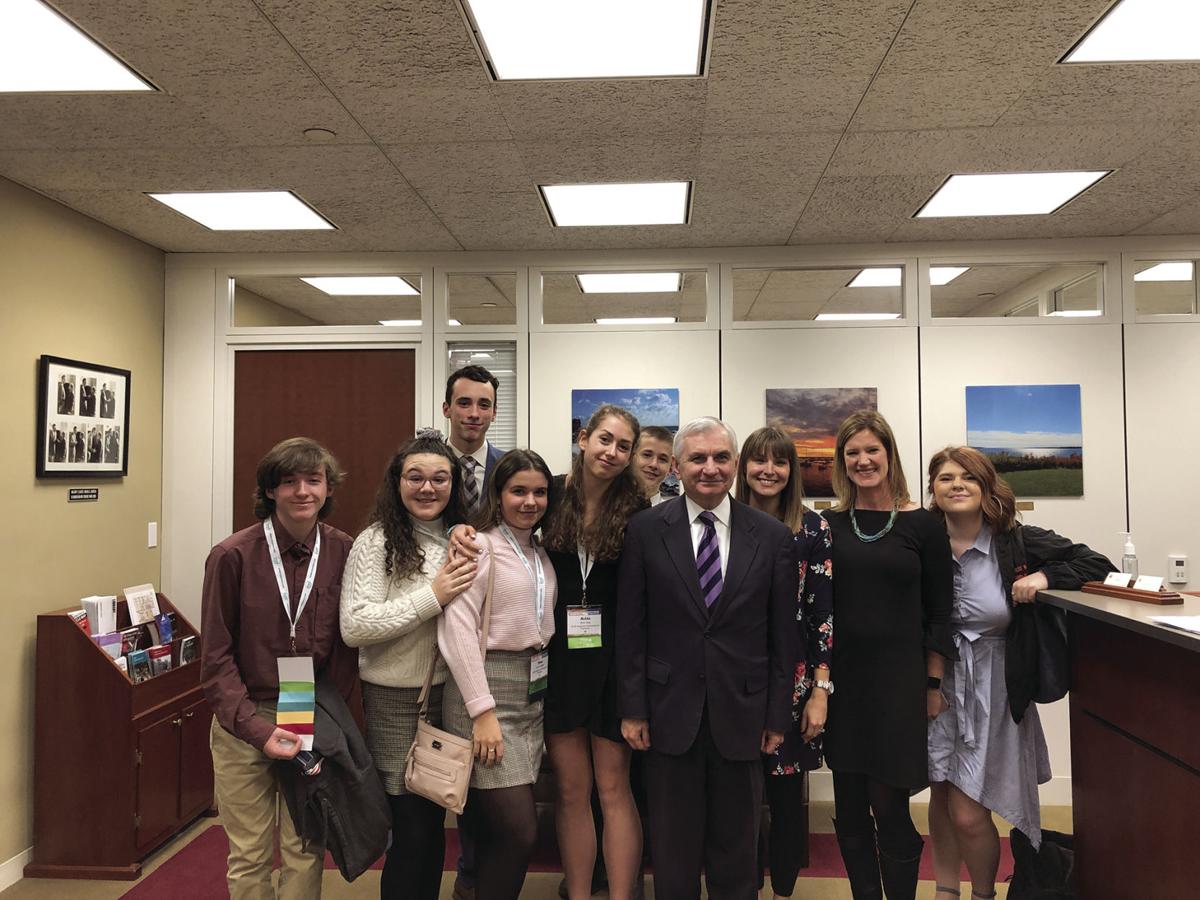 Lucas Serafin, a junior at South Kingstown High School, speaks to his delegation.

WASHINGTON D.C. — Hoping to garner support, seven members of Rebels Inspiring Positive Lifestyles (RIPL) headed this week to the nation’s Capitol to tell members of their congressional delegation about all they’ve accomplished in South Kingstown so far, and about how much they’re still striving to tackle.

“We look at the youth as our sustainability plan to continue our prevention efforts,” South Kingstown Partnership for Prevention (SKPP) Coordinator Mary-Kathleen Whitten said from Washington D.C. Wednesday as she was leaving Capitol Hill with the South Kingstown High School (SKHS) students who attended.

“We wholeheartedly support providing youth with the voice to speak to our senators and representatives, because they’re the ones who are really seeing these issues,” Whitten continued, “and we hope adults don’t discount the voices of the youth, because they’re very powerful and impactful when they speak.”

Held as part of the Community Anti-Drug Coalitions of America’s (CADCA) four-day National Leadership Forum on Substance Abuse Prevention, Capitol Hill Day was designed to offer students the opportunity “to educate policymakers in Congress about the importance of substance use and misuse prevention,” according to CADCA.

The RIPL members on Wednesday joined together with their counterparts from similar coalitions across Rhode Island to meet with Rep. Jim Langevin and senators Jack Reed and Sheldon Whitehouse.

“Our hope is that they have a better understanding of the impact of the drugs and stuff in our community,” Lucas Serafin, a junior at SKHS and member of RIPL, said shortly after meeting with his delegation. “We hope to leave them with the impression that we’re working to fight against that.”

And while he said he was nervous to present, Serafin said that the experience was made easier by having witnessed first-hand the prevalence of drugs and similarly destructive substances in his community.

“I’ve seen directly how it affects people in the community and everyone surrounding,” he said.

One of the biggest issues among youth in South Kingstown, Serafin said, involves Juul use.

The students presented the legislators with a handful of statistics and personal stories about how their lives and their school have been affected by what Serafin called “the Juul crisis.”

Along with the growing popularity of its e-cigarette—touted as an alternative to smoking—the Juul vape company has faced a good deal of scrutiny. Among those criticisms is the concern that the company’s marketing is what researchers at Stanford University have identified as “patently youth-oriented.”

But whether or not such marketing tactics have had a drastic impact, one thing is obvious to the members of RIPL: Juul has certainly become popular among the teens in South Kingstown.

“Our bathrooms aren’t even bathrooms anymore,” Serafin said. “The kids joke that they’re the ‘Juul-rooms,’ because kids don’t go into the bathroom to use it anymore. They go there to Juul.”

On top of all that, Serafin added, Juuls aren’t even regulated by the Food and Drug Administration (FDA).

“So the kids who are participating and using it don’t even know what they’re doing,” Serafin said, adding that he hopes Wednesday’s presentation may have encouraged the Rhode Island delegates to advocate for Juul’s regulation.

“We don’t really know what [students who use Juul] are putting into their bodies yet,” Serafin continued, “and the parents aren’t educated because they don’t know what’s in it either.”

To prepare for their meeting, RIPL members compiled folders and portfolios to show off the progress they’ve made so far through their efforts, and to advocate for the substance abuse prevention work they’ve been tirelessly pursuing.

And apparently their message was received.

In a post on his Twitter account Wednesday, Reed wrote that he was “impressed by the passion, sincerity [and] determination of RI youth who are working to prevent [substance abuse], stop [youth vaping and prescription drug] misuse, [and] help their peers get assistance [and] treatment to overcome [addiction].”

As he reflected on Capitol Hill Day, Serafin lauded CADCA for the important work it does building drug-free communities.

“CADCA is very, very, very important and beneficial for everyone involved,” he said, “and I’m very, very, very lucky that I got the opportunity to come and speak with my representatives and tell them about all the issues we’re facing with drugs and mental health.”

Established in 1992, CADCA’s mission, according to its website, is to “strengthen the capacity of community coalitions to create and maintain safe, healthy and drug-free communities globally,” by offering things like training, public policy advocacy, marketing programs and special events.

“It gave me a platform I wouldn’t have had if they weren’t there,” Serafin continued. “That was incredible, and we’re so grateful, all seven of us.”