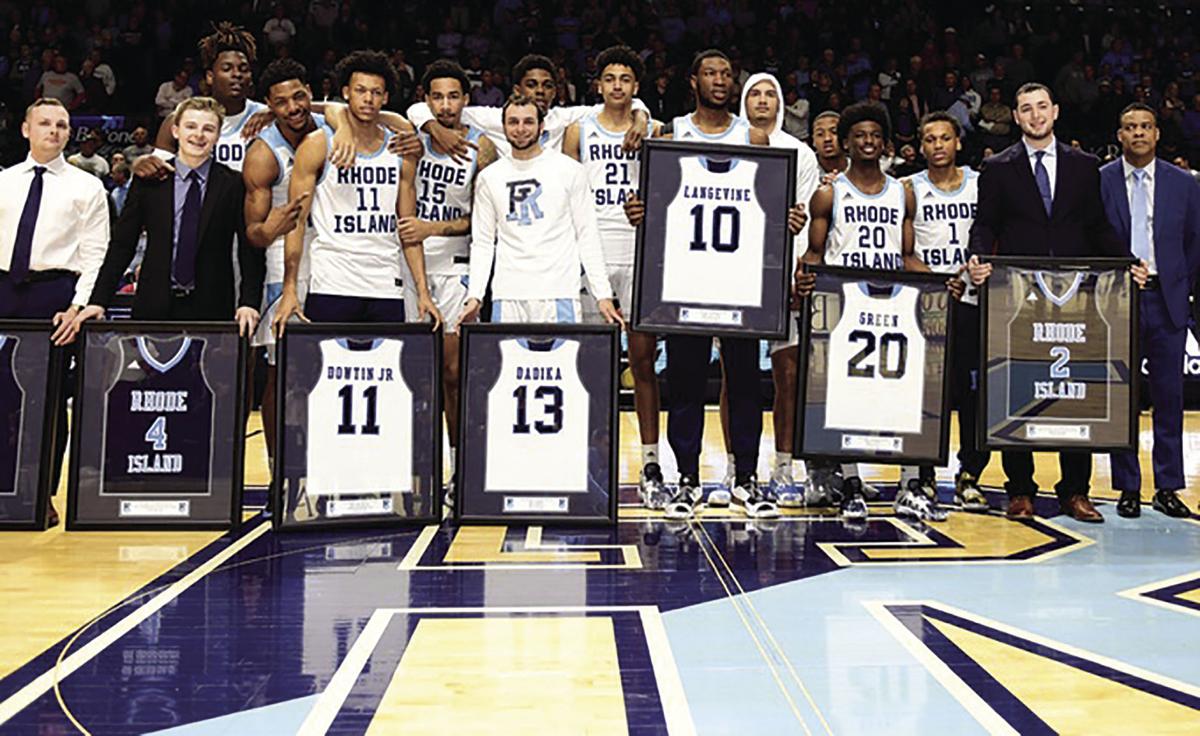 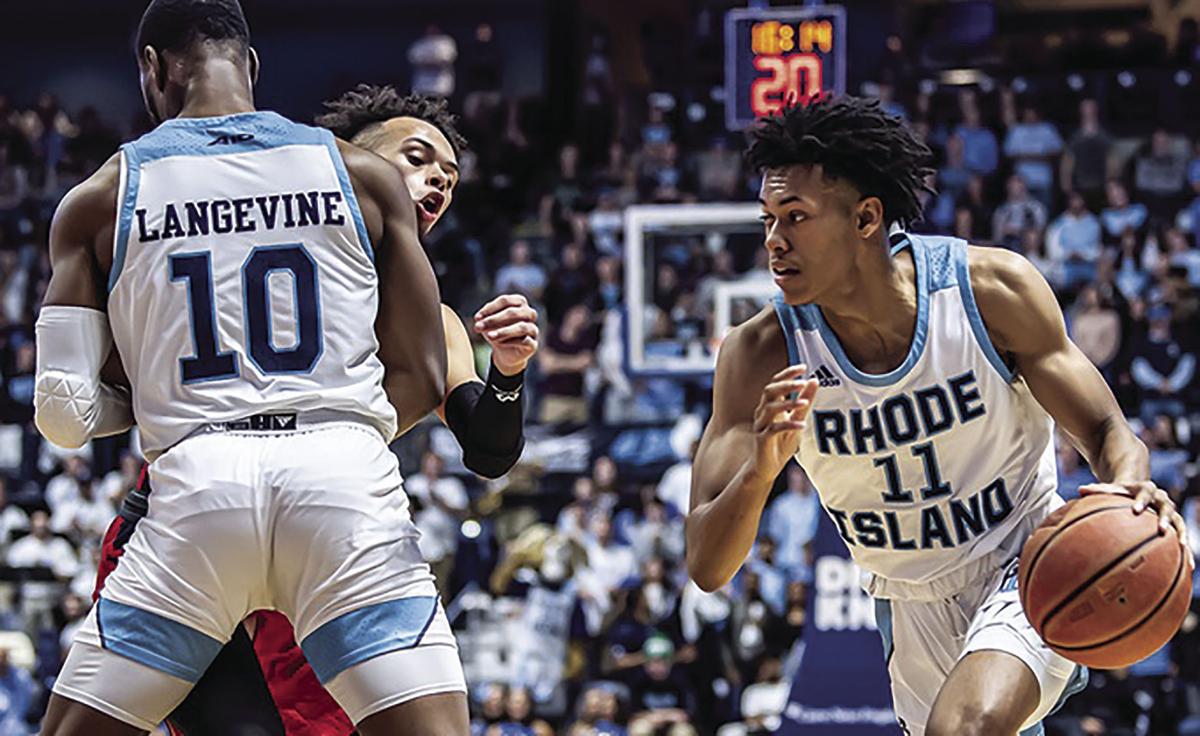 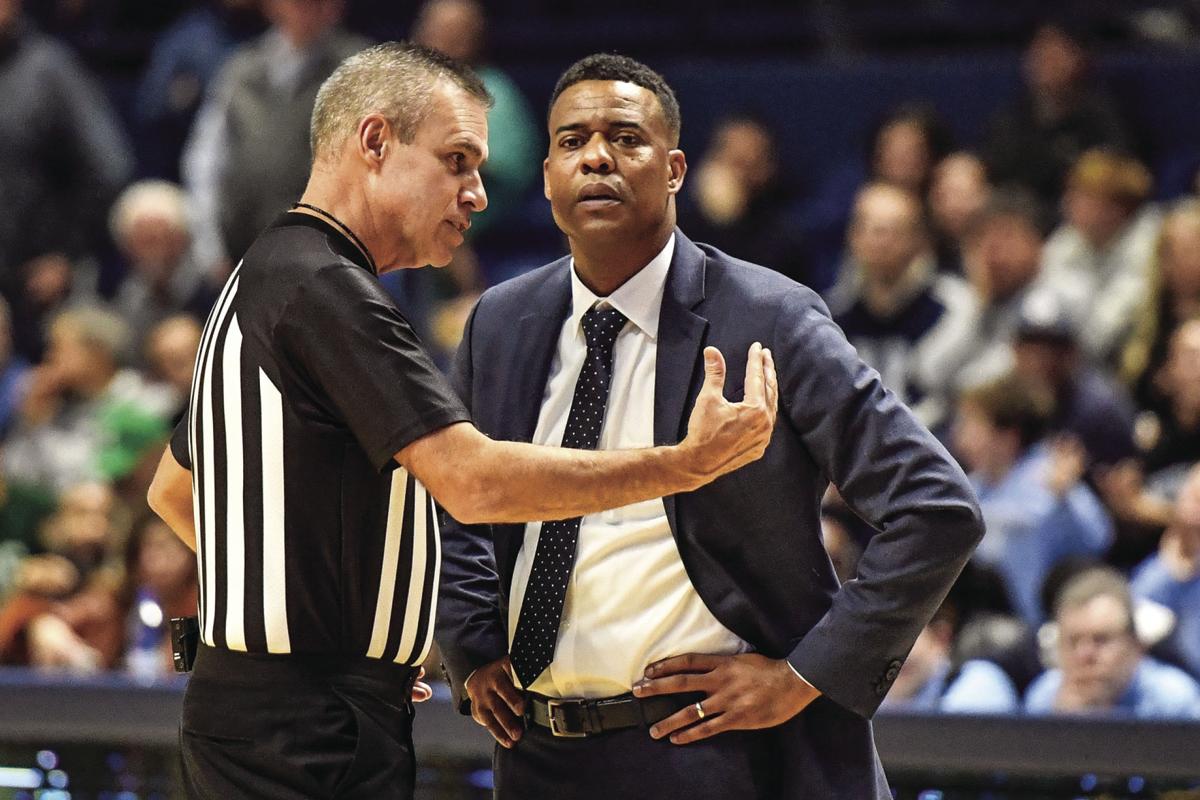 KINGSTON – The No. 3 Dayton Flyers dominated the URI men’s basketball team on Wednesday night. The lopsidedness of the Atlantic 10 meeting can’t be better illustrated then by consecutive plays in the second half: first, player of the year candidate Obi Toppin threw down a vicious windmill dunk. A hobbled Cyril Langevine attempted to match the ferocity of that throw-down, but was blocked by the rim on his attempt.

Dayton coasted to a 84-57 victory, their 17th consecutive A-10 victory. The Flyers are in the conversation for a No. 1 seed in this year’s NCAA Tournament, and if they beat lowly George Washington on Saturday, they will become the only team in conference history to go 18-0 in the regular season.

The Rams, meanwhile, are reeling. The loss was their second-straight at home, and their recent struggles have moved them off the bubble. The demoralizing defeat was made even harsher by the fact that it came on Jeff Dowtin and Cyril Langevine’s Senior Night.

“This is not the way I wanted both Jeff and Cyril to go out in their last home game,” URI head coach David Cox said. “That’s where my mind is, and my heart is, to be honest with you. Those guys deserved a better overall effort and better performance from everyone tonight. We didn’t give it.”

In Rhody’s previous loss to the Flyers on the road, they spotted their opponent a 17-0 lead. On Wednesday, in front of a raucous sold-out home crowd, they matched the Flyers in the opening stanza. The game was tied at 7-7, and the Flyer lead was kept within one or two possessions for the first 10 minutes.

Then, the country’s most efficient offense made its Ryan Center debut. Toppin started throwing down filthy dunks, and the depth of the Flyers ran roughshod over the eight-man rotation of URI.

“I was pleased with the start,” Cox said. “They’re just – there are no real kinks in that armor. They don’t make many mistakes at all. In my 20 years of watching the Atlantic 10, I don’t know if there’s a better team that I’ve seen.”

Toppin went for 20 points – an ‘average’ game for the NBA lottery-bound forward. Guard Trey Landers went for a double-double of 14 points and 14 rebounds. Jalen Crutcher added an efficient 17 points.

“They are an excellent basketball team,” Cox said. “Crutcher is a pro. Their point guard [Ibi] Watson is as steady as they come. Then you look at Landers, he’s a grown man. He’s experienced, old. [Ryan] Mikesell is one of the better glue guys in the league. They have shooters, toughness, versatility.

“Even their A-minus game is really good. Even when we made a run, got close, just like that, they push that lead back up. Well-oiled machine at this point.”

The Rams trailed by 16 points at the break, and never got closer than 12 in the second half. Senior Dowtin showed out on his special night, draining a career-high five 3-pointers. Langevine had six points and eight rebounds.

“I do trust that both Cyril and Jeff will ensure that this group has the urgency that they need moving forward,” Cox said. “Their presence is vital right now. We’ve had some struggles as of late, against some good teams.

No Ram played particularly well in the one-sided affair. Jermaine Harris emerged from a long slump to score nine points and grab four boards. Going right up against Toppin on offense, Harris put the redshirt sophomore in a blender on at least a few occasions.

“That’s very important for Jermaine’s psyche,” Cox said. “Good to see him out there flying around and playing with a level of confidence that I know he should have. He’s been frustrated with his performances. He beats himself up a lot. That was good for him.”

Prior to the losses to the Flyers and Billikens, the Rams were on the NCAA Tournament radar. The two home defeats has them solidly off the bubble, needing to win the A-10 Tournament to get into the NCAA’s for the third time in the past four seasons.

“This is where we’re at right now,” Cox said. “The reality of it is 20-9 [overall], 12-5 [in the league]. Very important game on Saturday against UMass. Gives us a chance to finish in the top four. That’s what we’re looking forward to.

“Extremely important [to regain our confidence on Saturday]. It’s gonna start in practice. We have to practice the right way. We have to go out and perform against a hot UMass team. They gave us troubles here, and they obviously have the best freshman in the league.”

Tre Mitchell has been the A-10 Rookie of the Week for each of the past four weeks. He’s averaging 17 points and seven rebounds a game. The true freshman from Pittsburgh, PA, dropped 30 points on the Rams at the Ryan Center in early February. URI still won that one, 73-67.

Following the regular season finale up in Amherst, URI will head to Brooklyn for the A-10 Tournament. The Rams will be given a double-bye if they defeat the Minutemen, meaning they wouldn’t have to play until Friday.

The health of the two seniors could determine how this season ends. Dowtin has battled an ankle injury the past two weeks, while Langevine is nursing a shoulder ailment.

“They were both actually able to get through full practices yesterday for the first time in a couple weeks,” Cox said. “They did everything they could tonight.”