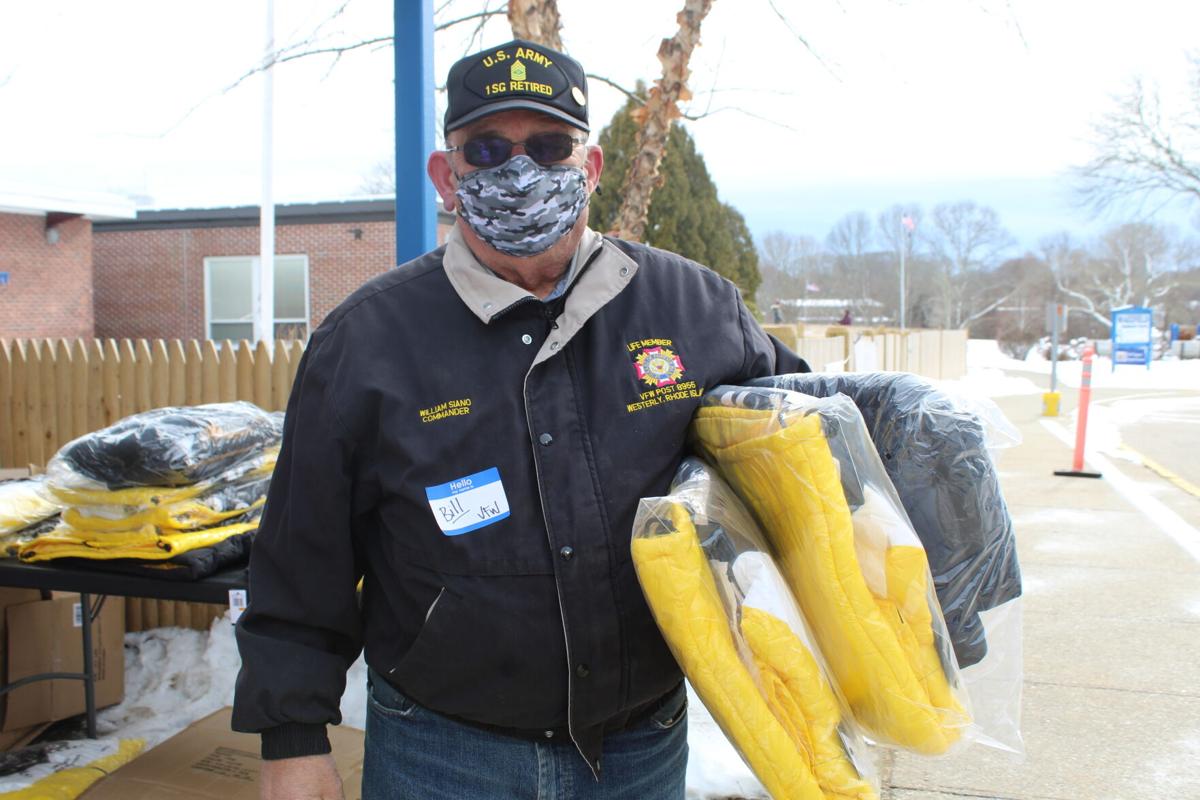 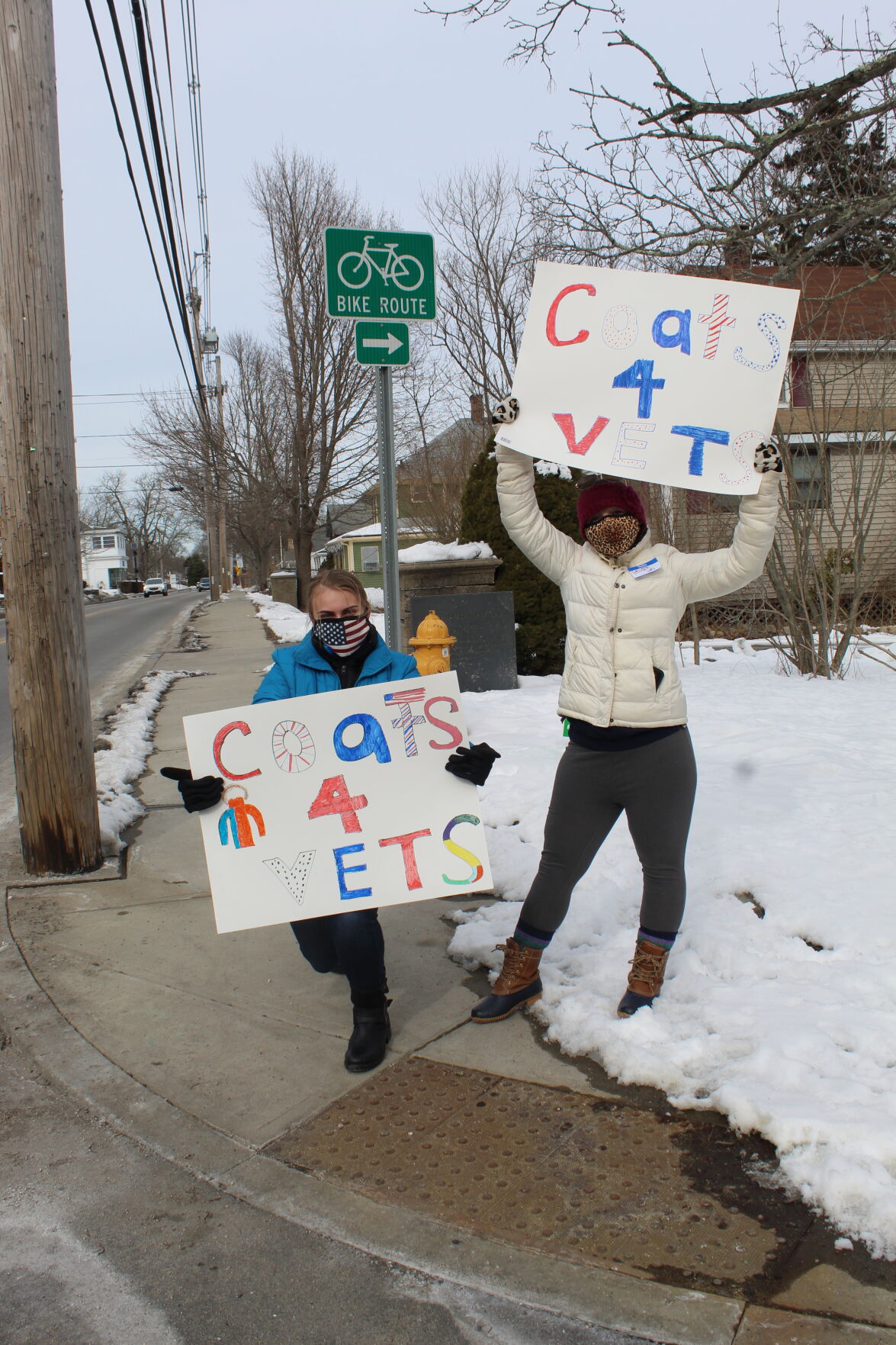 WAKEFIELD – Numerous organizations banded together for a good cause over the weekend, but despite being ready and willing to help local veterans in need, turnout was not quite as large as planned.

Still, this past Saturday, dozens of volunteers from VFW Post 916, the USA Veterans and Military Support Foundation, Vets Inc., Disabled American Veterans, the American Legion and the Student Veteran’s of America braved the cold to hand out coats to veterans in need.

According to VFW Post Commander Joe “Tiger” Patrick, between those who physically picked up a coat on Saturday, those who have signed up and yet to pick up, and a small handful of others for those who might have missed out — more than 50 South County veterans will have benefited from this coat drive. The event, also made possible thanks to a partnership with the Ocean State Job Lot Charitable Foundation, could have serviced as many as 200 veterans.

“It’s hard getting the word out, because if you’re in need of a jacket, you probably don’t have social media,” explained veteran Joe Pine. “How do we reach you? That’s an obstacle we’re diligently working on.”

The University of Rhode Island secondary education major and Student Veteran’s of America members said the pandemic has only made reaching those in need that much harder. Addressing issues like food and health insecurities has simultaneously become more difficult and vitally necessary

One way organizations are working to address veterans in need is by providing resources and information to homeless shelters and food banks, as well as the VA Hospital.

While some volunteers worried it was too late and too cold in the season to be handing out coats, and that most people had already broken down and bought a warm coat for the year, as a veteran, Pine worries that some people still don’t want to ask for help.

He hopes asking for help becomes something that’s more normalized.

“On the battlefield you call for help, so why wouldn’t you do that here?” he said. “There are other veterans who could be in a better place than you, who are willing to help.”

Barbara Foley of USA Vets, who transported the coats to Wakefield Elementary School, said the turnout was much smaller compared to some of the organization’s other recent events. That same day, USA Vets held a food box distribution in New Bedford where 1,000 boxes were claimed, according to Foley.

“This is a different experience,” Foley said.

Box distribution projects were also happening in Springfield and Hyannis, but Foley believes that their success in Massachusetts is likely due to their longstanding history and involvement in the state. In Rhode Island, USA Vets is still very much a newcomer.

“From what we understand from the director, and from the other volunteers here, there’s a really great need down here,” Foley said. “We’re just going to have to keep at it, establish some trust and be a source of programs and services for them.”

While many of the volunteers this past weekend were veterans, Deb Burton, president and executive director of RI Elder Info came with the goal of simply connecting Rhode Island’s aging veteran population with resources and services available to them.

At RI Elder Info, Burton’s mission is to get information and resources out to seniors, caregivers and professionals, with the goal of allowing seniors to remain independent as long as possible.

“One veteran in need is too many,” Burton said. “When men and women sign on the dotted line to possibly die for me, then it’s my responsibility to make their lives as easy as I can — and my area of expertise is providing  information on getting older.”

When veterans came to pick up a coat last weekend, they were also provided with a booklet she put together, compiling all the resources available to veterans in Rhode Island.

Although her work of empowering the elderly population is more broad based, Burton said it was a pleasure to be able to come together with so many other volunteers this weekend, all of whom “‘believe in getting resources to folks in need.”