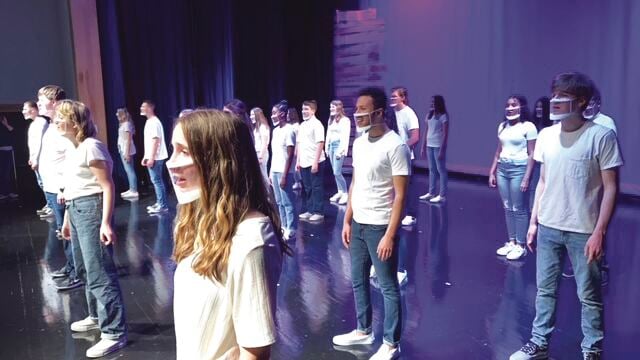 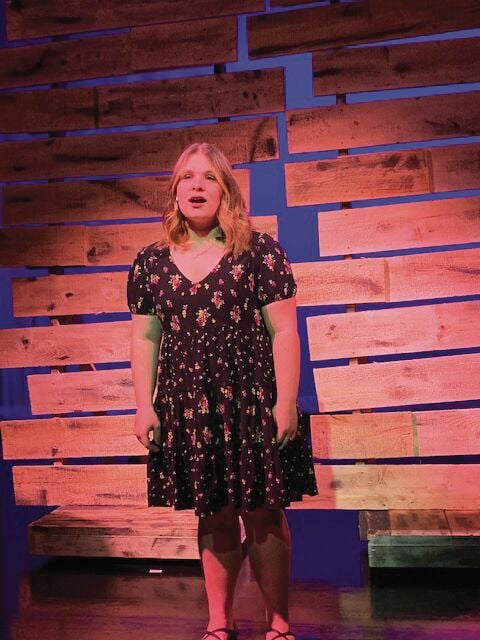 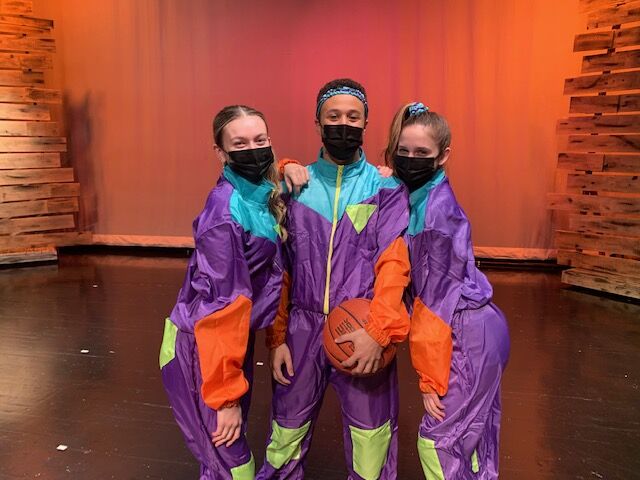 WEST WARWICK — After a year in which theaters worldwide were dark, the curtain will finally rise this weekend on a musical production unlike anything the West Warwick High School Players have done before.

“Usually in a musical, it follows one story,” said Gianna DaSilva, a West Warwick High School senior and actor in the Players’ first performance in over a year. “This show is different.”

Premiering online this Saturday, "Songs for a New World" is a virtual song cycle; a collection of stand-alone stories woven together by a common theme. They’re tales of transitions, of taking a stand, and of adapting to new circumstances.

“All of the songs are about making choices, about having to overcome obstacles, having to overcome adversity, as well as how we handle positive things,” said Richard Marchetti, who directed the production alongside Rikki Spelman.

The pre-recorded production features a range of musical genres, with some songs performed as solos or duets, and others as ensembles.

DaSilva, for example, sings a song called “I’m Not Afraid of Anything,” about an apparently fearless girl; senior Ayden Courage, meanwhile, performs “Flying Home,” sung from the perspective of a soldier killed in battle.

Like DaSilva, Courage has been a member of the drama programs in West Warwick since middle school. Theater is a huge part of her life, she said, so going without it over the last year has been tough.

“This has definitely been something to look forward to,” said Courage, who plans to study general music at the Community College of Rhode Island next year and is considering someday pursuing a career in music therapy.

“Music and plays,” she continued, “they give me a purpose.”

And although “Songs for a New World” won’t be shown live, Courage said she’s grateful to finally be back in the West Warwick High School auditorium performing with her peers.

“It’s not in the way that it was before,” she said, “but it’s something, and I’m grateful for it.”

Courage isn’t the only one who feels that way, either. For DaSilva, too, it’s been awesome to return to the stage.

“After everything that’s happened over the last year, this was much needed,” DaSilva said. “To see my friends again and get back to it has been so much fun.”

Despite having to take a number of virus precautions in order to bring the production to life, Marchetti said it was important to him and Spelman that there be a show this year.

“We wanted some kind of normalcy,” he said. “We wanted to be able to have a season, even if it meant to do this virtually.”

Every concert over the last year has been pre-recorded for online viewing; instead of staying at school in the afternoons to rehearse for upcoming performances, like in pre-pandemic days, students and their teachers have been heading straight home after the final bell. So having the opportunity to finally come together on stage — even if it was, for the most part, only a few students at a time — was a relief.

“The kids have been craving it,” Marchetti said. “Their everyday lives are in upheaval right now — and ours, too — so it’s been really good for all of us, mental health-wise, to have this project that we’re working toward. It feels good.”

And while the experience has been much needed for both the cast members and their directors, DaSilva added that she hopes it can provide a bit of normalcy for audience members, too.

“Since we are in these troubling times, it’s like a breath of fresh air to see people performing and singing on stage again,” DaSilva said. “It’ll kind of feel like some normalcy in this crazy world right now.”

Written by Tony Award-winning composer and playwright Jason Robert Brown, “Songs for a New World” was chosen for a few reasons, Marchetti said.

Aside from its music being “absolutely stunning,” he said, the production could be easily adapted to a virtual format — the original plan had been to perform “Anastasia,” but that would have been tough to pull off given the pandemic restrictions.

“It was the right show for the time,” he added.

Since most of the performances that make up “Songs for a New World” are done by only one or a handful of students, Marchetti said, it was easy to separate the cast of 40 students to rehearse for and then record the show.

Rehearsals began in the first week of March, and took place both in person and remotely.

“We only really had the whole cast come a couple times, just to teach them the large numbers,” Marchetti said of the rehearsal process. “Everything else was done through small coaching.”

When groups did perform together in person, strict protocols around mask-wearing and social distancing were followed to avoid spreading COVID-19.

The production’s underlying theme of hope also seemed appropriate for the times, Marchetti said of selecting it.

“Right now, in this current climate, the ‘hope’ piece of it is something that we’re really leaning on,” he said.

And although “Songs for a New World” will look a lot different than any previous performance by the West Warwick High School Players, Marchetti is sure that viewers won’t be disappointed.

“I think anybody who has seen our shows in the past knows that we try to put on high-quality theater,” he said, “and this is going to be no exception.”

The show, Courage added without hesitation, will be “a fantastic production.”

“Maybe I’m biased,” she added, “but I think that everything the West Warwick High School Players put out is top tier.”

“Songs for a New World” premieres at 7 p.m. on Saturday, May 1, and can be viewed any time through next Sunday. Tickets are $15, and can be purchased by visiting wwhsplayers.weebly.com.