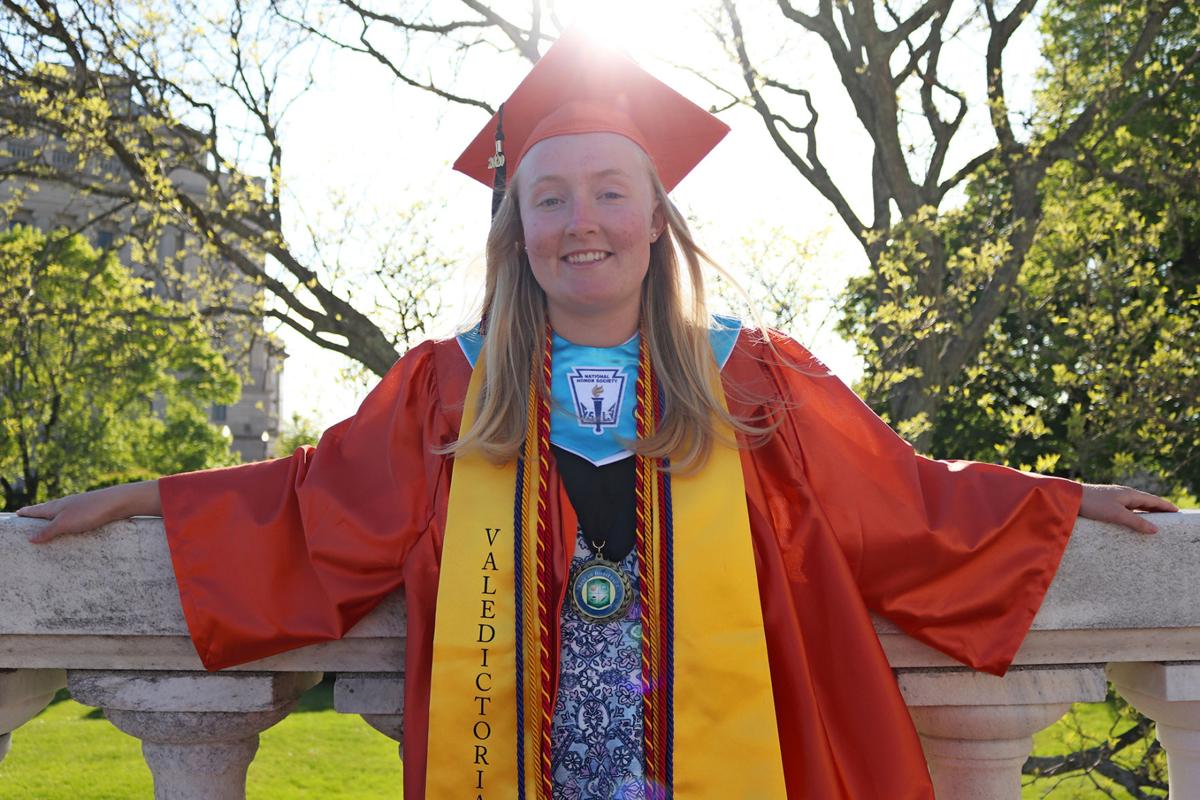 Megan O’Kelly, valedictorian of the West Warwick High School class of 2020, plans to study engineering at the University of Rhode Island in the fall. 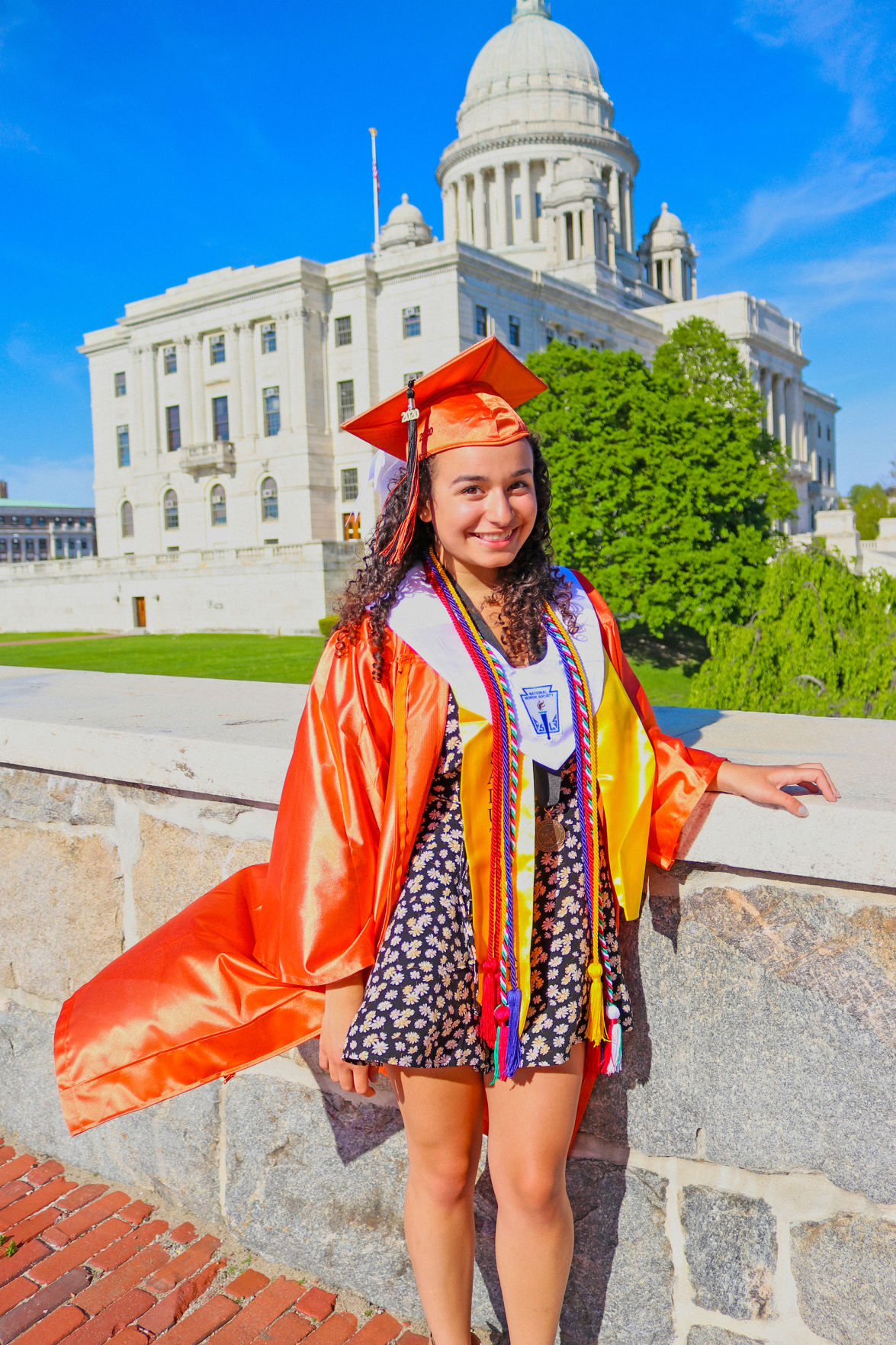 Megan O’Kelly, valedictorian of the West Warwick High School class of 2020, plans to study engineering at the University of Rhode Island in the fall.

WEST WARWICK — Their senior year has been far from normal, but for Megan O’Kelly and Victoria Pelit, who are graduating this week at the top of their class, distance learning hasn’t detracted from the impact West Warwick High School has had on their lives.

Looking back over the last four years, Pelit said Monday that her high school experience was unlike anything she could have anticipated.

“I think we all go into high school with this preconceived notion of how it’s going to be,” said Pelit, salutatorian of the class of 2020. “I think, particularly at West Warwick High School, the whole community is really accepting, and it was very nice to be part of that for four years.”

Still, O’Kelly and Pelit both agreed, it’s bittersweet to be closing this chapter.

“I’m a little bit sad,” said O’Kelly, the class valedictorian. “But I’m excited, too, because I’m ready to go to college and tackle the next challenge — I’m ready to take the next step in the journey.”

A lifelong West Warwick resident who entered the school system as a kindergartener at Greenbush Elementary School, O’Kelly will leave her hometown this fall to attend the University of Rhode Island.

Some of O’Kelly’s favorite classes throughout her high school career were AP statistics, AP calculus and physics. She’d always assumed her future would include a career in mathematics, she said, until the Introduction to Engineering and Technology class she took during her junior year ignited a new passion.

“I had always wanted to be a math teacher before that, but then I sort of changed gears and decided that I wanted to be an engineer,” said O’Kelly, who plans to major in engineering but hasn’t yet landed on a specific engineering field.

As for excelling in the classroom, O’Kelly attributes her success both to long nights studying and to her family’s support.

“They’re always there for me,” she said of her family. “When I’ve had a bad day, they’re there to cheer me up and to help me tackle the next obstacle.”

Pelit, too, said she owes a large part of her academic success to the support of her family — including her brother William, a Brown University student who last year was named West Warwick High School’s valedictorian.

“Our parents always supported us,” Pelit said. “They never put any pressure on us, but we always wanted to make them proud and to make them happy.”

It’s also helped to have a friend like O’Kelly keeping her driven, Pelit said.

“She’s super, super intelligent,” she said, “so having her and my brother in my life, they were a really good motivating force and always pushed me to do better.”

For Pelit, whose family moved to West Warwick when she was around two years old, the plan is to study business economics at Providence College.

Her heart isn’t set on that major, however.

Pelit has always enjoyed studying English. She said she’s considering minoring in it, but could see herself eventually choosing to major in the subject.

And after a recent class project had her playing the role of the prosecution in a mock trial against Victor Frankenstein, Pelit has also begun to seriously consider pre-law as a possibility.

“I guess we’ll just have to see what happens,” she said.

But while her academic interests vary widely, Pelit said her favorite courses in high school were definitely her Italian classes.

“I’m Italian, so I grew up around the culture — eating pasta, having big family dinners — and I knew going into high school as a freshman that I wanted to study Italian,” said Pelit, who’s spent the last four years studying the language.

It was her Italian teachers, Rosario Tramontana and John Giovanelli, who Pelit said were particularly influential as she developed a love for the language.

“They really inspired me to continue learning Italian, and I grew a very deep love and appreciation for the language, as well as the culture,” she said, adding that she intends to continue studying Italian at Providence College and hopes to travel to Italy soon.

Throughout their high school careers, both O’Kelly and Pelit kept busy outside of the classroom, as well.

For O’Kelly, extracurriculars included serving as captain of the cross country and indoor and outdoor track teams; as vice president of the National Honor Society; as editor of the yearbook; and as a member of the World Language Honor Society.

Pelit, meanwhile, was a reporter for the school newspaper, The Magic Word, for four years; a member of both the National Honor Society and the World Language Honor Society; and was part of the Italian and math clubs.

Despite their academic prowess, both students admitted that having to adjust so abruptly to distance learning was tough.

“It’s definitely different,” O’Kelly said last Thursday, just after wrapping up her final day of classes. “I went from taking these difficult classes that required a lot of work, to then having a lot more time on my hands.”

It was also strange, O’Kelly said, to say goodbye to her teachers over a video call.

Pelit added that it was sometimes difficult to find the motivation to work from home.

“But I think that our school tried to make the most of the situation,” she said, “and I think that they did a really good job of doing that.”

As she prepares to move on from West Warwick High School, Pelit added that she feels honored “to have spent the last four years with such accepting, admirable individuals, and to have met such a diverse and unique group of students.”

“Although the end of my senior year definitely didn’t look as I would have expected it to,” she continued, “I’m excited to move on and see what the future holds.”

O’Kelly, Pelit and the rest of the West Warwick High School class of 2020 can be seen later this week graduating in a video that will be posted Friday at 7 p.m. to YouTube.