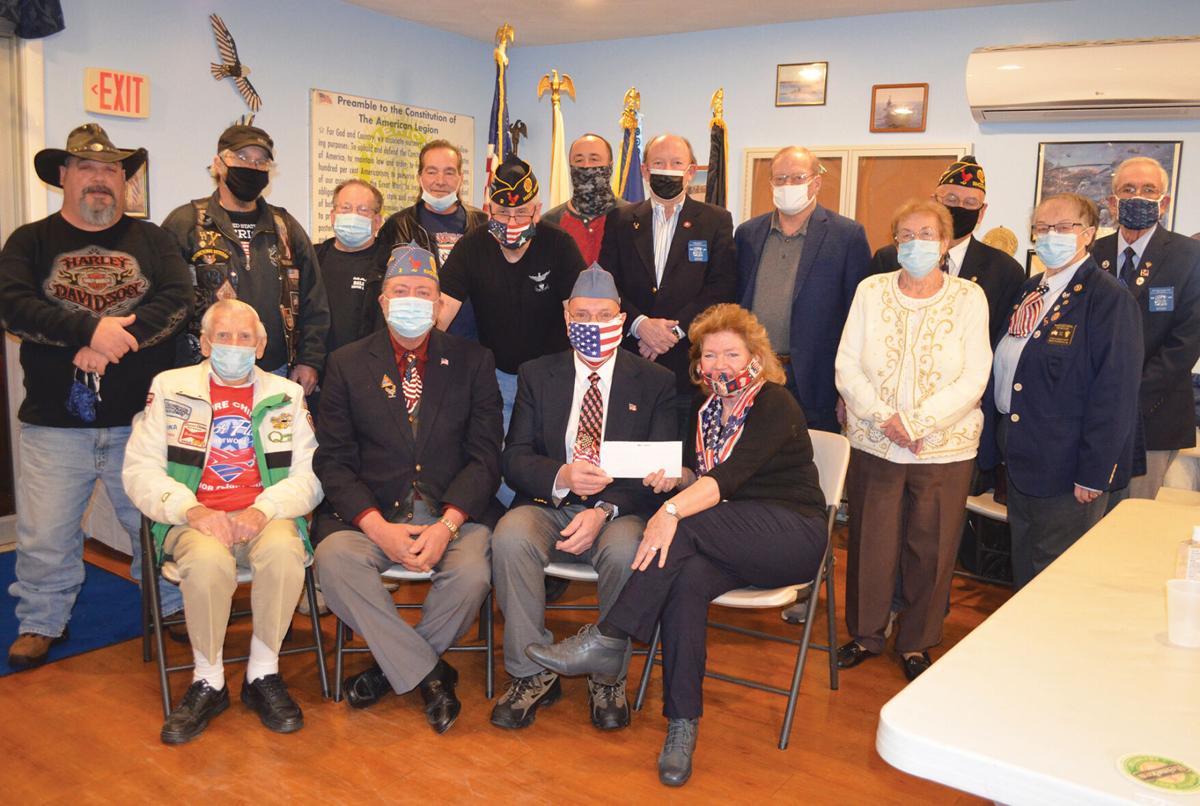 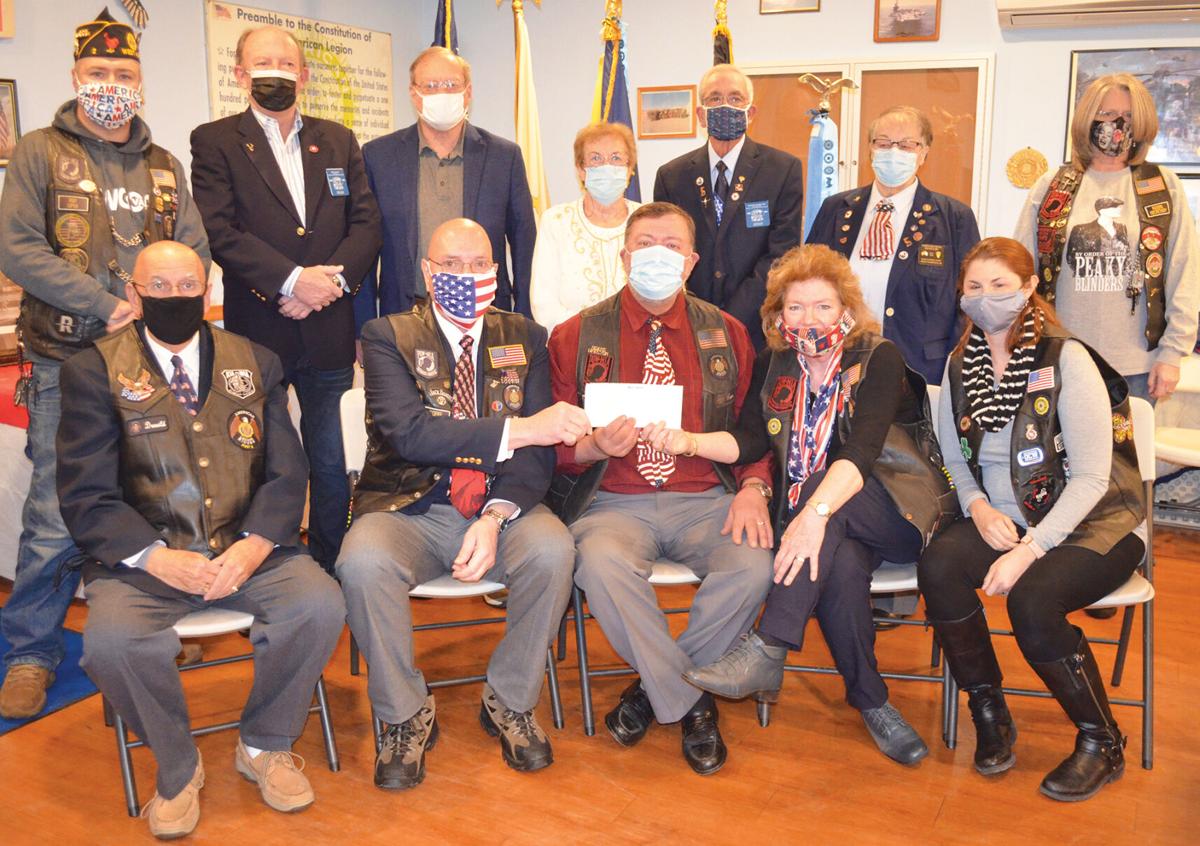 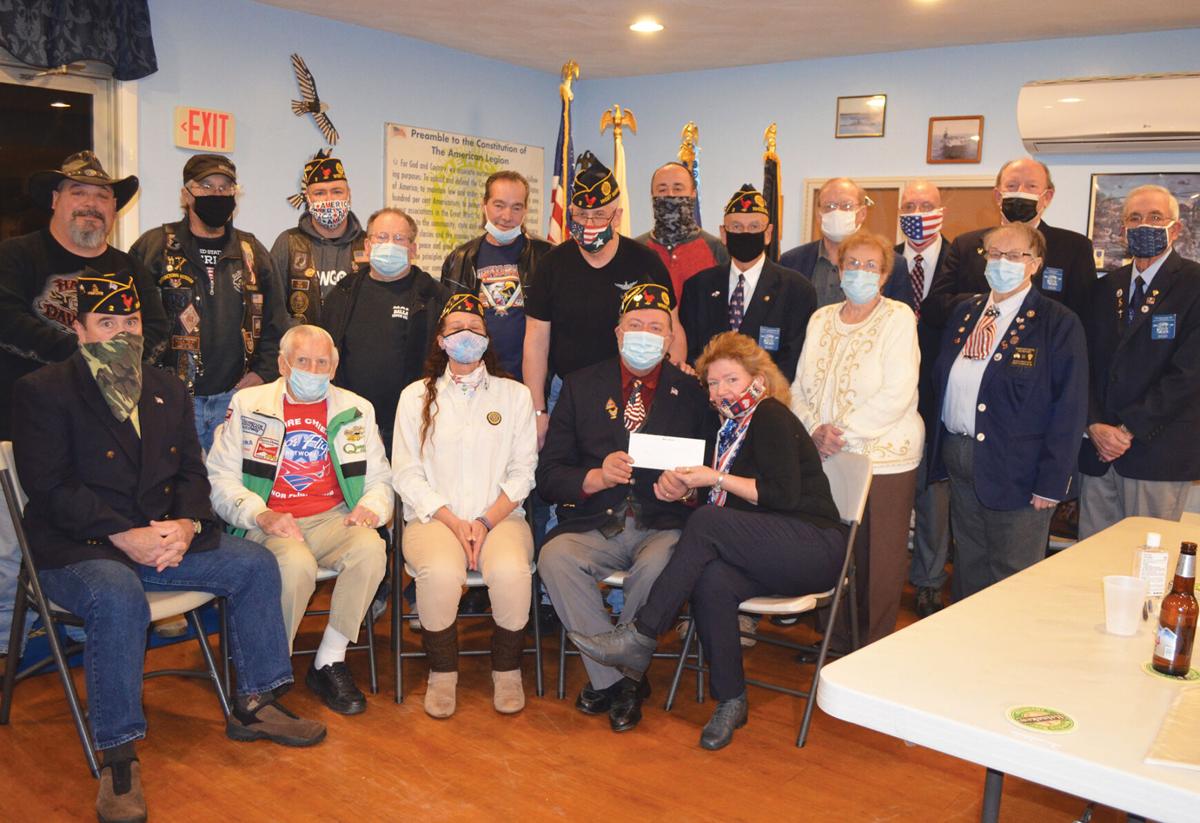 WEST WARWICK — On Saturday, members of the West Warwick Elks met at the American Legion Post 2 to present $2,000 in grant funds to three local organizations focused on improving the lives of veterans.

“This money that’s given here will go to veterans in need,” said Gina Kingsborough, chair of both the West Warwick Elks Veterans Committee and its Grant Committee.

The West Warwick Elks award the grants annually, each year giving them to different organizations around the community. The intent this year was to award them to veterans groups that would in turn use the funds to benefit those in need, Kingsborough said.

“Especially with COVID this year, there’s a lot more veterans that are in need,” she said, just after handing over the checks. “Some veterans need housing, some veterans need help with, maybe, their phone bills, their oil bills. So that’s what these grants are targeting.”

American Legion Post 2 Commander Ron Kingsborough, who also serves as vice commander of the Sons of the American Legion and director of the Legion Riders, said that the Legion in the past has declined grant awards from the Elks, preferring that they be given to organizations with more need. But this year, he said, the help was welcomed.

“[In years past] we said, ‘give it to the Sons, give to the Riders, give it to the ladies’ auxiliary, but we’re fine,’” Ron Kingsborough said. “But this year, we accepted the money."

And the funds are much appreciated, he added.

Manny DiSano, commander of the Sons of the American Legion and assistant director of the Legion Riders, echoed that.

“We’re very grateful,” DiSano said. “The Elks have helped on other occasions, and we’re very grateful because we have to support our veterans, and whatever help we can get, we appreciate it.”

The West Warwick Elks were given $2,500 in Gratitude Grants to hand out — in addition to giving to the veterans groups, $500 went to the West Warwick High School Players.