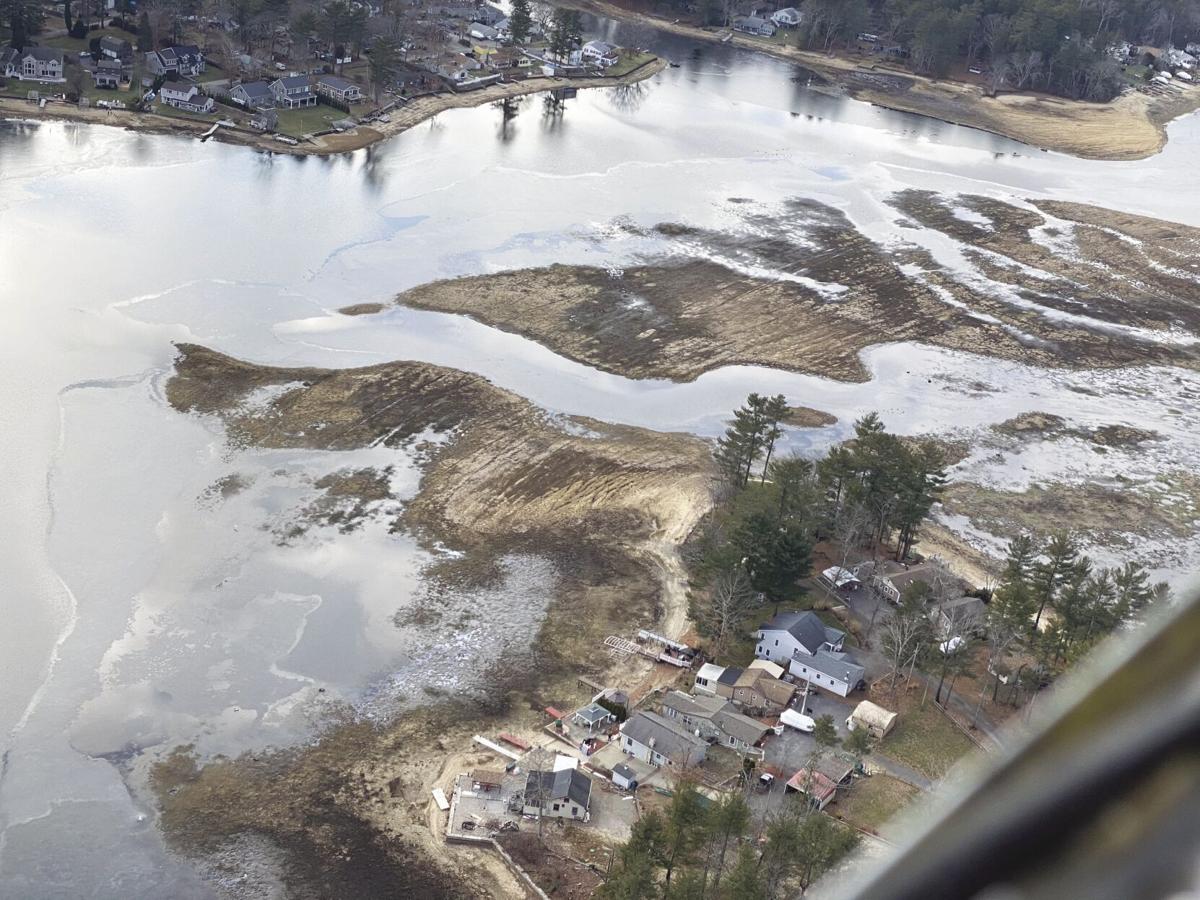 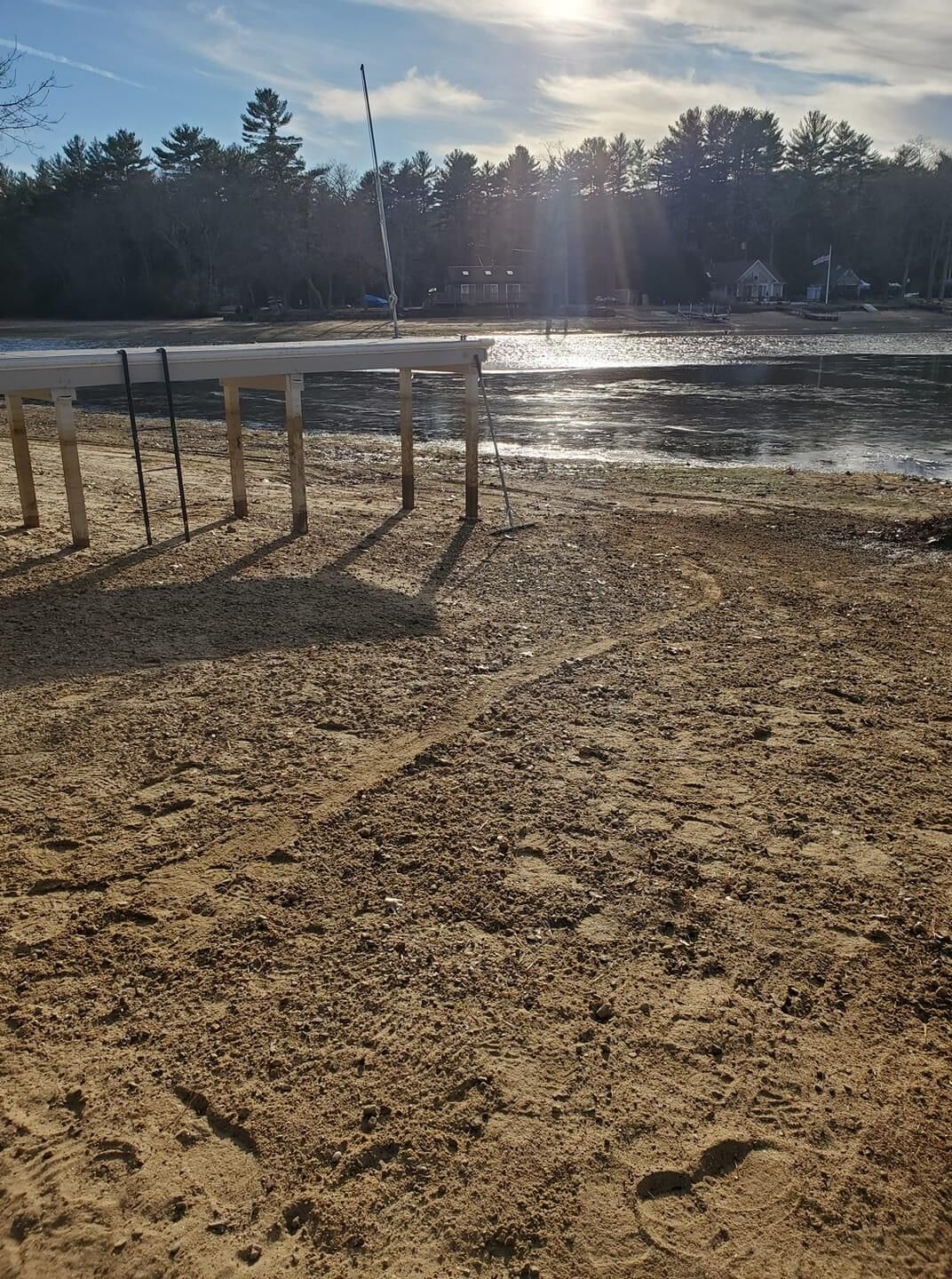 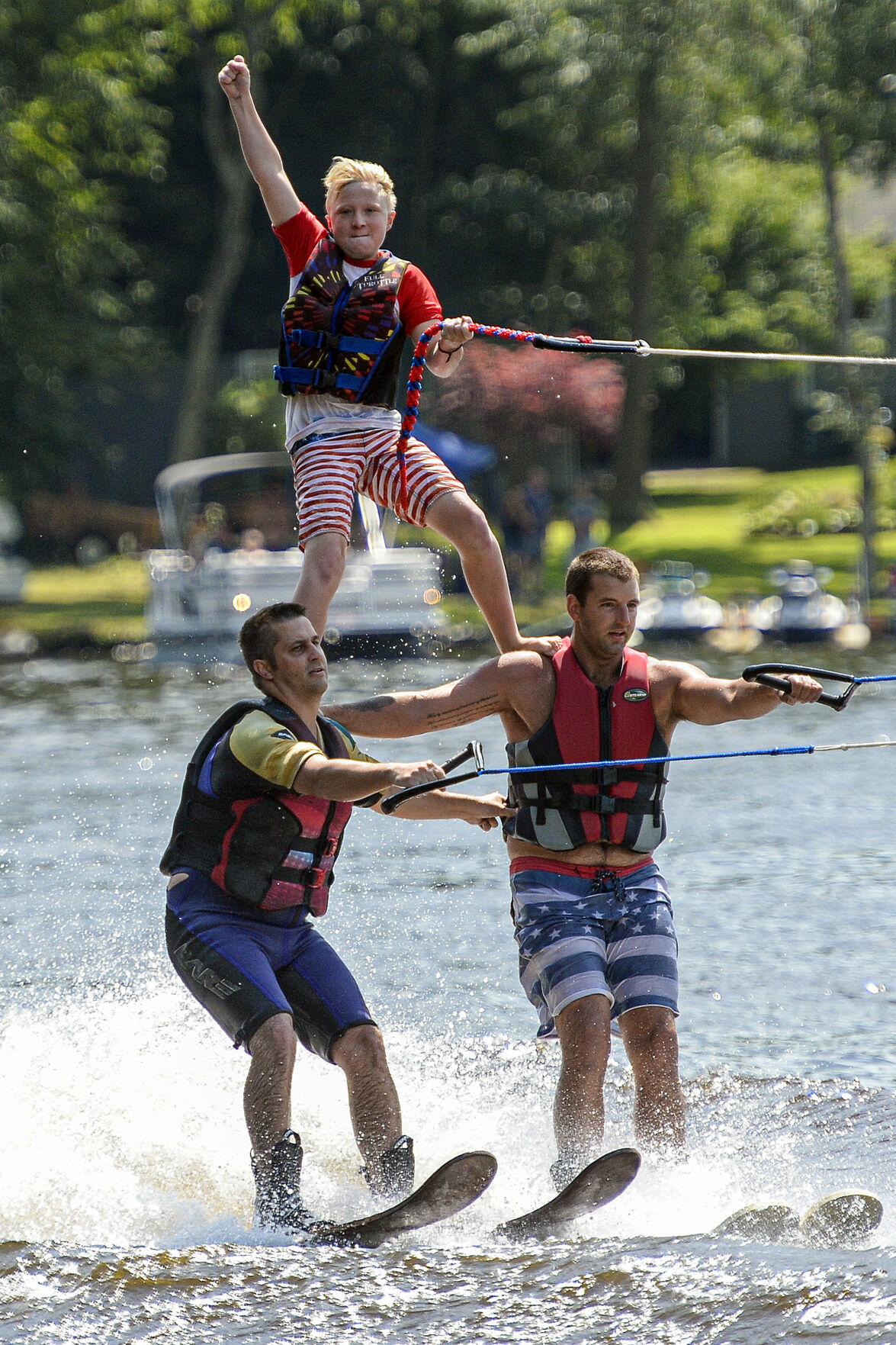 Participants in the 2019 Johnson's Pond ski show demonstrate a stunt during the 47th annual event, held as a fundraiser for the nonprofit Johnson's Pond Civic Association. The pond is a source of relaxation, fun and traditions for residents of Coventry, but uncertainty surrounding its future following the recent sale of the dam and water-flow rights has caused a lot of concern.

Participants in the 2019 Johnson's Pond ski show demonstrate a stunt during the 47th annual event, held as a fundraiser for the nonprofit Johnson's Pond Civic Association. The pond is a source of relaxation, fun and traditions for residents of Coventry, but uncertainty surrounding its future following the recent sale of the dam and water-flow rights has caused a lot of concern.

COVENTRY — For residents of the nearly 700 houses that surround it, as well as many others who live beyond its shores, there’s no place like Johnson’s Pond.

Also known as Flat River Reservoir, Johnson’s Pond is steeped in beloved traditions. Whether by boating, by casting a line from somewhere along its 17-mile shoreline, or by gathering with friends for the annual Fourth of July fireworks display, there are myriad ways to enjoy the 659-acre body of water.

But the sale to Soscia Holdings LLC last March of the dam and water-flow rights, and the uncertainty surrounding the new owner’s intentions, have left residents worried over the pond’s future.

“We did not find out about this purchase until after the purchase and sale agreement was in place,” he said. “No one, in their wildest dreams, thought that something like this could occur.”

The town was also never notified that the dam had been put up for sale, Ed Warzycha, Coventry’s interim town manager, said last week.

Rumors regarding Soscia Holdings' plans have run rampant since community members learned of the company’s $1.7 million purchase of the dam and water-flow rights from their original owner, Quidnick Reservoir Company. Concerns quickly grew as water was drained from the pond at the end of last year, leaving docks standing in mud, far from the water’s edge.

Soscia Holdings has said the pond was lowered over liability concerns tied to the dam’s condition. The company has sued the town, alleging that it failed to uphold the maintenance responsibilities outlined in a lease agreement that transferred with the sale.

The town countersued, stating that in fact it has kept up with the required maintenance.

Dams in Rhode Island must be inspected every two years and rated as either “good,” “fair” or “poor.” Inspected most recently in 2020, the dam on Johnson’s Pond was determined to be in “fair” condition, the same rating that it’s received for years.

Doug Soscia said he was told by the state Department of Environmental Management, which regulates dams in Rhode Island, that “'fair' is defined as a component that requires maintenance.”

Warzycha said that despite Soscia’s claims to the contrary, the town has not violated the lease, set to expire in 2024. He said the town has kept up with the routine dam maintenance called for in the agreement.

“We are doing everything possible to ensure that the lease requirements are met and fulfilled this year and for all the years that the lease is still in effect,” Warzycha during Monday’s Town Council meeting. “We are working diligently on this.”

Though he couldn’t say much amid the ongoing litigation, Town Solicitor Nicholas Gorham added last week that the town “[has] a strong case.”

Those who enjoy Johnson’s Pond aren’t the only ones who should be concerned about this issue, said Jonathan Pascua, public information officer for Johnson’s Pond Civic Association.

“This is a big problem for the entire town of Coventry,” Pascua said earlier this month. “It’s a problem that goes beyond the shoreline of the pond.”

Soscia Holdings has said it wants the town to pay $1.4 million per year with a 3.5 percent annual escalation — currently, the town pays $50,000 to lease the dam — since it says the town makes around twice that on the properties surrounding the pond. Otherwise, the company has suggested establishing a dam district and charging waterfront property owners $2,000 each year.

While some residents of the pond could afford to pay $2,000 annually, Lemoi said, many couldn’t and may be left with no choice but to move.

Whether it’s the town or the waterfront residents who would end up paying, Pascua said, all of Coventry’s taxpayers would be impacted.

If the town has to come up with $1.4 million, property owners townwide will need to support that. On the other hand, an annual $2,000 assessment for waterfront homeowners could affect the values of those homes — and if those homes drop in value, the decrease in the tax revenue that they generate would need to be made up somehow.

He said, for example, that an energy company has offered to pay at least $1.9 million per year to install a floating solar array on the pond, acknowledging that it would “have a huge negative impact on people’s property values.” That would be a lucrative option for Soscia Holdings, he said, but added that the company is “willing to sacrifice a half a million dollars a year” to avoid filling the pond with solar panels.

In addition to the impact on residents, Pascua said, all the hubbub could cause businesses whose survival is largely dependent on the pond to take a hit.

“There’s a lot of issues that are tied to this,” he said. “It’s very far-reaching.”

Ann Dickson, president of the Coventry Town Council, this week echoed Pascua’s sentiment regarding the pervasiveness of the issue, which she said the council considers critical.

“We know that everyone is really concerned about the levels of the pond,” Dickson said during the council meeting Monday. “They want to enjoy all the recreational facilities and opportunities that they have for many, many years.”

Christopher Anderson, a local attorney, recently wrote an opinion letter on the situation that has offered a glimmer of hope to concerned residents amid the uncertainty surrounding the issue.

Founded in 1846 by the General Assembly, the Quidnick Reservoir Company created the Flat River Reservoir to feed the water-powered mills that lay downstream. But the entire reservoir in fact wasn’t owned by the company, Anderson noted.

Under a set of state laws known as the Mill Acts, mill owners, who were only really interested in flow rights, were required to purchase just the land where the dam was located, but not the land that would be flooded.

“Thus, the Quidnick Reservoir Co. owned a portion of the lakebed comprising ‘the Pond’ and the flowage rights over the entirety of ‘the Pond,’ including over the land it did not own outright,” Anderson wrote.

Anderson also noted that in Rhode Island, property owners who own any portion of land beneath a body of water — and many of the parcels abutting Johnson’s Pond do extend into it, he said — are entitled to use the entire surface of the water.

“Riparian rights are based on the notion that water is a shared resource for humanity, and it should be shared by everyone, and shared reasonably,” Anderson explained. “As long as everyone’s uses are reasonable, and co-exist, you can’t stop anyone from using it.”

Another interesting issue raised by the case, Gorham said last week, is regarding whether Quidnick Reservoir Company, which he said as a body politic is expected to act altruistically, should be allowed to profit like it did through the sale of the Johnson's Pond dam.

“They have suggested they are entitled to profit,” Gorham said.

Moving forward, Lemoi said earlier this month, the Johnson’s Pond Civic Association has both short-term and long-term goals in mind.

In the short term, he said, the hope is that local and state officials will step in if necessary to ensure the water is returned to its normal level this spring and summer, both for residents’ benefit and for the health of the environment.

Under the lease agreement, the dam’s owners are to keep the pond at certain water levels that vary depending on the time of year — the water is to remain no more than 48 inches below the spillway through March 31, Warzycha said, and there should be a stream flow of at least 40 cubic-feet per second.

As of Monday, the water was 33 inches below the spillway, Warzycha said, noting that it has risen about five inches over the last few weeks. He said the current flow rate is around 150 cubic-feet per second.

“They are right in line with where it’s supposed to be,” Warzycha said, adding that the town will continue to monitor water levels over the coming months to see that each checkpoint is met.

“If, at any point, the water does not come up to where it’s supposed to be based on the lease, we will be taking appropriate action to ensure that it is brought up to the appropriate level,” he continued.

In the long term, Lemoi said, the Johnson’s Pond Civic Association would like to see either the town or the state acquire the pond by eminent domain. Waterfront residents could form a dam management district, he added, and pay an annual assessment well below the $2,000 proposed by Soscia for maintaining the dam.

There are currently two similar dam management districts in Rhode Island — one on Echo Lake in Pascoag, where residents pay in the area of $50 per year to maintain a dam that’s smaller than the one on Johnson’s Pond, and the other on Boone Lake in Exeter.

“We know what we want,” Lemoi said, “and we know what’s best for the entire town of Coventry.”

The issue has also gotten attention at the General Assembly.

Rep. George Nardone said during a joint meeting last week between the Town Council, School Committee and local legislators that he’s been working with the Department of Environmental Management to look at “every available option from the legislative level.”

“Rep. Nardone has really immersed himself in this issue, and is working with the town to try to come up with solutions while the lawsuit is happening,” Rep. Michael Chippendale said. “We have to remain optimistic that a solution will be reached, either in the courtroom or outside of the courtroom, in a gentlemanly way.”

Sen. Leonidas Raptakis has also vowed to fight for the residents who have enjoyed the pond, in some cases, for many decades. He said Senate staff has been working hard on researching ways to protect the pond and its residents, including the possibility of taking it by eminent domain.

“I just want to tell everyone that we’re not going to stop fighting,” Raptakis said during last week’s joint meeting. “We’re going to keep pressure on the parties that have caused some grief.”