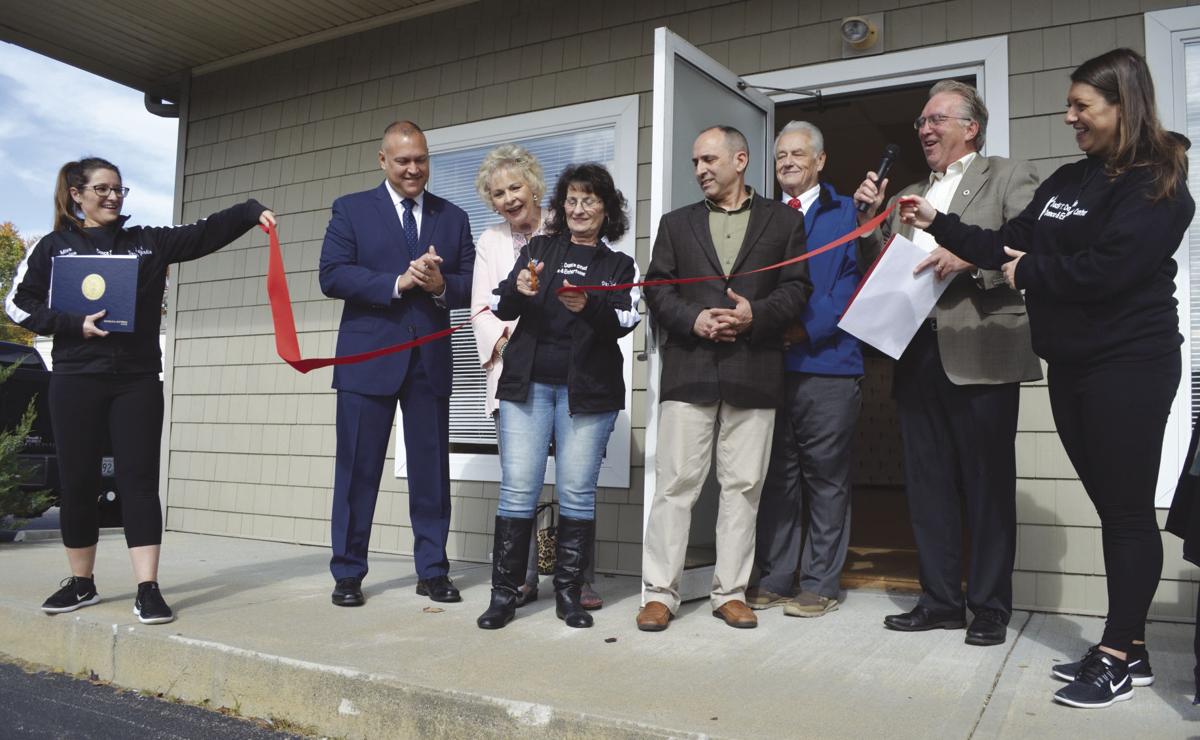 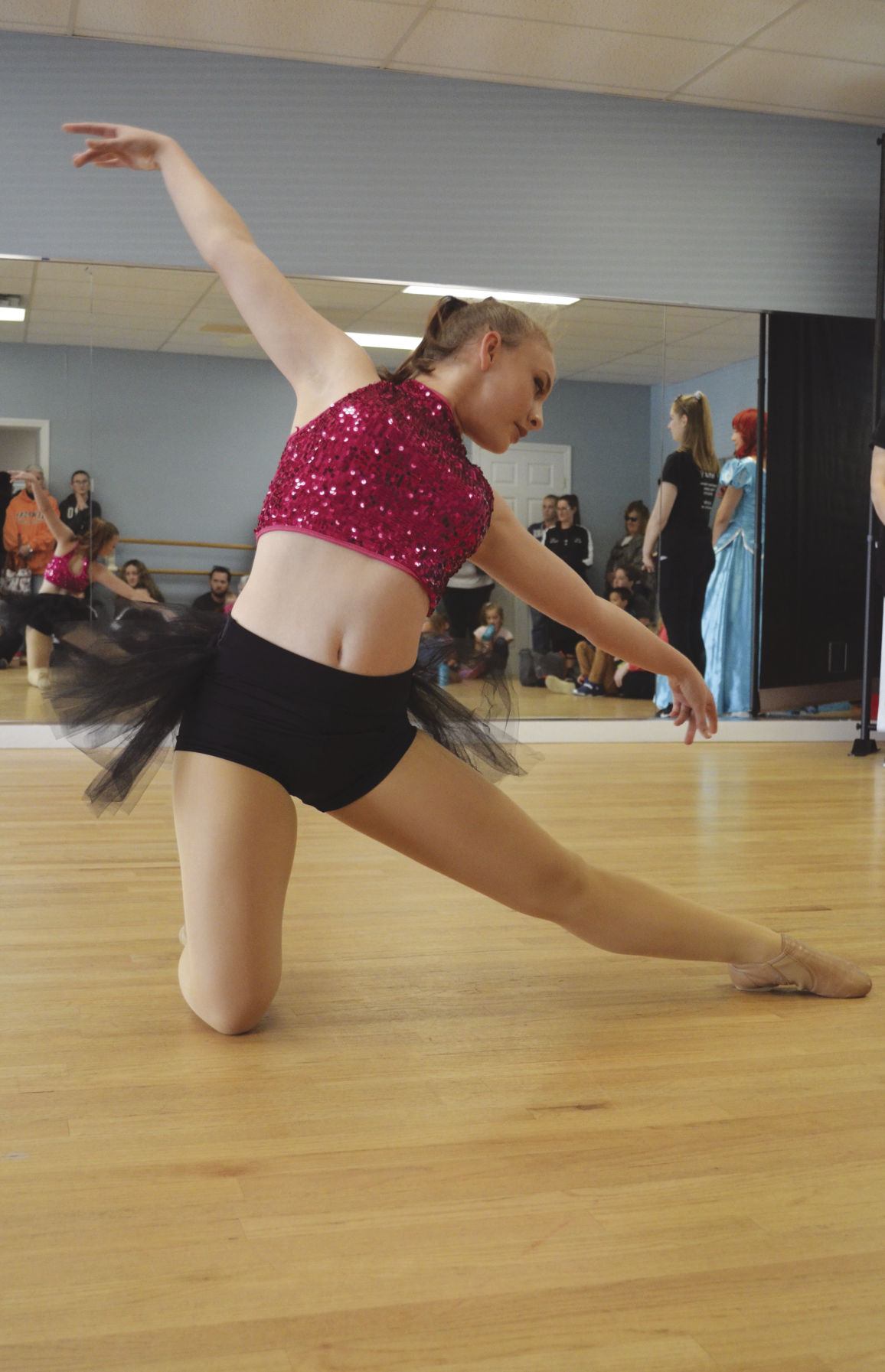 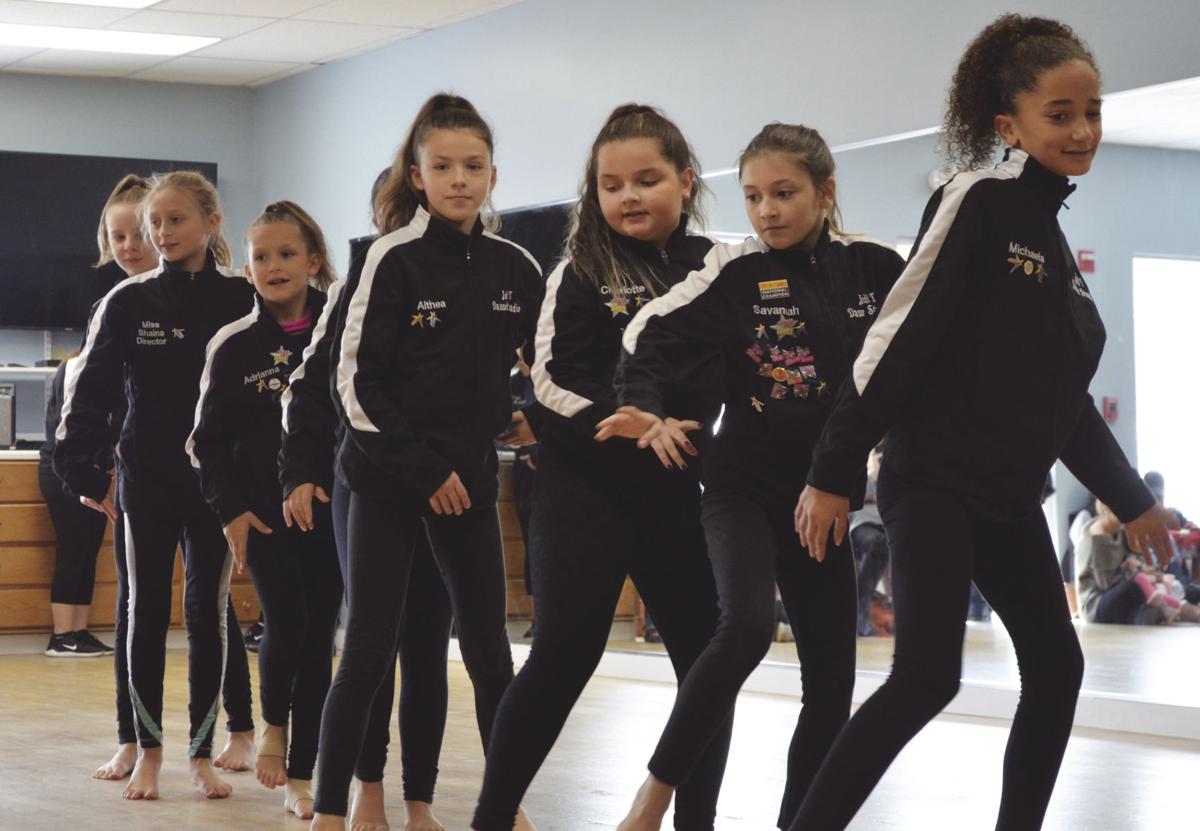 COVENTRY — When Judi Tessitore Nietupski opened Judi T. Dance Studio more than 40 years ago, it was out of a deep love for dance in its various forms. But despite what its name suggests, Nietupski maintains that she, in fact, didn’t found the successful West Warwick-based dance school.

“It found me,” Nietupski said, dressed in a zipped-down black jacket inscribed with “Miss Judi T.”

Now, as Nietupski, her husband Jeffrey and her daughters celebrate the 45th season of the family-run dance school, Nietupski said she feels “blessed” to be opening the doors to a second Judi T. Dance Studio and Party Line in Coventry.

With her daughters and co-owners Jennifer Nietupski and Jessica Briden at her side and her husband standing quietly nearby, Nietupski cut the ribbon Sunday on the new location, a bright and airy storefront at 39 Sandy Bottom Road.

“I want to thank everybody for your support through the years,” Nietupski said, scissors in hand as she stood before a red ribbon surrounded by local representatives George Nardone, Tom Noret, Pat Serpa and Jim Jackson, and town council vice president Greg Laboissonniere.

As she prepared to mark the official opening of her new studio, Nietupski was handed a General Assembly citation recognizing her “commitment to provide an atmosphere where students can develop skills, build self esteem and make memories for a lifetime.”

“This is a beautiful thing that you do for the children of West Warwick and, now, for Coventry,” Jackson said, as the representatives took turns congratulating Nietupski on the new location. “You keep them busy, you keep them focused, you keep them on track.”

Laboissonniere also presented a citation on the town council’s behalf.

“The dance business has been very close to my heart,” said Laboissonniere, whose brother has made a career as a dancer on Broadway. “We’re very happy, Judi, that you brought your long-time business as a second location to Coventry.”

Nietupski’s relationship with dance was born early — she was five years old when her mom enrolled her in her first lesson.

“If it wasn’t for this lady,” Nietupski said, looking toward her 97-year-old mother Anna Tessitore, who sat in a wheelchair close by. “She brought me to dance lessons many, many years ago. Who knew it would turn out to be like this.”

Nietupski fell in love with dancing, and in the years following those first lessons, she strove to learn all she could about the dance traditions of various cultures. And she instilled that same sort of passion within each of her daughters.

For Jennifer Nietupski, who has over 30 years of dance experience, dancing “is life.”

“It’s a passion,” she said, “It shows kids to be happy, to have confidence — it’s an overall experience.”

“Dancing is everything to me,” said Briden, a 2011 graduate of Coventry High School who later became head coach of the school’s dance team. “I love to perform it, and, even more, I love to share it with kids, and even adults, and give them the opportunity to perform and showcase what they love to do.”

Briden said she hopes the new space will attract a new audience of dancers and, in particular, of aspiring Hula dancers.

“I’m really excited about showing that aspect because it’s something different, and the culture is beautiful,” she said.

Having traveled many times to Hawaii to study Hula where it originated — she travels there annually to work with a Kumu Hula, or Hula teacher — Briden said she’s enjoyed working with her mom to teach the traditional Polynesian dance form to Rhode Islanders.

The business has seen quite a bit of growth since its founding in 1976.

First opened in Warwick’s Airport Plaza, Judi T. Dance moved after about a decade to Nietupski’s hometown of West Warwick, where she’s been teaching dance from her Main Street studio since.

Around 20 years ago, Nietupski expanded the business to include Party Line, supplying costumed characters for parties and events.

While many of the courses in the new space will mirror the youth and adult dance classes offered currently at the Arctic Village location, Nietupski said she anticipates things in Coventry will be “even better.”

Nietupski currently employs seven dance instructors, but plans to hire more to accommodate the growing body of students and the expanded class offerings — there are currently around 100 students from all over the state enrolled with Judi T. Dance Studio.

The expansion into Coventry, where she and her family currently live, was actually unplanned, Nietupski added. She said she’d been contacted unexpectedly by the owner of the building, who asked if Nietupski might be interested in renting the space to open another location.

The building previously housed Legein Dance Academy of Performing Arts, and the space became available after the owner of that business retired.

“I thought about it, I said, ‘you know what, let me go look at it,’” Nietupski said of the new location, which features two mirror-lined studios, a kitchenette, a dressing room and plenty of storage space.

“The rest is history,” she continued

And as Nietupski cut the ribbon on the new location before a crowd of instructors and dancers, all dressed in their Judi T. garb, cheers rang through the air.

“We wouldn’t be here today if it weren’t for all of you,” she said, looking out at the crowd filling the parking lot. “From the bottom of my heart, I want to thank you all.”