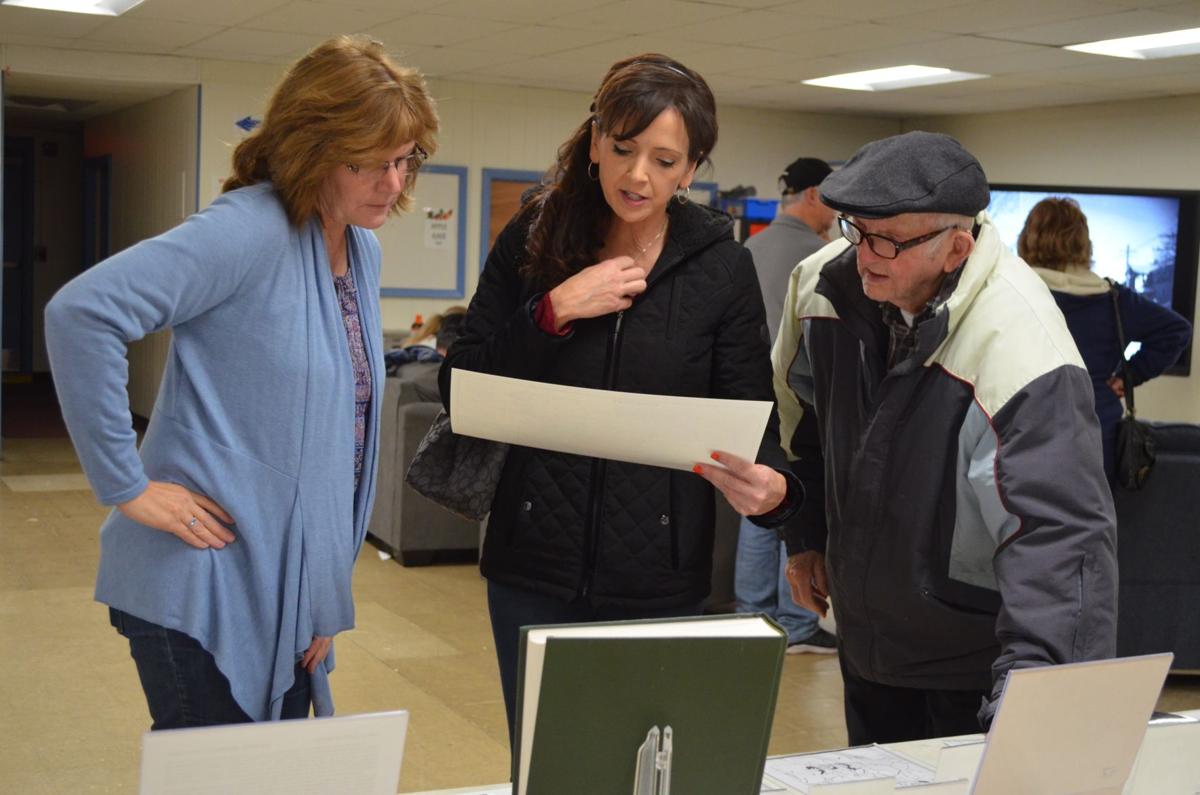 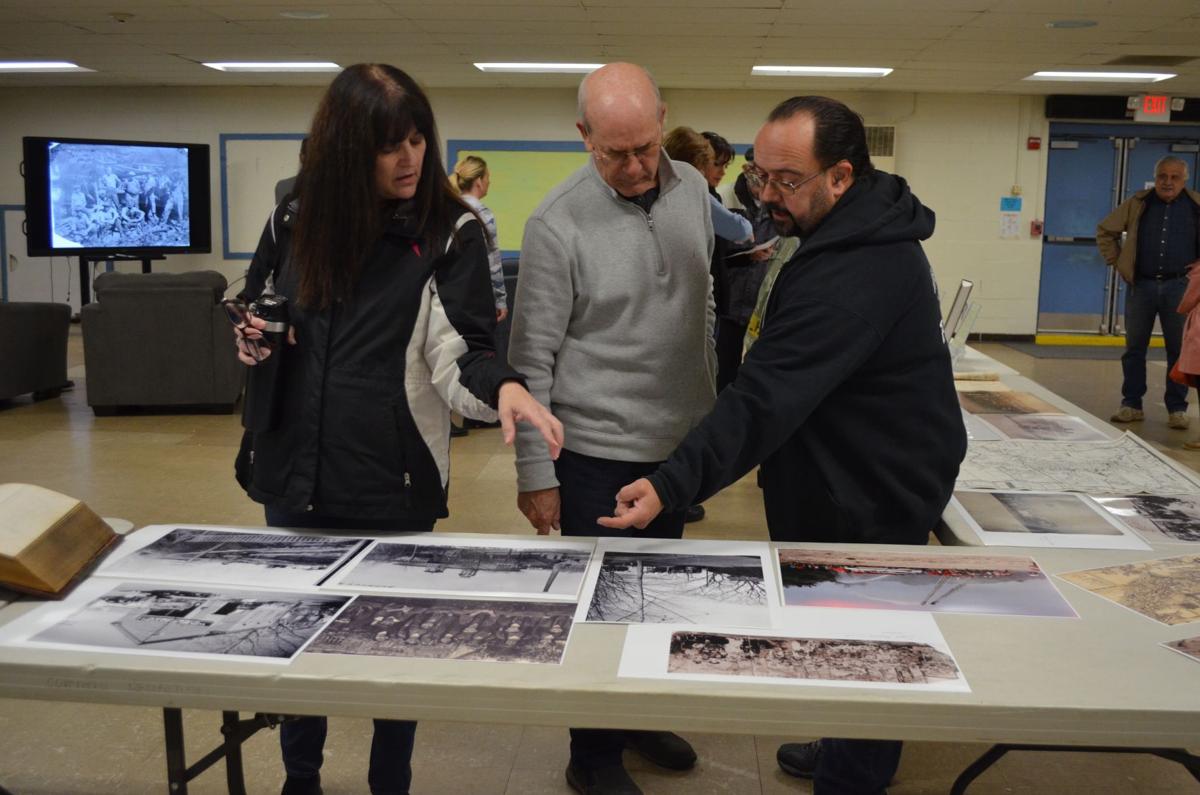 COVENTRY — At an event Sunday in the Guy L. Lefebvre Community Center, century-old documents and weathered maps and photographs were carefully arranged across tables, each item offering a snapshot into Coventry’s past.

“I think people need to know where we’ve been,” said Norma Smith, chair of the Coventry Historic District Commission, as around her community members looked through the collection. “We have a lot of history here.”

Many of the items shown during the exhibition were discovered only recently in a closet at the parks and recreation department, Smith said. Black-and-white shots of Knotty Oak Church and Sandy Bottom Road recorded on photographic plates could finally be viewed, many decades later.

From 1880, a booklet displayed Sunday called “The Social Banner” documents the efforts of Coventry’s early labor unions; a ledger dated 1870 lists financial transactions from the National Bank in Anthony Village.

To Smith, a lifelong resident of Coventry, one of the most interesting artifacts from the collection is a 135-year-old journal packed with a year’s worth of community listings and gossip from around Washington Village.

“It was like the Facebook of the time,” Smith said, flipping through the yellowed pages of “The Telephone,” filled with sections like “Splinters from Washington” and “Spring Lake Jottings.”

Smith said she’d eventually like to transcribe and digitize the newly discovered documents so others can easily read through their content.

Also exhibited Sunday was a collection of maps drawn by George Matteson, a local historian and mapmaker and the grandfather of Coventry resident Paul St. Amand.

Spread across a couple of the display tables, the maps shown were just a few out of what St. Amand called “a treasure trove of historical documentation,” including thousands of photographs, handwritten notes and historic records, that had belonged to his grandfather.

As he looked over the maps, each meticulously hand-drawn and labeled, St. Amand recounted his frequent after-school visits to his grandfather’s house.

“He would sit there at night at his desk,” St. Amand recalled watching his grandfather, who he credits with inspiring his own passion for architecture. “I’d go there every day after grammar school, and he would have me drawing trains and houses when I was seven or eight years old to keep me occupied.”

Matteson altogether mapped out 13 Rhode Island towns, setting out by foot to chart out the land for each. Featuring interesting tidbits about the towns and their histories, the maps detailed the locations of houses, businesses, water bodies and various other landmarks.

“He would literally walk all the streets to get the information,” St. Amand said of his grandfather, who died in 1976. “He was quite the character. He really was.”

And it wasn’t only his passion for cartography that kept Matteson busy — he was also a forest ranger who made frequent visits to schools to speak with students about fire prevention. A series of devastating forest fires in the 1940s and ’50s led to the creation of Rhode Island’s forestry department, St. Amand said, and Matteson was among those who manned the numerous fire towers dotting the state.

Those who knew Matteson — who one year was named Coventry’s Man of the Year — could hardly believe it was possible to create such detailed maps covering so many parts of the state while working a separate career.

“We always say it,” St. Amand said. “We never understood how he ever accomplished all the things he did.”

A number of photographs from Matteson’s collection were also shown Sunday — in one, dated circa July 4, 1900, a group of Civil War veterans stand shoulder-to-shoulder, one of them holding closely to an American flag. At the end of the row of veterans stood Charles “Boss” Brayton, the notorious Rhode Island politician.

On the next table over, a display of photographs from the Pawtuxet Valley Preservation and Historical Society Cemetery Group depicted several of Coventry’s historic cemeteries.

As visitors to the exhibition took their time looking over all the maps and photos and documents, Smith said she hopes in the future to hold events more frequently to show off local relics.

“A lot of these things need preservation,” she said, “so we need people interested in helping us raise the funds for that.”

The historic district commission currently doesn’t have a location where it can permanently display objects like those shown Sunday — many of those items are currently being housed at the community center.

One of the major goals of the commission, Smith said, is to acquire a place to keep the precious artifacts. With fire dispatch moving into the new police and human services complex, she added that the Stanley Mruk Building could be an option.