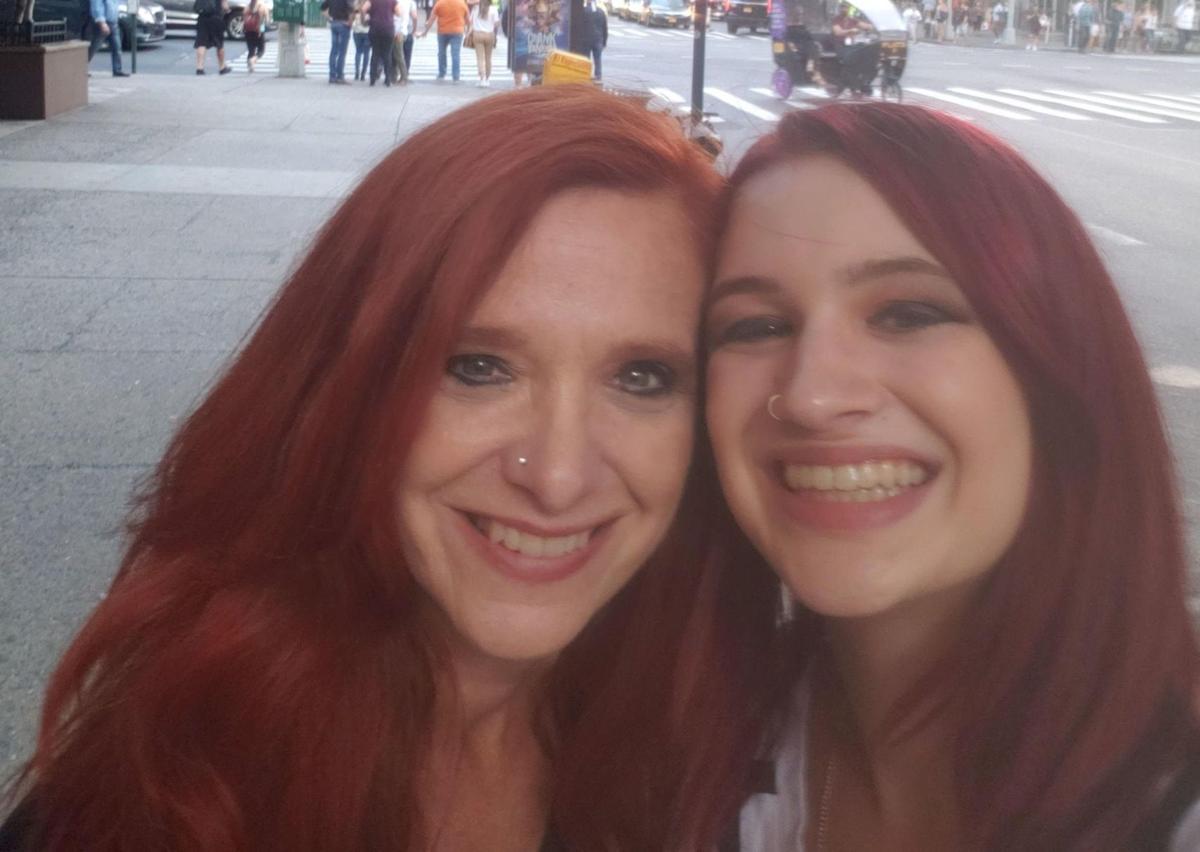 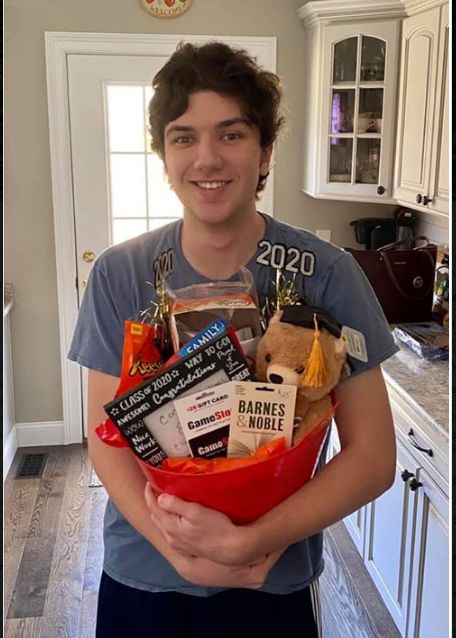 Coventry High School Senior Ethan Estey holds onto the goods given to him by his adopter. 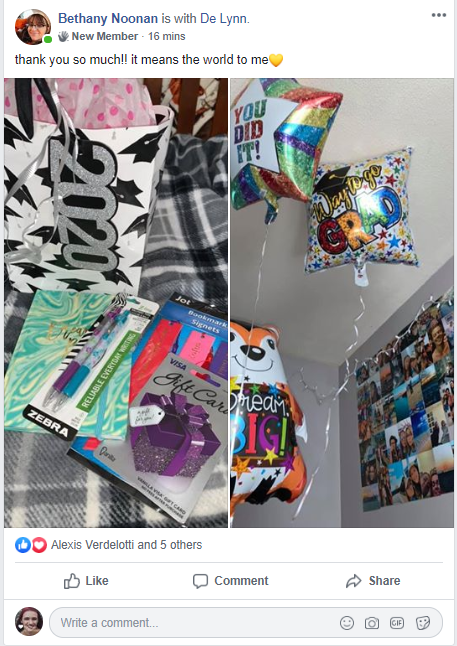 Coventry High School Senior Ethan Estey holds onto the goods given to him by his adopter.

COVENTRY — If there’s one thing Sophia Paliotti hopes the “Adopt a Senior” program gives to her peers in the Coventry High School class of 2020, she hopes it gives them something to look forward to.

“Since we can’t walk across the stage, I just went them to feel excited about something,” said Sophia, a senior at the school who together with her mom, Laurie Paliotti, launched the program on Facebook last week. “I just want them to get some joy out of it.”

Forced to wrap up their high school education from home, seniors over the last couple of months have had to watch as proms, athletic events, performances and even commencement ceremonies were called off in the face of the COVID-19 pandemic.

The hope for the "Adopt a Senior" program is that each student, amid the disappointment that’s flooded their senior year, receives something that lets them know they’re cared about.

“I said to Sophia, ‘do you want to try something like this?’” she recalled Thursday. “We started with contacting everyone she knew and everyone I knew.”

The duo also hit the streets to pass out fliers around town. And with a boost from someone at the school, who sent an email to each senior alerting them of the program, Coventry's "Adopt a Senior" Facebook group to date has reached more than 1,000 people.

Up and down the Coventry and West Warwick “Adopt a Senior” pages, photos of soon-to-be graduates have been posted by their families and friends alongside brief bios. From those, community members have “adopted” students to whom to send goodies.

Laurie said she and her daughter have been “blown away” by the response of seniors and non-seniors, alike.

“Believe it or not, I have a long waitlist of people just waiting to adopt,” she said. “So many people have come out of the woodwork.”

Adoptions in Coventry as of right now are limited to two per senior, until every senior — there are 355 in the class — who wants to participate has been adopted. At that point, Laurie said, students may get more adopters.

Having received such an overwhelming response, Laurie added that she plans to open the program soon to local home-schooled students, as well.

“We’re getting very close to reaching every Coventry High School senior, and then once we have we’ll be able to open it up,” she said.

And adopters have been pulling out all the stops for their seniors — gift cards to places like Barnes & Noble and Amazon; beach towels and travel mugs and sunscreen; and college swag are just some of what's been gifted so far.

“I had told people that it can be as simple as a card,” Laurie added. “People are going so far beyond, and you know it’s from the heart.”

The impetus behind the program was to bring some cheer to the class of 2020. But, in fact, it’s done much more than Laurie and Sophia had ever expected.

“I cannot believe the way it’s brought people together,” Laurie said. “It’s the most beautiful thing.”