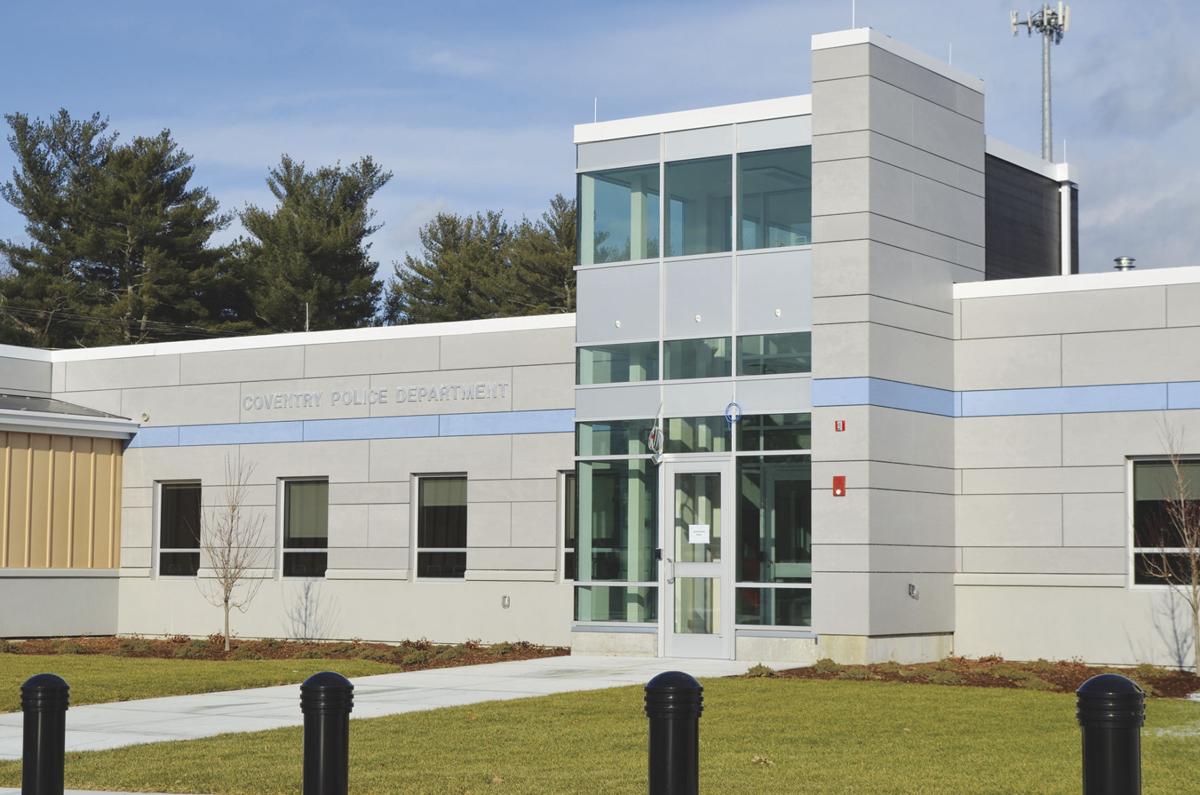 After much anticipation, the Coventry Police Department moved Monday into its new headquarters at 60 Wood Street. 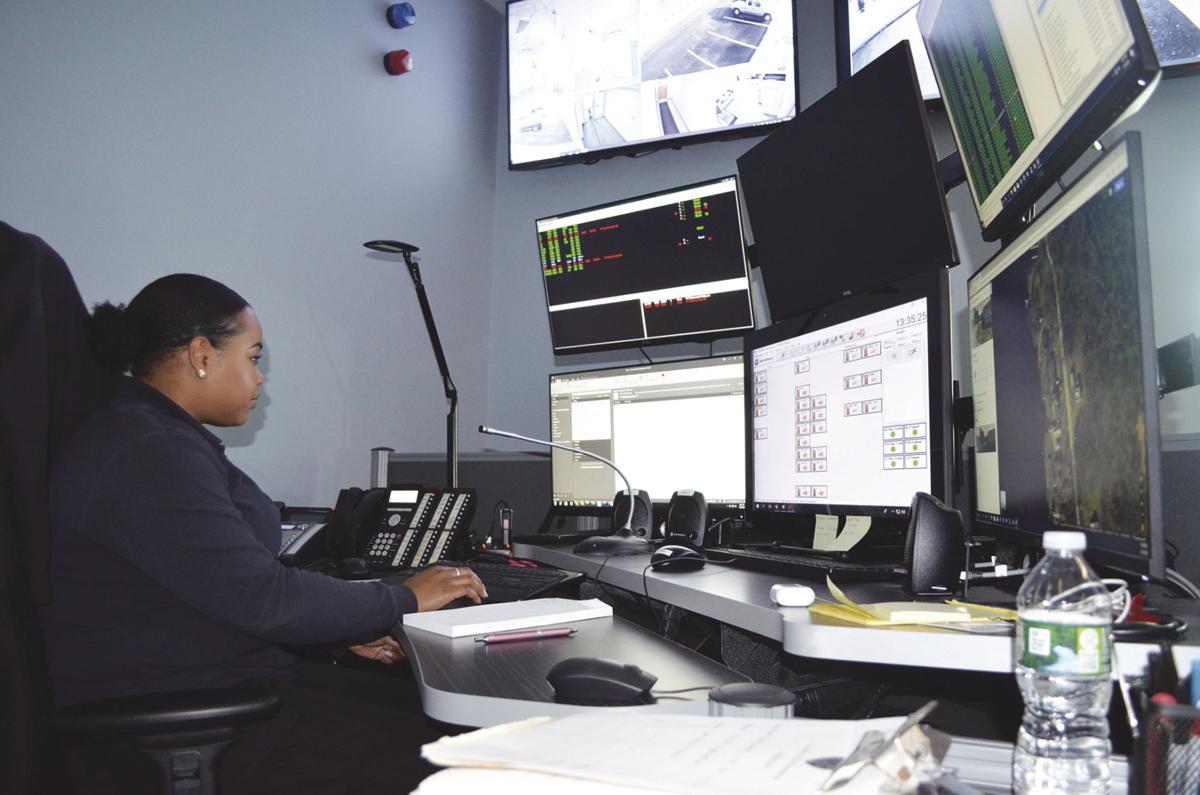 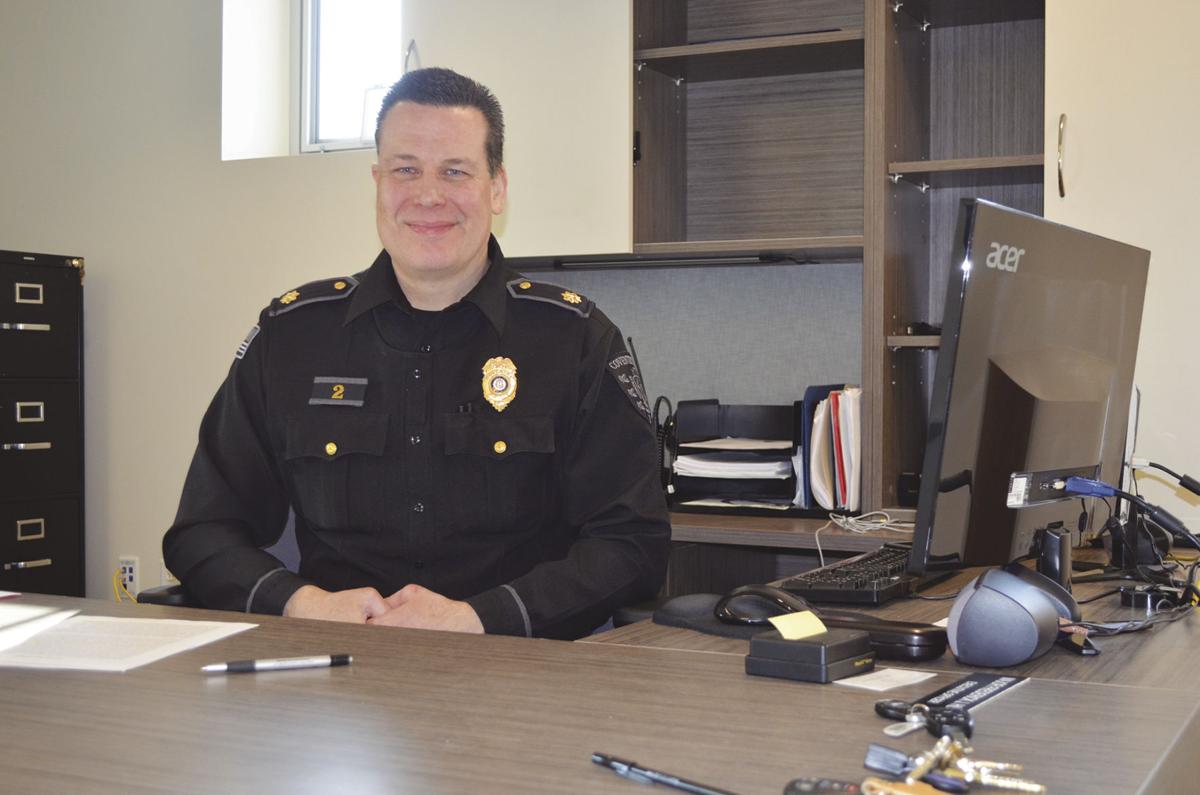 Capt. Frederick Heise sits at his desk in his new office. 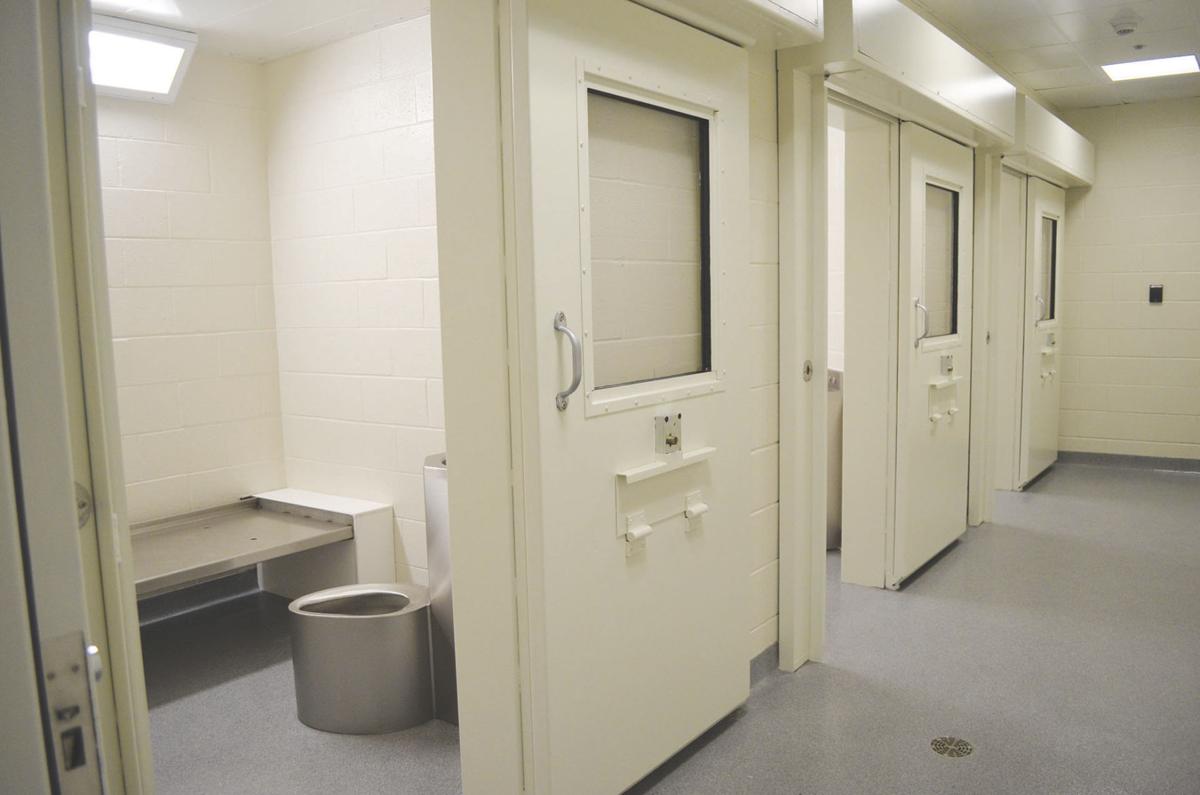 After much anticipation, the Coventry Police Department moved Monday into its new headquarters at 60 Wood Street.

Capt. Frederick Heise sits at his desk in his new office.

COVENTRY — It was a move-in day several years in the making.

Walking Tuesday morning through its lobby, a clean room flooded with natural light, Col. John MacDonald, chief of the Coventry Police Department, said it “feels great” to have finally moved into the freshly renovated Police and Human Services Complex at 60 Wood Street.

Shared by the town’s police and human services departments, the building, built in 1951 as a school, covers nearly 32,000 square feet. Around 18,000 square feet of that belongs to the police department — an area bigger by many-fold than that of the former police headquarters at 1075 Main Street.

“We were cramped,” MacDonald said of the old building, which had only around 5,000 square feet of above-ground space.

Beyond the lobby, people were hard at work Tuesday becoming acquainted with the building’s features and setting up the brand new fire dispatch system.

The room glows with computer and TV screens. Seven flat-screen televisions line the front wall, showing footage from nearly 90 cameras placed around the building’s exterior and the police department’s interior. The hope, MacDonald said, is that the department is able one day to use the screens to monitor public spaces around Coventry, as well.

“Hopefully in the future, as society becomes more video oriented, we’ll be able to monitor things around town,” he said, noting that it could be useful in the schools, for example. “In a situation where there’s an emergency we could look at those cameras.”

And while all that will undoubtedly improve public safety, MacDonald said he anticipates that having fire and police dispatch in one place will be particularly useful as the two departments work together to keep residents safe.

“It was one of the main things we wanted to do, to put fire and police communications in one spot,” he said. “For whatever type of emergency you might have, it’s going to be beneficial.”

“We’re excited to have a new headquarters and new equipment and to get out of a building that was built in the 1800s,” Brown added. “I think it’s going to work out well.”

Before, communication between the two departments was done remotely, with police dispatch located at 1075 Main Street and the fire alarm headquarters located down the road in the Stanley Mruk Building.

“If anything, it’s going to enhance what we do every day,” Brown continued.“It’s a big upgrade.”

Fire dispatchers in Coventry have been stuck for years using antiquated methods of taking service calls, relying largely on paper and pen to record information from the thousands of calls they receive each year.

Now that it’s in the new building, however, fire dispatch is switching to a Computer-Aided Dispatch (CAD) system — an upgrade that MacDonald and Brown agree is a good investment for the future of public safety in Coventry.

“That’s been a long-time goal of theirs,” MacDonald said of switching to the system, a goal brought to fruition thanks largely to a $26,000 Federal Emergency Management Agency grant.

For MacDonald, though, the most exciting feature of the cell block is the sally port that sits adjacent to it.

“At our old building, we had to walk down about 20 steps of concrete with a prisoner into the basement,” he recalled. “That’s not standard practice.”

Located just outside the cell block, a small garage with doors on either end provides what MacDonald called a “much safer” process for officers arriving with prisoners. After pulling into the bay, an officer who’s just made an arrest will lock the front and back doors before leading the person in custody a short distance into a cell for processing.

“It’s a huge upgrade to how we normally did business,” MacDonald said.

Among the other building features that MacDonald is excited about are a garage designated for storage, a well-equipped roll call room, an evidence room with pass-back lockers and rolling shelving where decades worth of arrest files can be stored more efficiently.

“This is really a cool space saver,” MacDonald said, as he wound a handle at the end of a shelving unit, causing it to move.

Another major upgrade in the new building is the restroom situation.

Just one bathroom in the old building was shared by everyone, including visitors.

The new building, on the other hand, features a couple of male and female employee restrooms, as well as a separate restroom for the public. There are also restrooms in the locker rooms, which MacDonald said are yet another improvement over what the department is accustomed to.

Even the lockers, themselves, are a vast improvement over their predecessors, each one equipped with a gun safe, a separate compartment for boots and electrical plugs for charging radios.

“Most officers don’t have offices,” MacDonald said. “They just have their cars and their lockers, so this was a main effort — to get something really nice for them.”

There are still a number of projects, mainly aesthetic, in the works for the new facility. In the lobby, for example, a mural will depict images of local landmarks over a vintage map of Coventry. Another mural planned for the building’s interior, meanwhile, will feature images of former officers of the department.

“It’ll be nice — especially for retirees — to come and visit the building, maybe see their photos on the wall, and see the history [of the department],” MacDonald said, a black-and-white, circa-1925 photograph of Coventry constables in his hands.

For the entirety of his 25-year career with the Coventry Police Department, MacDonald had worked from the headquarters on Main Street. Built in 1941, that building has grown tired, MacDonald said.

As he prepares to retire next month, MacDonald said he’s grateful to have seen the new building brought to fruition.

“This really has dominated my focus since 2017,” said MacDonald, who was appointed that year as the department’s chief.

Voters approved the $12 million bond for the new headquarters in 2016, and MacDonald and others have been working since on making the vision for the building a reality.

“This has been a long journey,” MacDonald continued. “It feels great to be here.”

A grand opening celebration and ribbon cutting have yet to be scheduled, but MacDonald said he expects it will take place in February.