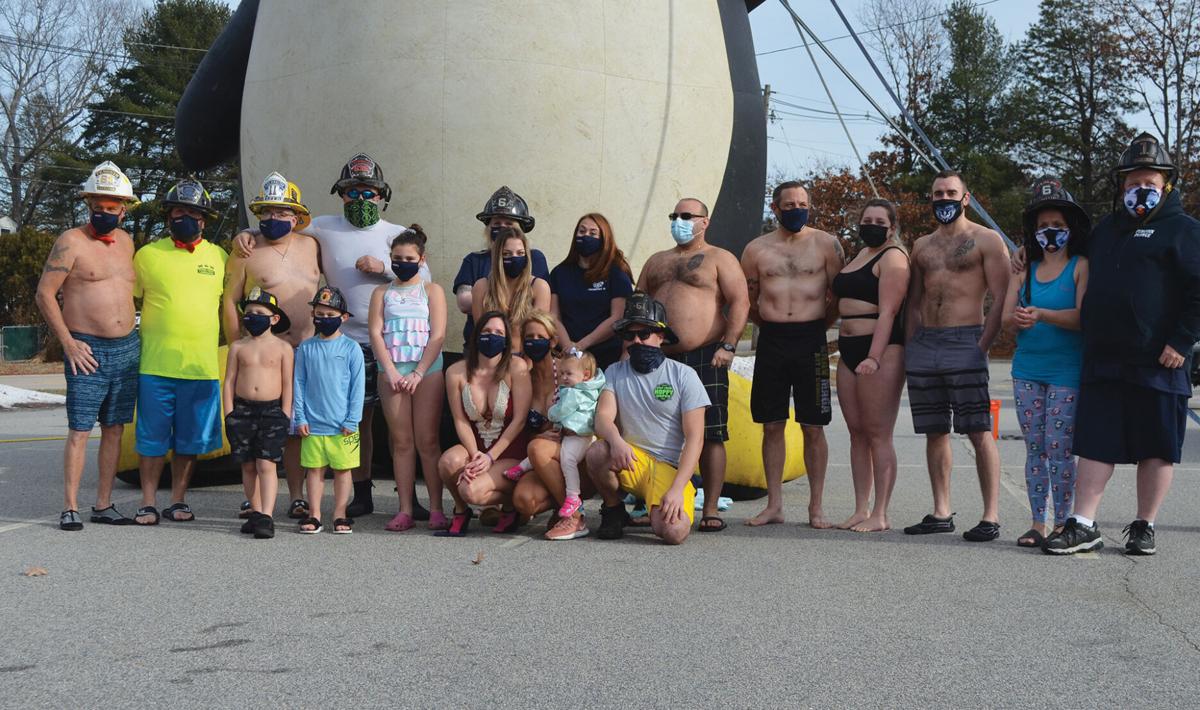 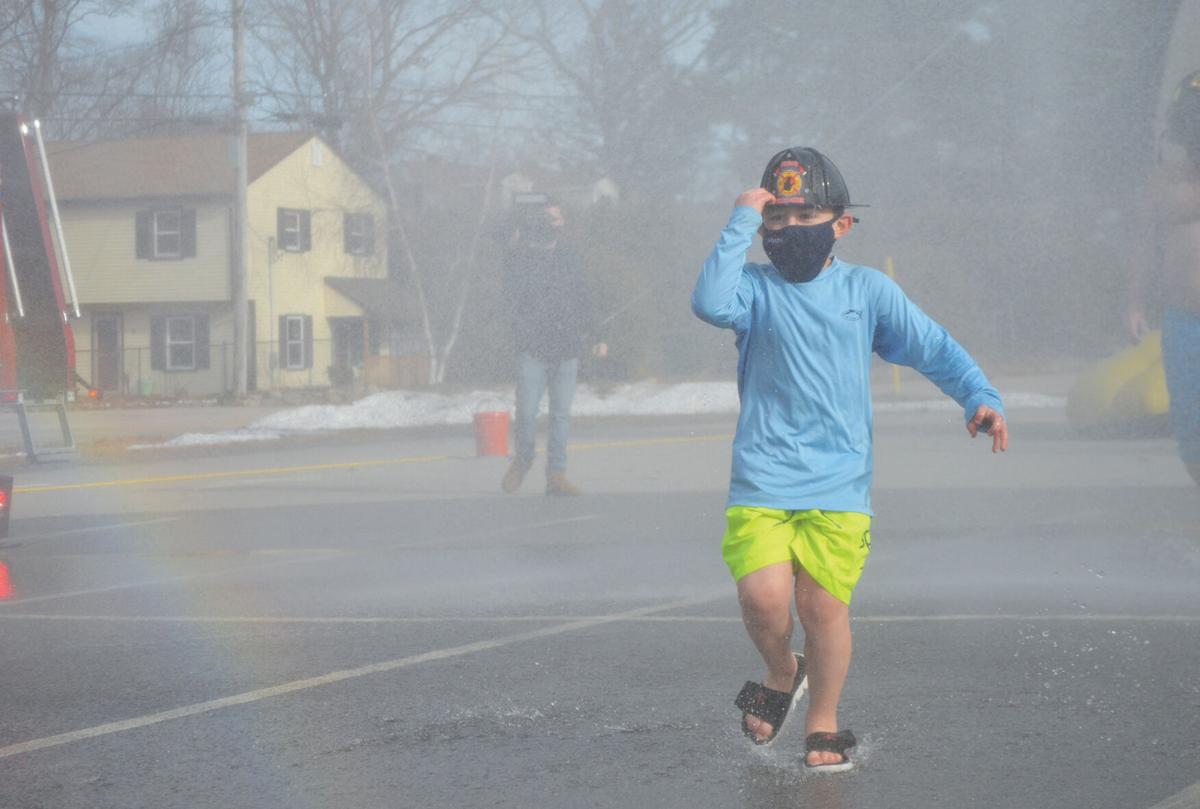 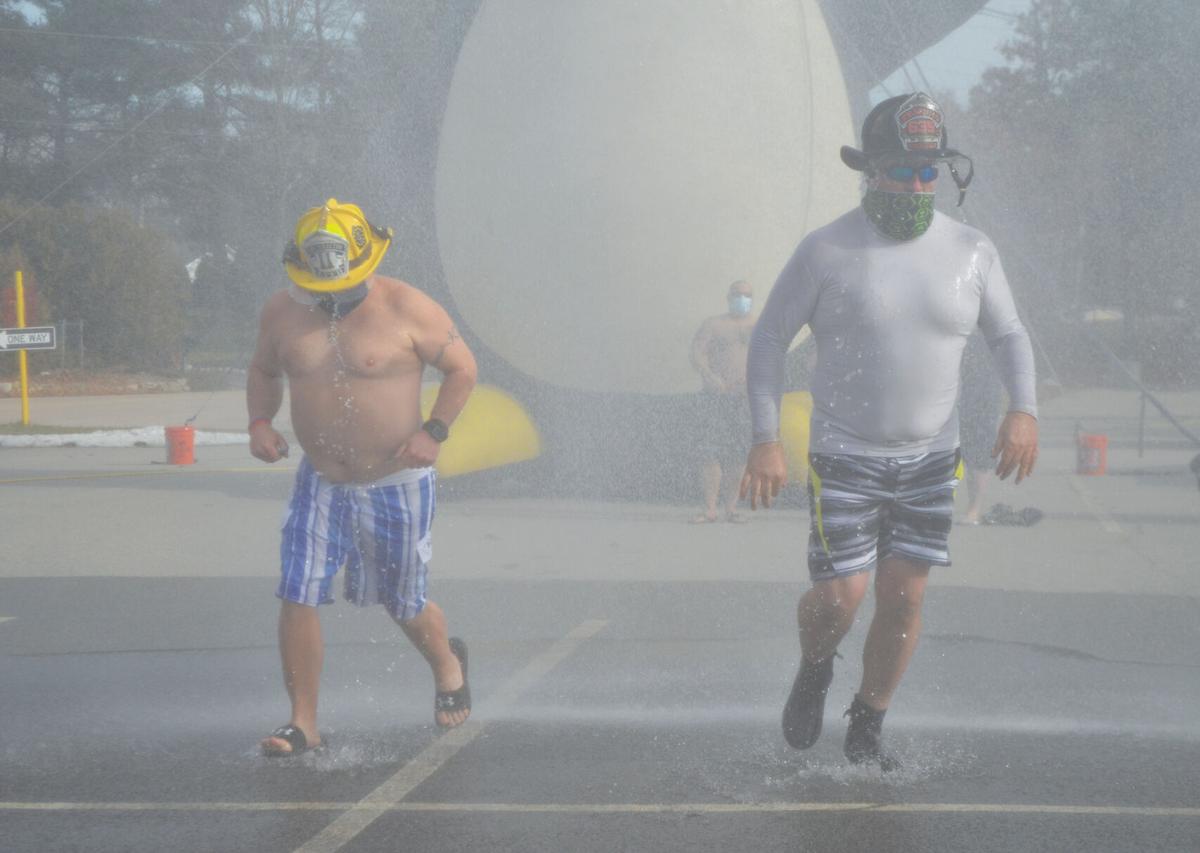 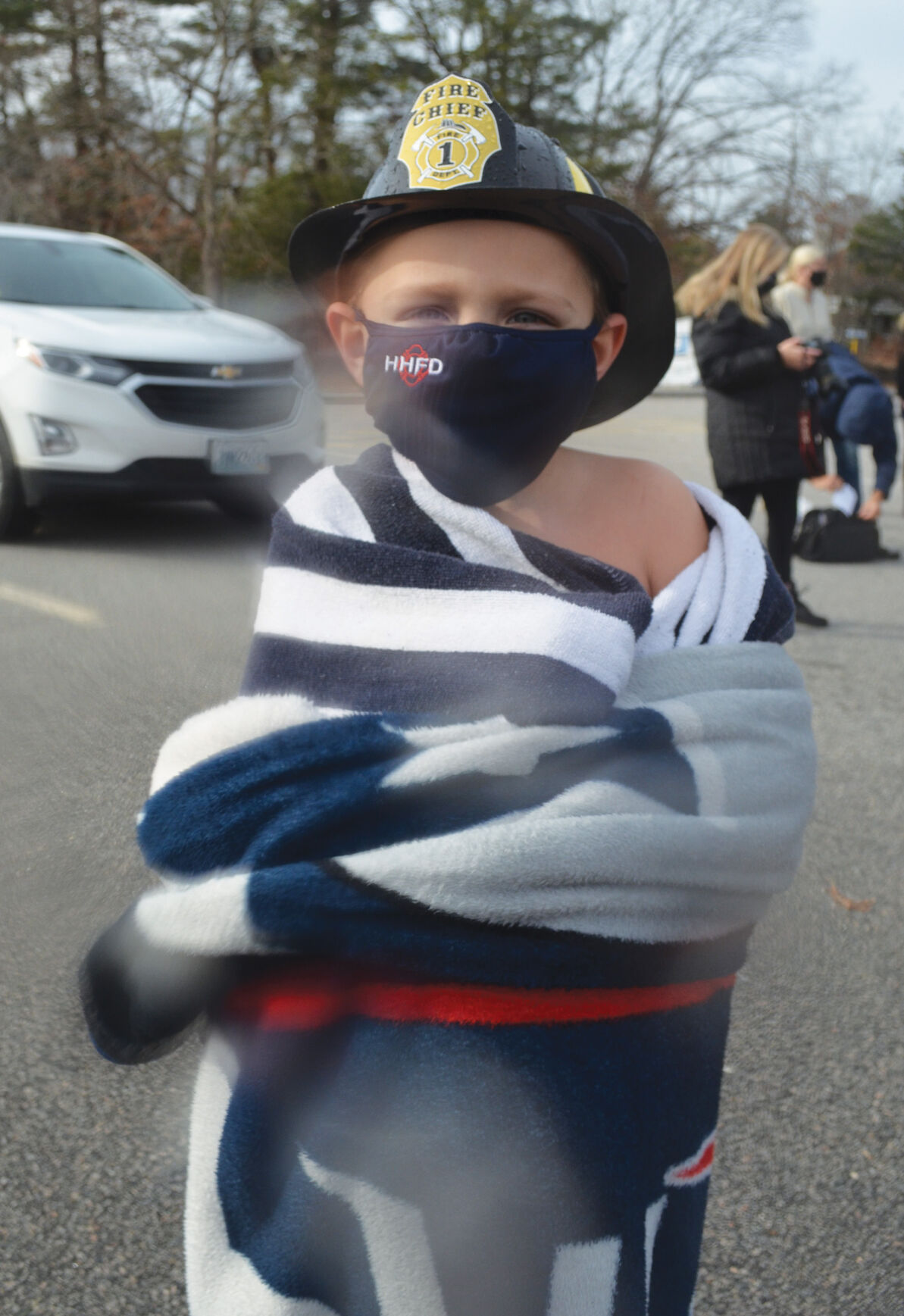 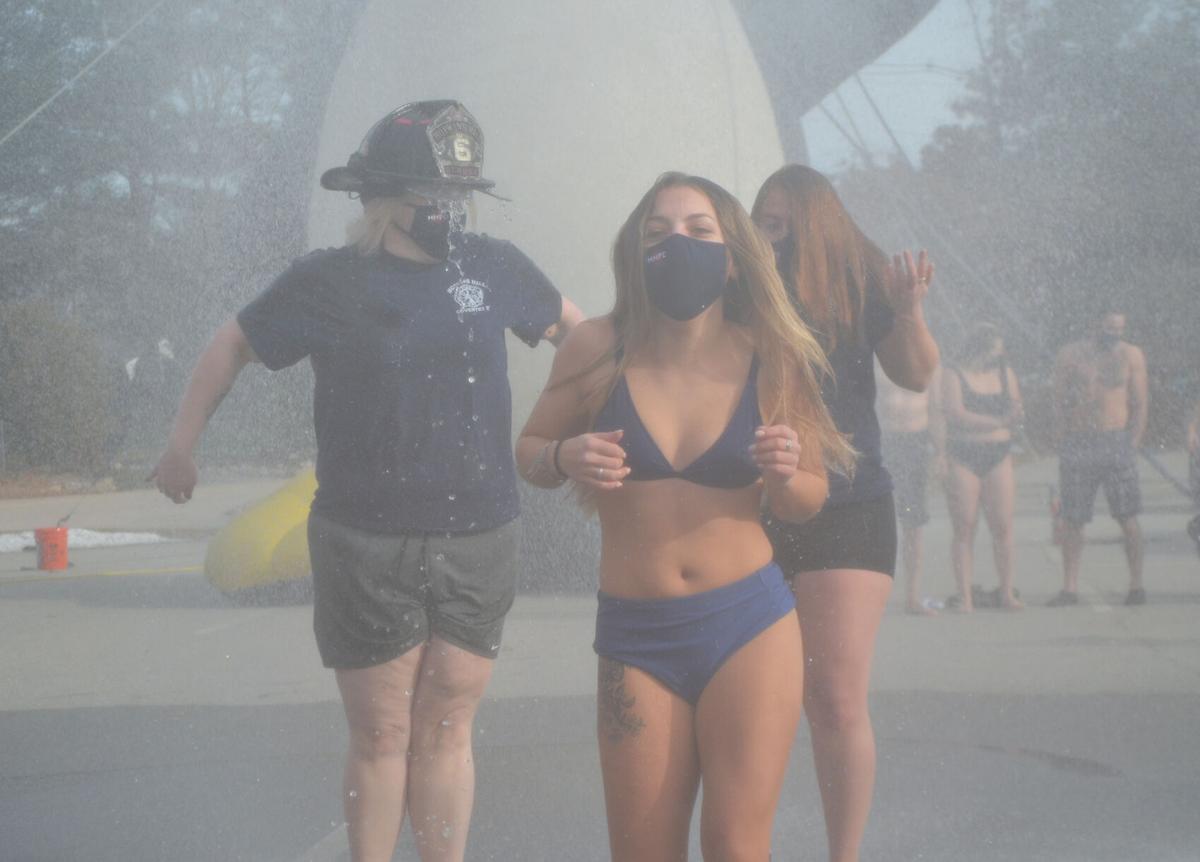 COVENTRY — Beneath a stream of cold water, a couple dozen local firefighters and their family members welcomed the new year during a modified version of a beloved tradition.

“It would have been easy to not do it this year,” Frank Brown, chief of the Hopkins Hill and Central Coventry fire departments, said Friday. “But [the event] is very special to a lot of us, and that’s why we’re doing it today.”

Touted as one of the state’s original New Year’s Day plunges — it was first held in 1977 in Jamestown — the plunge draws thousands every January. It’s one of the biggest fundraisers of the year for Special Olympics Rhode Island, typically raking in well over $100,000.

But, as has been the case with most events since the coronavirus pandemic took hold, this year’s plunge looked quite a bit different.

Rather than inviting people to fling themselves into the icy waves at Narragansett’s Roger Wheeler State Beach, Special Olympics Rhode Island encouraged participants to come up with their own remote plunge ideas.

“An ice bucket challenge, garden hose, fill a kiddie pool,” Brown said of some of the plunge ideas others came up with. “Well, we’re the fire department, so if we’re going to do something virtually, it’s got to involve a firetruck.”

A fire ladder towered over the parking lot of Hopkins Hill Elementary School Friday, water as cold as the ocean spraying down from it, as firefighters in their helmets, swimsuits and not much else prepared to run through.

A giant penguin watched from the sidelines.

Coventry’s firefighters participate every year as a way of paying tribute to those who perished in the September 11 attacks.

“We wear our helmets for the firefighters that were lost that day. To remember them,” Brown said, a helmet declaring him a “Penguin Plunge Excelsior” on his head.

While honoring those lost, however, Brown said the firefighters wanted to use the opportunity to benefit another important cause, as well. And Special Olympics Rhode Island, he said, “is very near and dear” to them.

“We said, ‘if we’re going to go out and do this in honor of these people, let’s raise some good money for a great organization,’” he said. “And I think we’ve done that.”

“Not even a pandemic can stop the Hopkins Hill Fire Department and their commitment to the athletes of Special Olympics Rhode Island,” DeJesus said Friday. “Unfortunately this year we couldn’t gather in a large group, but here they are coming up with something creative and innovative so they can get their plunge in.”

And as the firefighters said goodbye to 2020, Brown said he’s optimistic about what the new year holds.

“With COVID and everything going on we really believe that this is one way we’re always going to remember 2020,” he said. “We’re washing away 2020 and looking toward a brighter ’21, to say the least.”