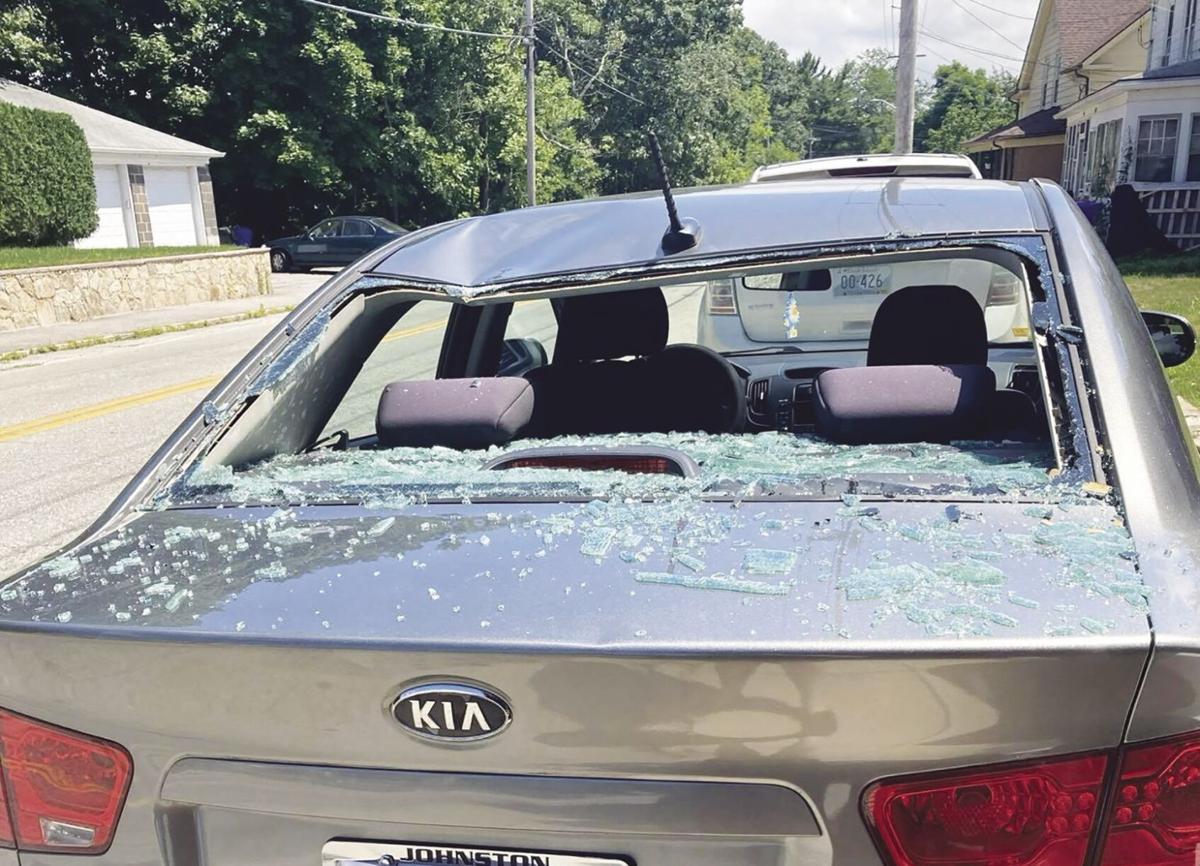 Aliyah Naseer, a student at West Warwick High School, had worked for a year and a half to save enough money to buy her first car, and within 24 hours of driving it off the lot a box spring fell from a passing vehicle causing it significant damage. 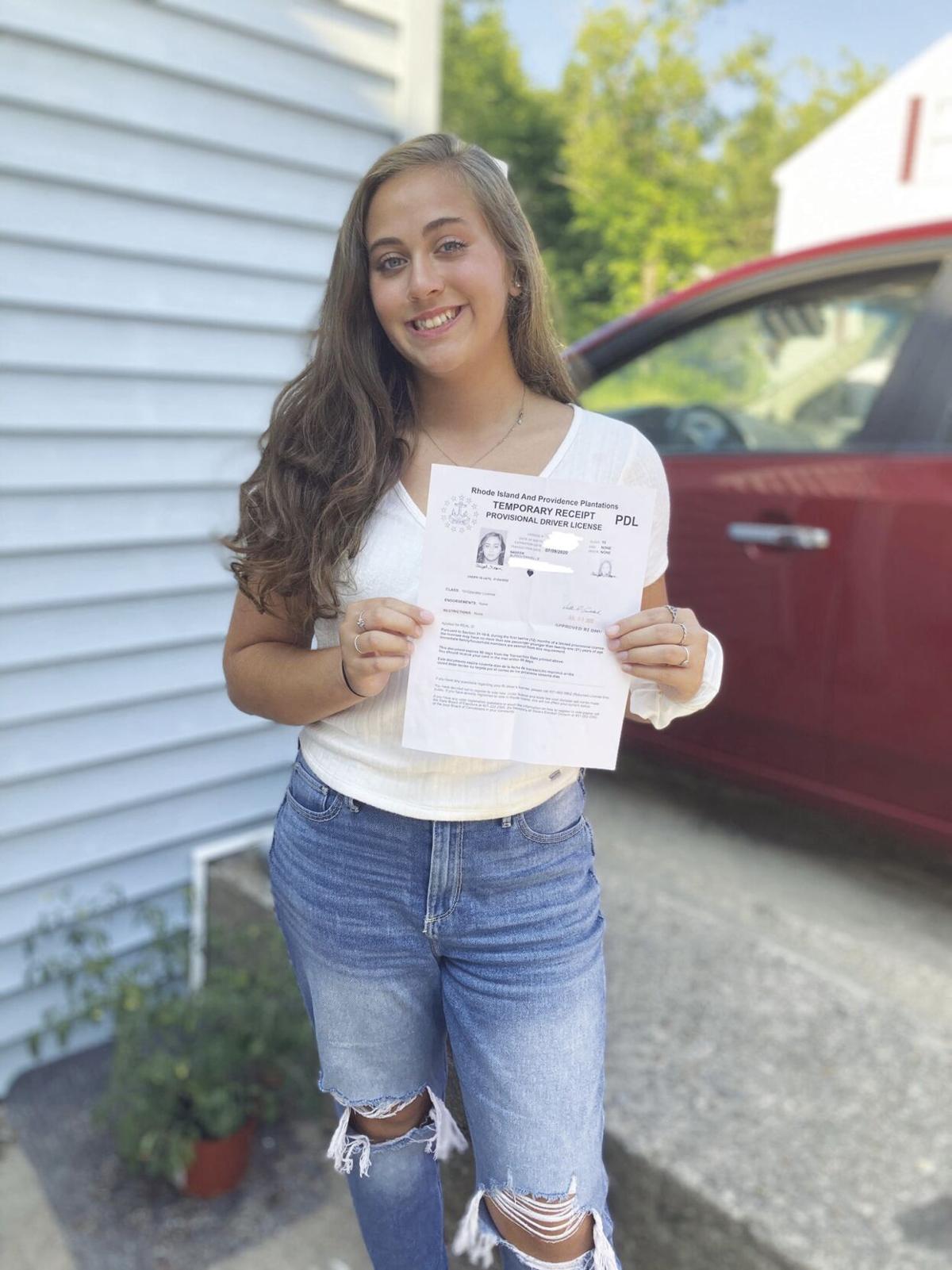 Naseer holds up her driver's license after receiving it last week.

Aliyah Naseer, a student at West Warwick High School, had worked for a year and a half to save enough money to buy her first car, and within 24 hours of driving it off the lot a box spring fell from a passing vehicle causing it significant damage.

Naseer holds up her driver's license after receiving it last week.

WEST WARWICK — Aliyah Naseer worked tirelessly to be able to purchase her very first car, squirreling away gift money and saving every paycheck she’d earned from her job as a busser at a local restaurant. Then finally, after acing her driver's test, she was able last week to bring her new car home.

“She’s really remarkable,” Chrissy Gorman said Tuesday of her daughter, a 16-year-old rising junior at West Warwick High School. “Any money she got, she would put it away.”

“She had her heart set on it,” Gorman said. “This was the car she wanted.”

Naseer got her driver’s license last Thursday, and on Friday drove the car home from the dealership. But by Saturday afternoon, a freak accident had caused significant damage to the vehicle she’d worked so hard to purchase.

“It wasn’t even 24 hours later,” Gorman said. “It’s disheartening when you’re trying to be self-sufficient, trying to be responsible — her grades alone prove that — and then that happens.”

Naseer had parked briefly Friday outside her home on Main Street in West Warwick while she got ready to meet a friend for lunch. She was just going to leave her house when someone knocked on the door to let her know what had just happened to her car.

A box spring had flown from the roof of a white van, according to neighbors who witnessed the event. It landed on top of the car, shattering the back windshield and leaving a dent in the roof. The van continued driving.

A report was filed with the West Warwick police, who said they would check local surveillance footage to attempt to locate the driver. Gorman’s hope, she said, is to see the van’s driver held responsible for the cost of the damage.

“There were witnesses, but nobody got a plate,” Gorman said. “The officer said to me, ‘to be quite honest, oftentimes these things don’t get solved.’ That devastated her.”

The car is currently at a local auto repair shop, and Naseer is still waiting to learn what the damage will cost her.

Naseer had purchased liability insurance before taking the car on the road, and had planned to secure an insurance plan in the coming days.

“I called the insurance company to see if there’s absolutely anything that can be done,” said Gorman, who was told there was nothing they could do.

Naseer was hesitant to ask for help. But after Gorman posted about the incident on a local Facebook page in hopes of finding information about the van’s driver, residents of West Warwick and Coventry made it clear that they wanted to lend a hand. The Facebook post was shared hundreds of times, with community members urging Naseer to create a GoFundMe account so that they could contribute to the repair costs.

All proceeds raised through the GoFundMe page created Sunday will go to offsetting the cost to repair Naseer’s car, and anything extra will be donated to the West Warwick Animal Shelter.

“That was her condition,” Gorman added. “She said, ‘I don’t want to take people’s money, I’ll find a way to come up with it.’ Then finally she said, ‘I’ll agree to [accepting donations], but if we don’t use all the money, or if somehow, miraculously, this guy is caught, we’re donated whatever we collect.’”

As of Tuesday afternoon, more than 60 donors had already contributed nearly $2,000 toward the cause.

Naseer and Gorman have been overwhelmed by the outpouring of generosity.

“It’s kind of restoring my faith in humanity,” Gorman said.

“I’m sitting here thinking, there are still good people in the world,” Gorman continued. “A lot of people have stepped up, and that’s phenomenal.”

And while her own faith in humanity has been restored a bit through this ordeal, Gorman said she’s more concerned about what her daughter takes away from the experience.

“My big concern is that she sees that there is good in the world,” Gorman said. “That’s what I’m hoping. She’s a really good kid who would do anything to help anybody.”