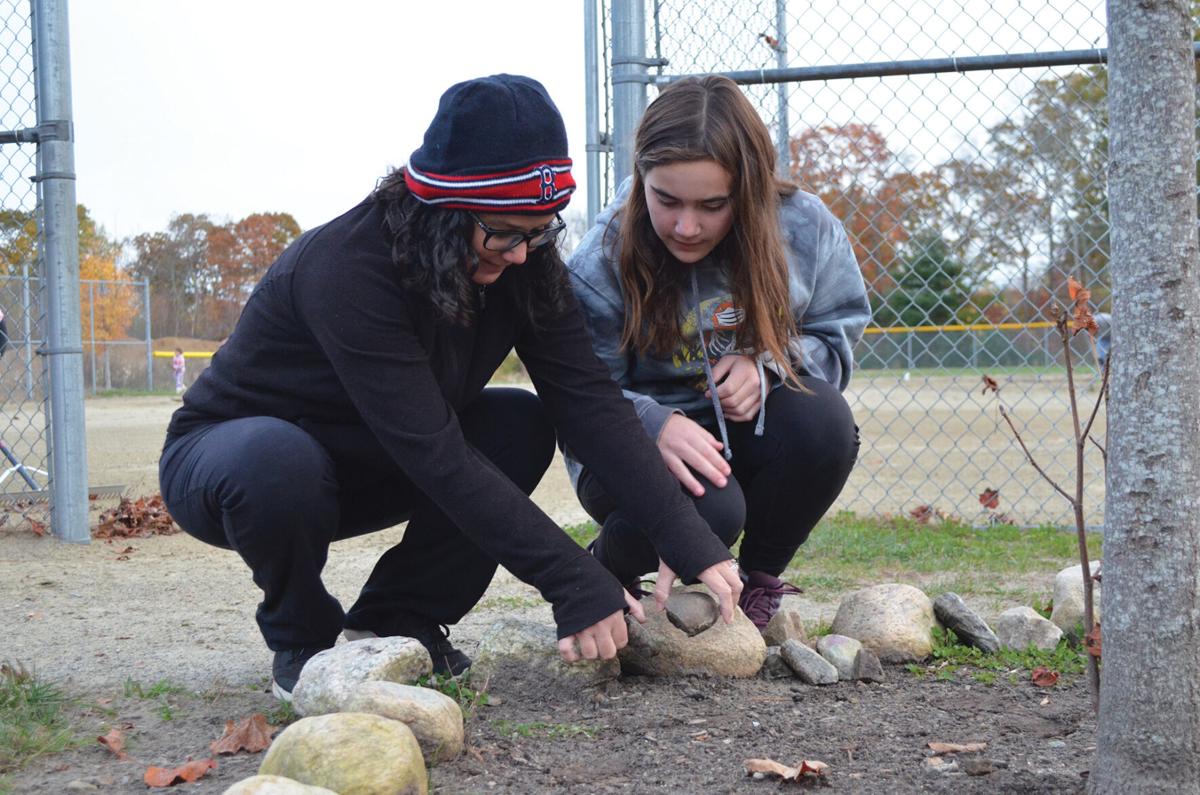 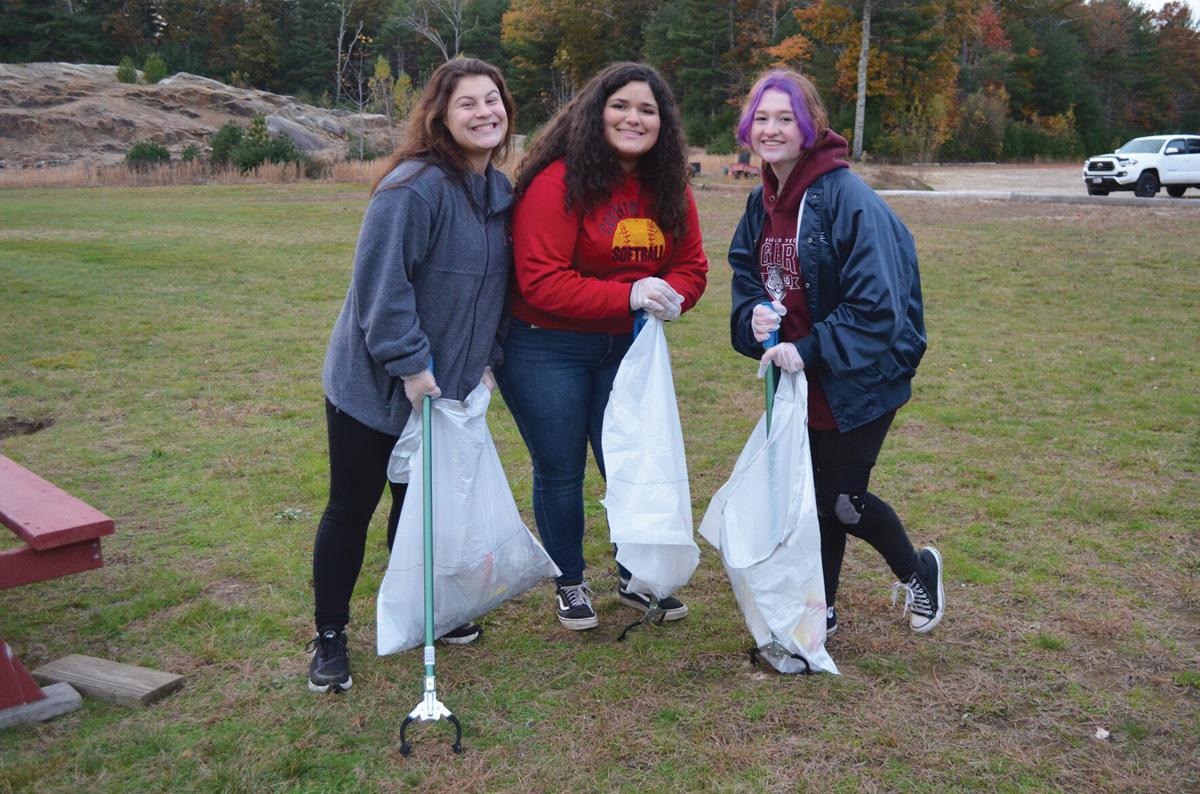 COVENTRY — To many, the athletic fields on Phillips Hill Road are a place to play ball, or to enjoy a hot dog while cheering on a loved one during a softball tournament. To some, they’re a lot more than that.

“This is like my second home,” Brenna Fournier, a senior at Coventry High School, said Thursday, standing with friends beside the fields where she’s been playing softball since the age of four.

“How much hate do you have in your heart to do something like this?” Fournier continued, a trash picker in one hand, a white garbage bag in the other. “Seeing all the pictures [of the damage]... who would do such a thing? That actually hurt.”

Fournier wasn’t the only one to express those kinds of sentiments. And in the days since the incident occurred, the community has rallied behind the nonprofit softball league in a big way.

It’s believed that the damage was done on Halloween night. Keri Tarro, commissioner of the league, which runs programs for girls ages four to 18, said it was noticed by a board member Monday morning.

The windows in the equipment shed and the concession stand were broken, and shattered glass covered the ground. The shed’s door and its frame were destroyed, Tarro said, and the exterior wall was damaged; the cash register, which luckily had been empty, was smashed to pieces.

The shed where the lawnmower is stored was also broken into. The vandals took the mower for a spin around the fields, creating tire marks and deep divots and crashing it into a fence before ditching it in the woods nearby.

The fields have been maintained since 1973 by volunteers, who over the years have worked tirelessly to build the area into the complex it is today.

“Parents, coaches, and other volunteers pour all of their time and energy into maintaining these fields for the female athletes in our community,” Tarro wrote on an online fundraiser organized in the wake of the vandalism.

The league has been saving up to build a fourth field, added Ashley Reyes, vice president of its board of directors, although that project was delayed when the coronavirus pandemic hit last year.

Like countless other organizations, the Coventry Girls Softball League has been significantly impacted by the pandemic. Without the income from tournaments, registration fees and concession sales, Reyes estimated that the league lost at least $15,000 in 2020.

“Like everyone else, we had to recoup the money that we lost from COVID, and we did that,” Tarro said. “Now, with the vandalism, that money that we’ve put aside for improving and maintaining our fields will have to go into fixing them.”

But thanks to the generosity of the community, it looks like the Coventry Girls Softball League will be able to meet its goals, after all.

A GoFundMe that Tarro set up Wednesday in hopes of raising funds to cover repairs quickly surpassed the $10,000 goal.

As of Friday afternoon, $15,200 had been donated toward the cause.

Area businesses have also been eager to assist however they can, Tarro said.

“We’ve been so lucky,” she said. “So many people have reached out to ask what we need — it’s totally humbling that our community has reached out the way that it did.”

The money raised will not only pay to fix the damage, Tarro added, but will let the league install a security system that will hopefully deter vandals in the future — the concession stand was also broken into around five years ago, she pointed out.

And on Thursday evening, two days before the final tournament of the season was to take place at the fields, dozens of community members gathered to help clean up the site. All around the complex, league members worked alongside non league members to rake the ground where it had been torn up, board up the broken windows and clear the debris that littered the fields.

Lending a hand in the cleanup was a no-brainer for Fournier, who was joined by Sophie Chaignot and Gianna Cabral, both juniors at Coventry High School.

Cabral, whose mom is a former president of the league, spent much of her childhood at the Phillips Hill fields.

“I’ve seen this field turn into what it is,” said Cabral, who added that it was “horrible" to see the complex disrespected.

Noelle Welch, a sixth grader at Alan Shawn Feinstein Middle School, also  pitched in Thursday. Like Fournier and Cabral, Welch cherishes the memories she’s made on those diamonds, and was eager to help clean up the mess left by the vandals.

“My first softball games ever were here,” recalled Welch, who’s playing in the tournament there this weekend. “Helping out is making me feel better.”

Anyone with information regarding the vandalism is asked to contact the Coventry Police Department.