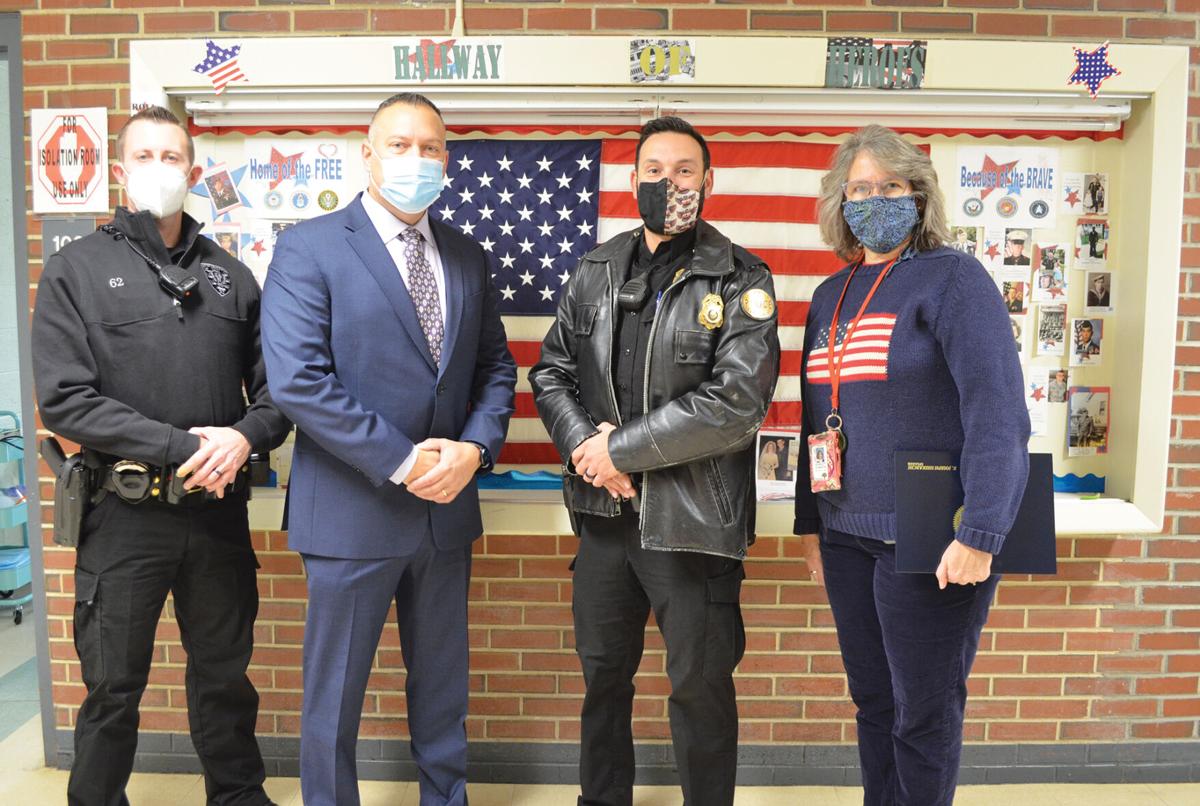 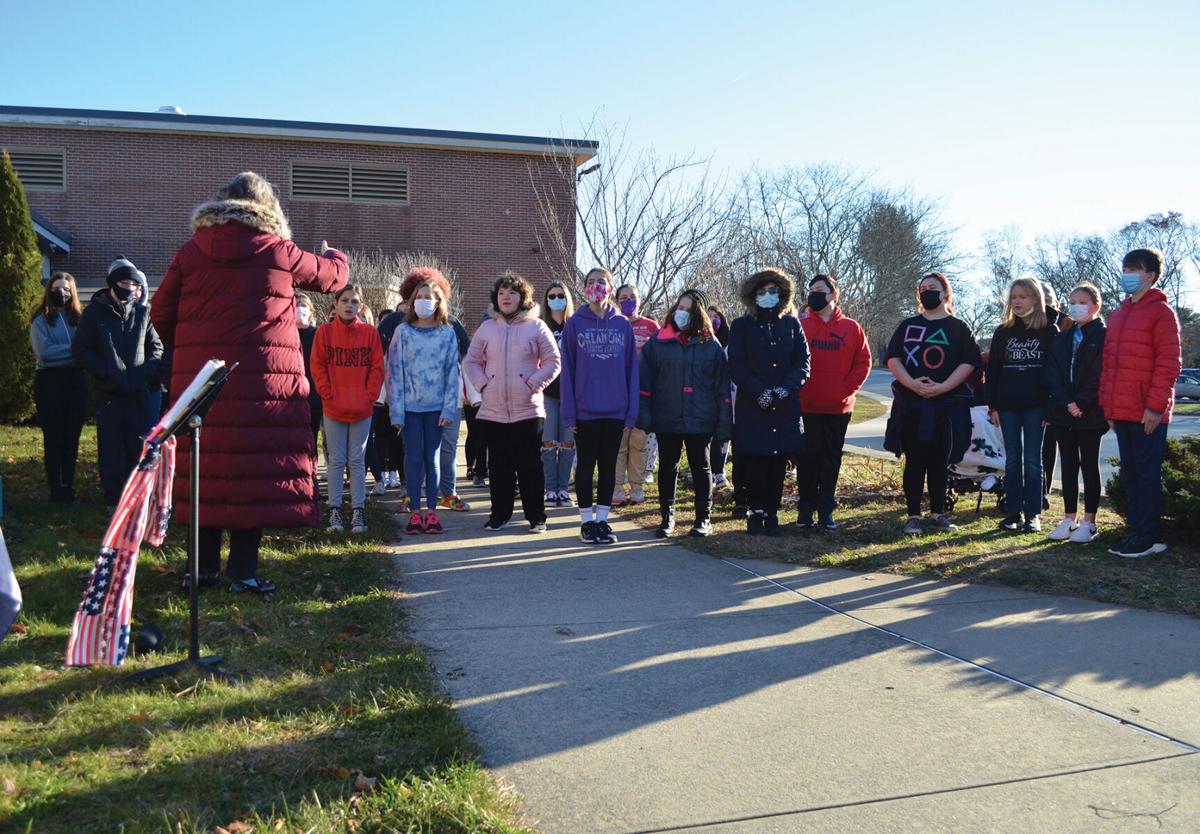 COVENTRY — In a well-trafficked hallway of Alan Shawn Feinstein Middle School, a display case is filled with photos of veterans and current military members, each one of them loved by someone within the school community.

A.J. Medeiros, school resource officer at the middle school, thought up the Hallway of Heroes as a way of showcasing those heroes “who are right in our own backyard.”

Beneath the flag that flies outside the school, members of the sixth, seventh and eighth grade choruses performed “God Bless America” and “America the Beautiful” and “The Star-Spangled Banner” during the short ceremony Wednesday morning.

Photos submitted by students and staff members line the wall display. An American flag is posted at the center; the words “home of the free because of the brave” are written across the top.

One of the first faces to make it into the Hall of Heroes was that of Charlie Briggs. A custodian at the middle school, Briggs served in the U.S. Army six decades ago.

“And he’s still serving today with you guys,” Medeiros told the students gathered. “He’s still providing love and care and compassion for all you students.”

For his years of service both in the military and within the school, the display was dedicated to Briggs.

Medeiros also took a moment during the ceremony to thank Bradford Barco, who has served for 19 years in the U.S. Air Force and for around 15 years as a police officer in Coventry.

In addition to paying tribute to those who have served, the Hallway of Heroes has inspired conversations among families, Medeiros said following the ceremony. It’s given students who hadn’t known about a relative’s military service an opportunity to learn a bit of family history.

“We’re having conversations now that might not have happened,” added St. Martin, who helped organize Wednesday's event.

Medeiros said his hope is that more photos will join the display as time goes on, and that it will continue to be a reminder for passersby of the importance of honoring those who have served.

“This can be here to remind us of how important it is to remember those who fought for our freedom,” he said. “Every day we see people on the news — we idolize basketball players and baseball players — but we forget that there’s heroes in our own community.”