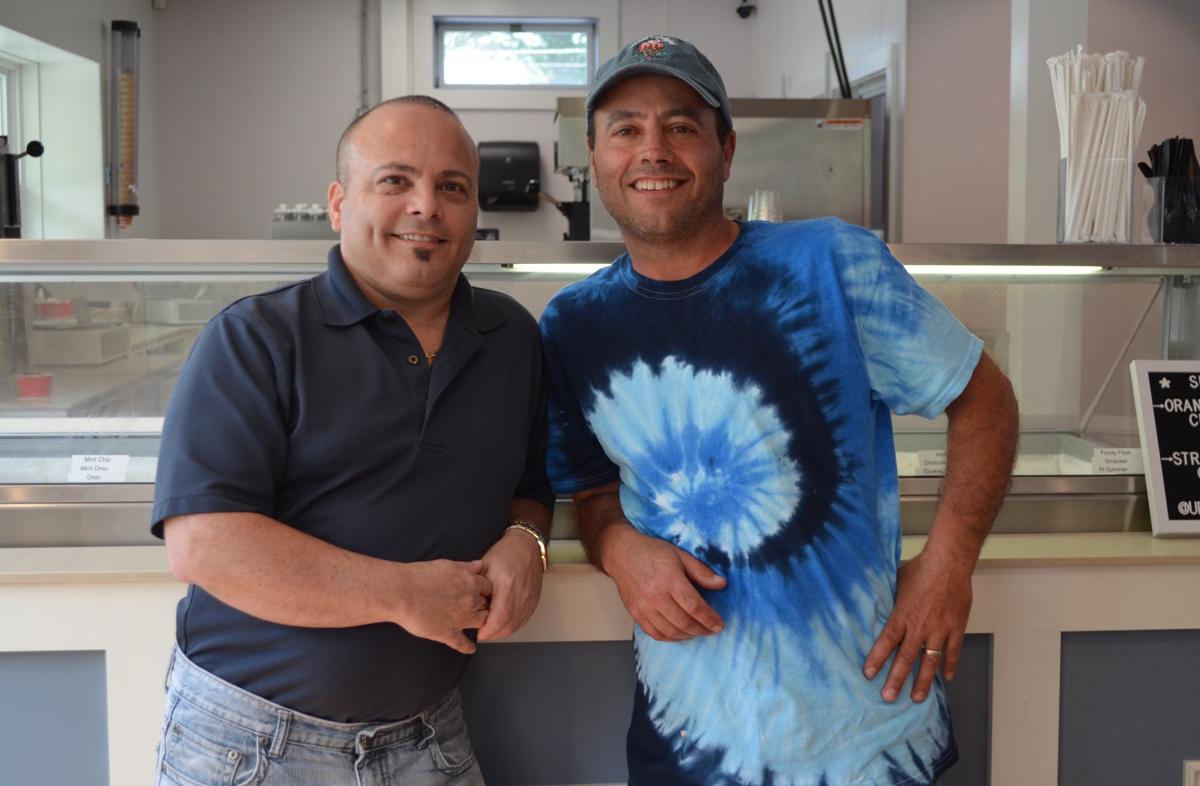 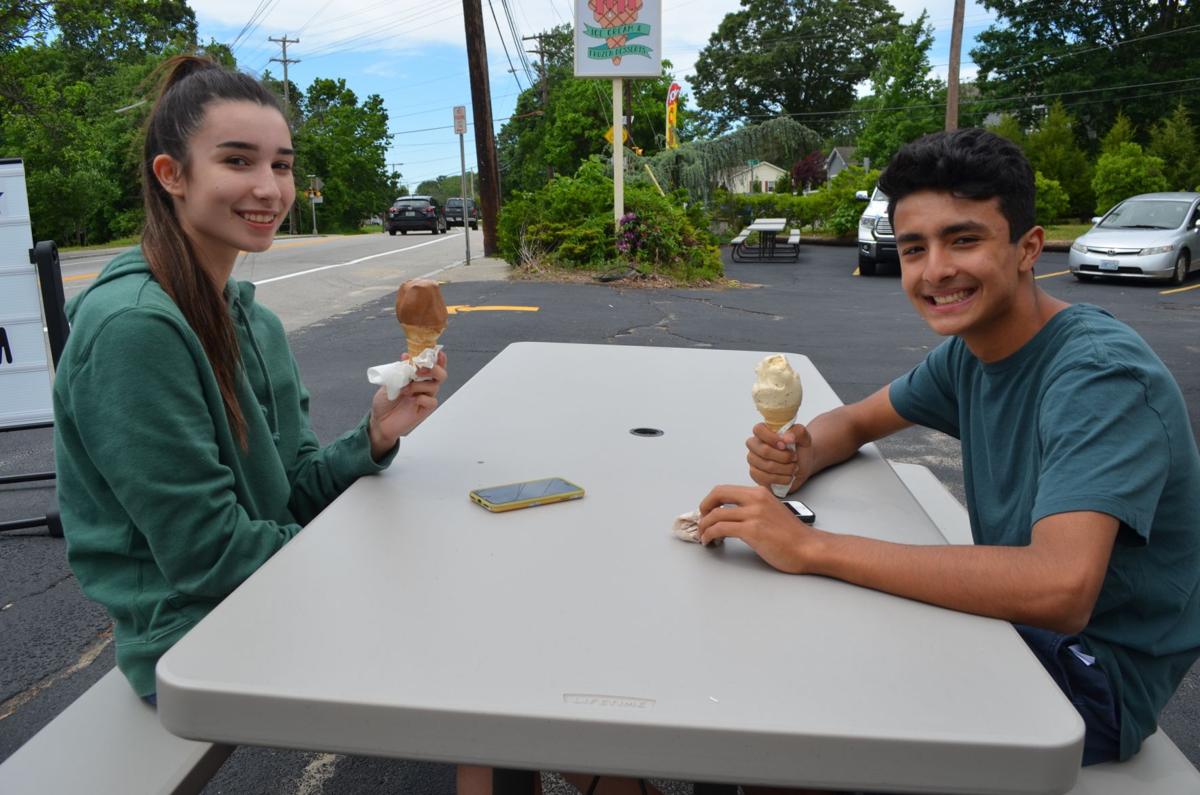 COVENTRY — In the last three weeks, new business owners Michael and Stephen Celio have opened the doors to two ice cream shops — one in Coventry and the other in Cranston. And while that may seem stressful, the brothers are thrilled to be in the business of selling a product loved by nearly everyone.

“I want to get away from stress,” Stephen said, sitting beneath an oil painting of a group of dairy cows that hangs on a wall in Udder Delights Ice Cream and Frozen Desserts’ Coventry location. “I want to have fun. I said, ‘you know, what’s better than ice cream?’”

In addition to doing something as low-stress as possible, the brothers also hope that as business owners they can honor the memory of their late father.

“Our father had a chain of giftware stores throughout New England,” Michael said of their dad Gerald, who died in 2017. “To a certain degree, we wanted to carry on our dad’s legacy of retail and being in the public.”

Michael, a resident of West Warwick, has worked in the hospitality industry for more than 30 years. Before taking a break from work to care for his mother, he’d been working in a high-pressure position at the corporate level.

And from there sprouted the vision for Udder Delights.

Michael and Stephen sat Tuesday afternoon at one of the tables in their Coventry shop, sunlight streaming through the front windows. As they spoke about the fledgling business, kids and their parents trickled in, leaving quickly with ice cream cones in hand.

“We don’t want to be involved with stress,” Michael said. “We’re a family, and we just want to be able to do something with families at the core.”

The brothers opened their Coventry shop two weeks ago Friday in the building that once housed Deciantis Ice Cream. Having grown up in East Greenwich, Michael and Stephen remember getting ice cream there when they were kids.

“And here we are today,” Michael said.

He and Stephen said they’re happy to have founded one of their first locations in Coventry, at the site where they once enjoyed ice cream as children. And they’re particularly glad to be in a rural area.

“We will never have a place that’s in a strip mall,” Stephen said. “Ice cream, to us, has got to be in a stand-alone building, because that’s where you went when you were a kid.”

Inside, the ice cream counter is lined with dozens of ice cream flavors to satisfy any sweet tooth: there are the classics, like cookie dough and mint chip; and then there are the decadent, like Beez Neez, loaded with graham cracker and chocolate-covered honeycomb candies.

While Stephen tends to stick to the simple flavors — like chocolate chip and vanilla with Spanish caramel — on the surprisingly rare occasions when he indulges, Michael said his preference constantly changes.

“Every couple of days it changes,” he said, laughing as he dug into a dish of Graham Cracker Smacker.

Michael and Stephen get their product from Praline’s Own Made, an ice cream manufacturer based in Wallingford, Connecticut.

Udder Delights is currently the only place outside of Connecticut to serve Praline’s. Stephen said the decision to carry it was arrived at after he, his wife and Michael taste tested a bunch of options.

“Within two seconds of trying this, we were all like, this is the best ice cream, hands-down,” said Stephen, who crosses the state line weekly to pick it up.

Although the taste alone may have sold it, Michael said he also appreciated that Praline’s touts its ice cream as being made “the old-fashioned way,” with many of the candies that go into it made in-house.

With dreams of eventually opening up several Udder Delights locations across the state, Michael said he’s already thinking about opening the third shop in 2021.

“Our goal every year is to open up a new scoop shop,” Michael added. “We don’t want to have 50, but anywhere between six and 10, with 10 being the absolute max.”

And if those future locations are received as well as the Coventry one has been, then it seems that’s a very real possibility.

“The community has been very excited that this was going back to an ice cream place,” Michael said. “What better situation — the people of Coventry wanted it just as much as we wanted it.”