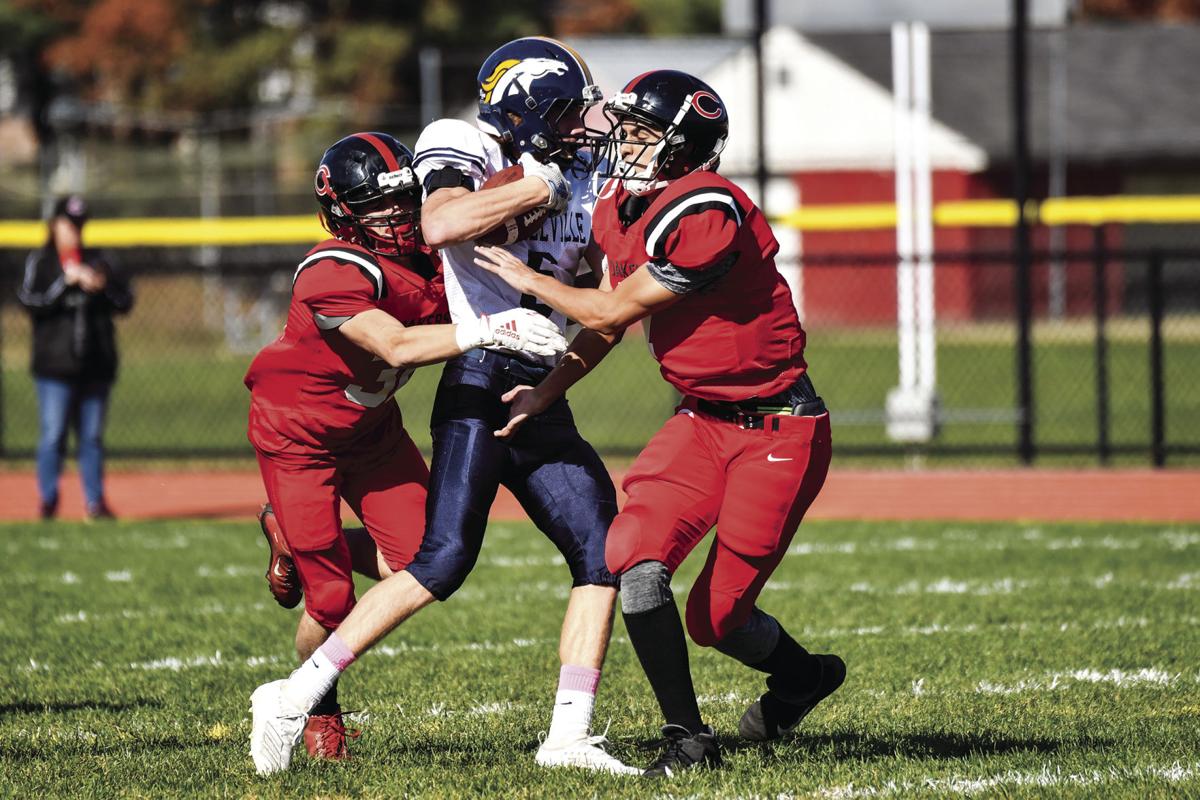 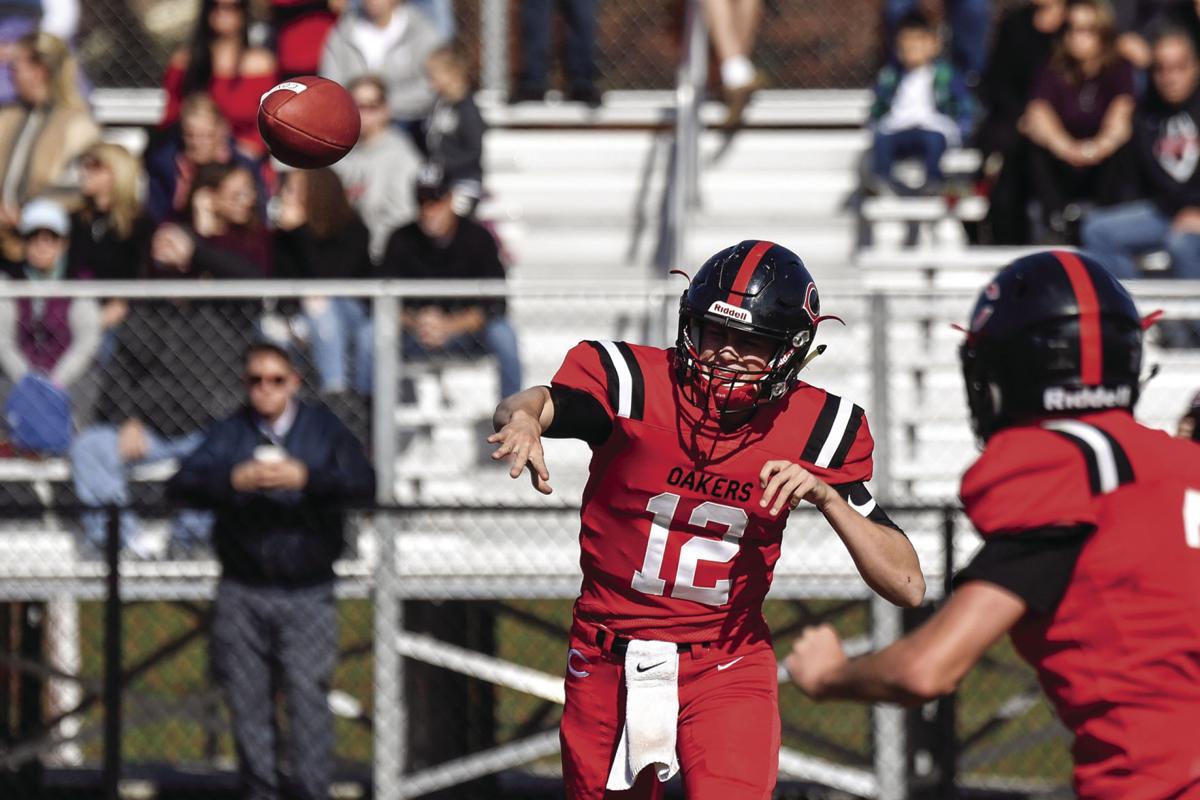 Will Turner delivers a ball during the 10-point home loss.

Will Turner delivers a ball during the 10-point home loss.

COVENTRY - The Oakers’ 34-24 home loss to Burrillville on Saturday afternoon could be attributed, in part to team’s decision to settle for a field goal at a critical juncture in the game as they sought to pull off the upset against the undefeated Broncos.

Trailing 28-21with 6:54 remaining in the fourth quarter, the Oakers faced a 4th and 9 situation at the Broncos’ 10-yard line with just one team timeout remaining.

Head coach Stanley Dunbar elected to bring his kicking unit on to slice the deficit to four points before placing the pressure on the defense to come up with a key stop.

Only half of that plan worked. Zane Fratarrelli nailed a kick through the uprights to make it a four-point contest at 28-24, but that would prove to be as close as the home team would get from that moment forward.

Senior Nicholas Roy capped the ensuing offensive drive for the Broncos with a 28-yard touchdown run before an Ethan Lambert interception off of Oaker quarterback Will Turner all but sealed the victory for Burrillville (5-0), while Coventry dropped to 1-4 following the near upset.

“At the end of the day, we try to build our team on three phases of football: offense, defense and special teams. That’s something that we preach here,” Oaker head coach Stanley Dunbar said of the move to go for a field goal instead of a touchdown late in the game.

“I thought our defense play well throughout the game, they stepped up big, but Burrillville’s a good team and when we gave them the ball, they converted and they scored,” he said. “I thought I’d give my defense a chance and see what they could do.”

The game was a back and forth contest throughout the afternoon, as the two sides, deadlocked 14-14 at the half, stayed close to one another down the stretch with the visitors making just a couple more critical plays down the stretch.

Junior Robert Thatcher led the charge on the day, accounting for four of Burrillville’s scores, two of which came in the third quarter.

“Mr. Reliable for us. Whenever we’ve had to lean on him, he hasn’t disappointed yet. He’s one of our great players, so credit to him,” head coach Gennaro Ferraro said.

A one-yard run by Thatcher across the goal line put the Broncos up 21-14 midway through the third quarter, but Coventry, resilient all day, answered right back as Turner connected with wide receiver Tommy McCarthy on a 35-yard score to even the game up, 21-21.

Turner had one of his stronger showing at quarterback this season on Saturday, with the junior connecting with Shawn Nolan for the Oakers’ other two touchdowns, both of which came in the opening half. One was a 51-yard pass, while the other was an eight-yard one.

The Broncos responded to McCarthy’s touchdown catch with a 68-yard drive that took just 2:27 off the clock, with Thatcher accounting for over half of his team’s offense yards during that series. A short two-yard burst into the end zone put the Broncos out in front for good at 28-21, though Ferraro was impressed by the fight the Oakers displayed until the final whistle blew.

“First of all, credit to Coach Dunbar and the Oakers,” he said. “They’re a good team. We knew that coming in and they’re a sleeping giant in my eyes.

While Coventry’s season has not gone the way they had hoped from a record standpoint, the Broncos head coach can see that the future looks bright for the program.

“They’ve got their boys in the right position, they’re well-coached and we knew they were going to be a challenge, so credit to them. They played hard,” he said.

As for his own team, the table is now set for a regular season finale next Saturday against Westerly that will determine the D-II regular season champion.

A rematch from last season, Ferraro is glad his team will be hosting this time around.

“This time it’s at our house. Looking forward to that challenge,” he said.

Coventry meanwhile, will close out the regular season next Friday on the road at Lincoln against yet another strong, playoff-bound team.

“We play one of the toughest schedules as far as Division II goes, so we’re going to go play another tough Lincoln team and I think our guys will be up for the challenge,” said Dunbar.