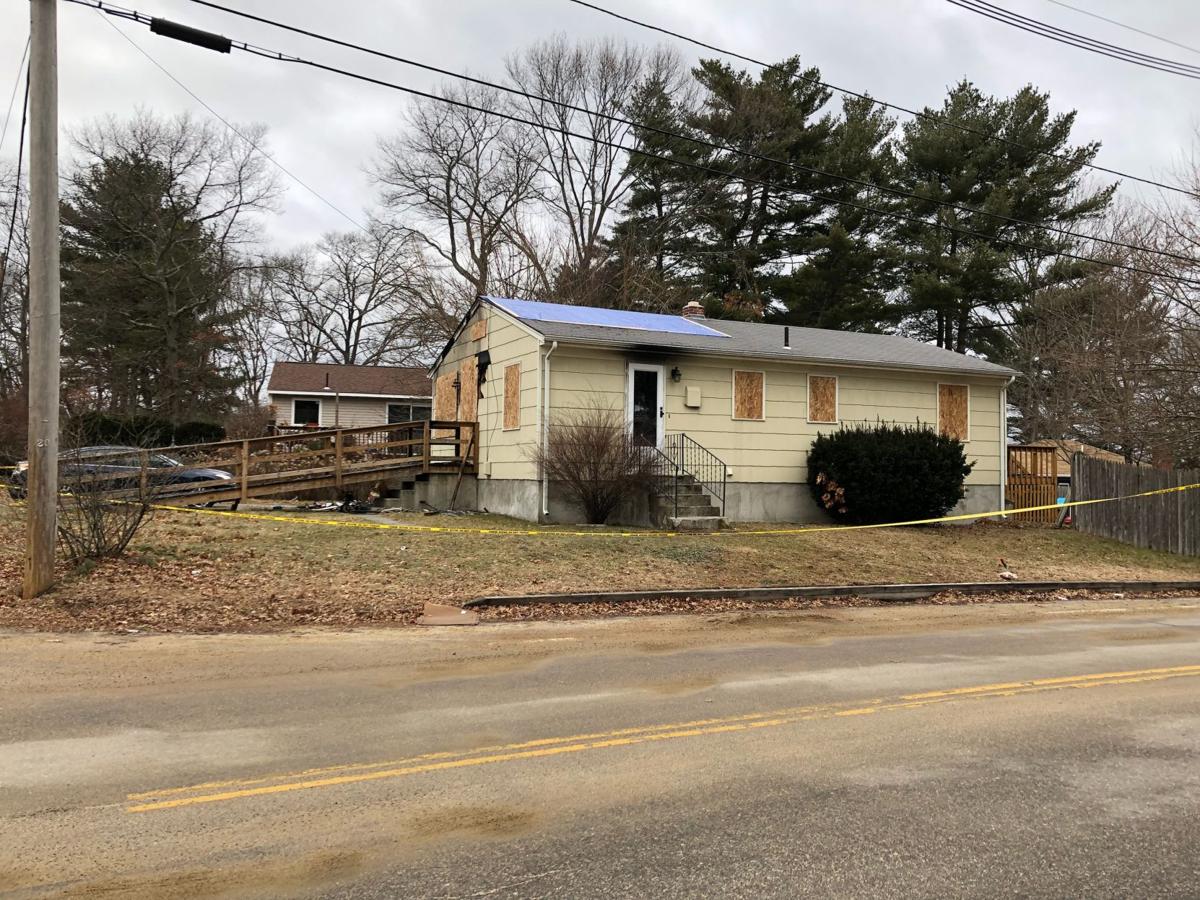 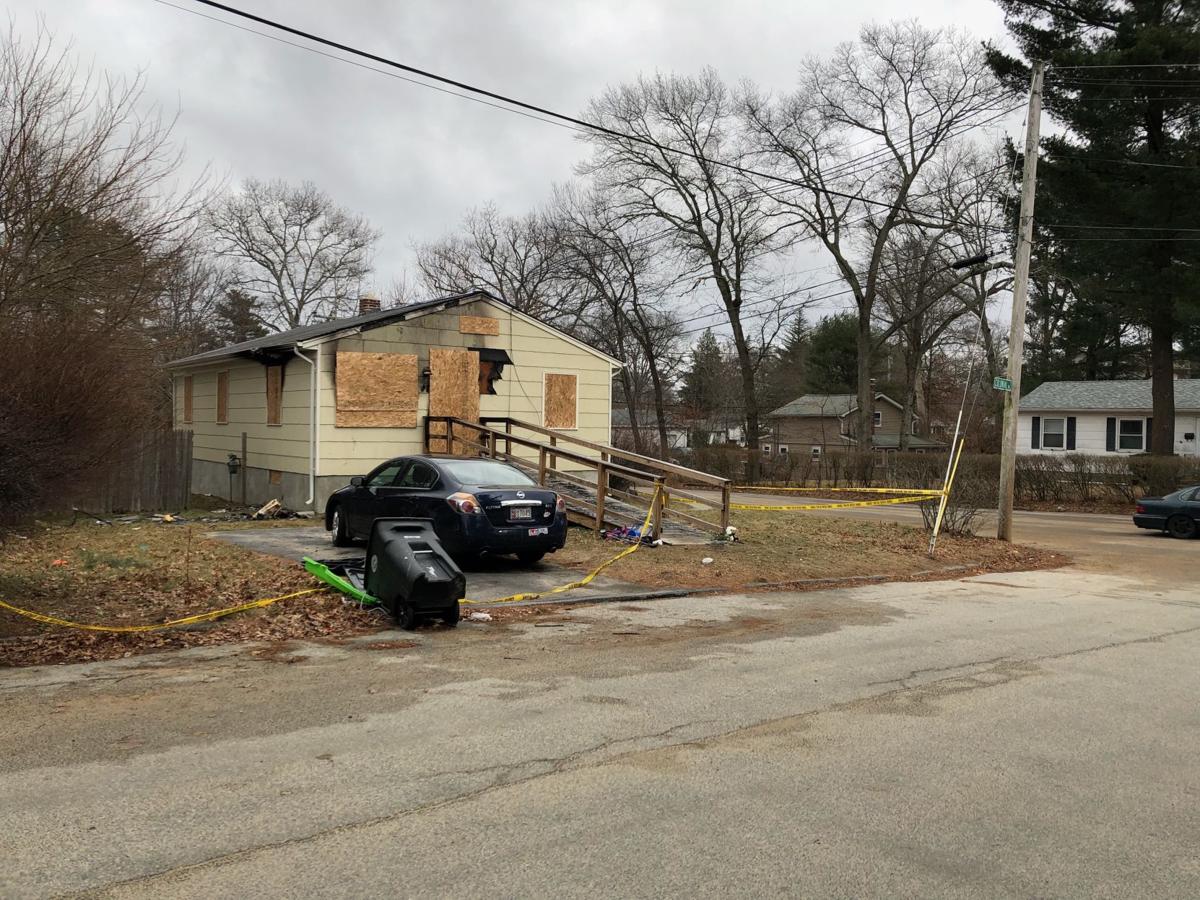 COVENTRY —Members of the community are coming together to support a local family whose life has been tragically altered by a fatal house fire that happened Friday night.

Coventry Police confirmed that 47-year-old Edward and 4-year-old Michael Lorenzen were both killed in a fire that started around 6:30 p.m. on Friday, Jan. 26 at 22 Colonial Road. A teenager who was home at the time of the fire, 13-year-old Zacheri Lorenzen, managed to escape with his 2-year-old sister, Penny, and likely saved her life, according to police. CCFD and Hopkins Hill Fire Chief Frank Brown has called the teen a hero.

Brown said he was in the first emergency vehicle that pulled up to the scene that night. The whole side of the building was “fully involved,” according to the chief.

“We knew right away people were telling us there were two people inside,” said Brown. “We made an aggressive attack and got it out within 15 minutes but unfortunately we found both victims deceased.”

Crews were called in from Warwick, Cranston and East Greenwich. Brown declined to comment on whether the home had active and working smoke detectors.

The deceased were the son and ex-husband of Exeter resident Kellie Lorenzen, who is now experiencing a mother’s worst nightmare, according to friends of the family. Lauren Giles set up a fundraiser for the family that has raised more than $32,500 in the days since the fire.

Giles called Zacheri is “a true hero” and said she started the fundraiser to help alleviate some of the financial stress on the family during this time.

“I feel so helpless and this was all I could think to do,” said Giles on social media. “No mother should have to endure this. My heart is aching.”

Another family friend, Sue Simoes, started a Meal Train for the family.

The family has declined interviews with the media during this difficult time, but in a post on social media Kellie shared her thoughts on the support they have received from the community.

“I'm overwhelmed by the support and love that has been pouring in,” she said. “I’m in awe of the donations made. My friends have risen above. My community has been unbelievably supportive. Ed's friends and colleagues have been so kind with their words and generosity. I'm so thankful for everyone who has taken the time to reach out to me. It has been a source of comfort.”

Coventry Police say the investigation into the cause of the fire is still active.

“Investigators have focused on evidence that remains on scene, and completed the initial on-scene investigation late this afternoon,” police said Saturday.

Several agencies participated in the investigation, including the RI Division of the State Fire Marshal, the Rhode Island State Police, the Central Coventry and Hopkins Hill Fire Departments and the Rhode Island Office of State Medical Examiners.

In a statement, President of Coventry Professional Firefighters IAFF Local 3372 extended his condolences to the friends and family of the victims, calling the fire a tragic event.

“I would with all my heart that the outcome of the incident would have been different in a positive way, but the conditions encountered by the first arriving companies clearly dictated that the tragic outcome was beyond our control,” said Almagno. “As firefighters, it is ingrained in us that it is our job to stop what seems unstoppable. So when a tragedy such as this happens, it hits out firefighters hard; professionally and emotionally.”

Almagno said crews worked tirelessly through cold and fatigue at the scene, which took many hours to get under control. They returned hungry and exhausted, he said.

Ernie Nardolillo from the Old Theater Diner was able to come through for the firefighters and deliver a hot meal to the station for when they returned.

“I can’t express my thanks enough for OTD stepping up to help us out when we needed it,” said Almagno. “It’s comforting to know that there are people out there in our community who have our backs when we need it.”

“Thank god these things are few and far between,” said Chief Brown. “But it does make it tough on the firefighter. We had everyone go through a stress debriefing.”

Edward Lorenzen was a former aide to House Democratic Whip Steny Hoyer, and his loss is also being felt by officials in Washington. Nancy Pelosi released a statement Sunday saying the longtime House staffer and his son will be missed.

“Ed’s remarkable career on the Hill spanned two decades,” she said. “Working as a Legislative Director to former Congressman Charlie Stenholm and as a Senior Policy Advisor to then House Majority Leader, Steny Hoyer, Ed brought unparalleled knowledge, pragmatism and humor to his work on the federal budget. His wit and brilliance were a treasure to all who had the privilege of knowing him.”

Hoyer himself also released a statement on the former staffer’s passing.

“Ed was a devoted servant to his country, a wonderful father to his children, and a great friend to me. Many of his former colleagues in my office and across Congress in both parties will remember Ed for his kindness, his intellect, and his love for the institution he served so ably, both in my office and, before that, with Rep. Charlie Stenholm.”

Ed was eventually given the nickname “Captain Paygo” for his help in authoring the Statutory PAYGO Act.