Skip to main content
You are the owner of this article.
Edit Article Add New Article
You have permission to edit this article.
Edit
Home
News
Sports
Letters to the Editor
Timeout
Multimedia
Features
Classifieds
Obituaries
1 of 2 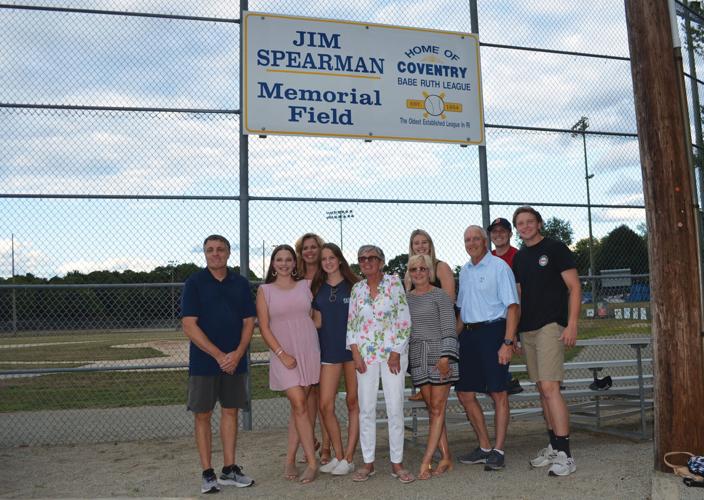 Jim Spearman's family is pictured with the sign designating the baseball field at Coventry's Herbert F. Paine Memorial Park as the “Jim Spearman Memorial Field." The field was dedicated during a ceremony Thursday evening. 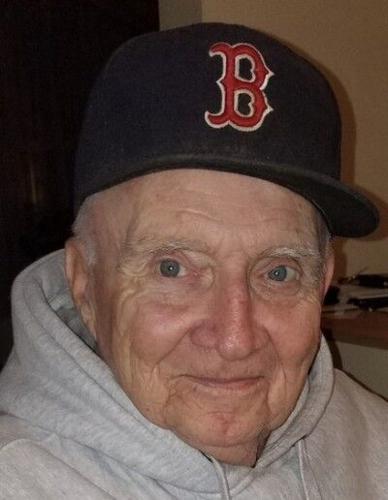 Jim Spearman, pictured, served the community in many ways during his lifetime, including for 47 years as president and coach of the Coventry Babe Ruth League.

Jim Spearman's family is pictured with the sign designating the baseball field at Coventry's Herbert F. Paine Memorial Park as the “Jim Spearman Memorial Field." The field was dedicated during a ceremony Thursday evening.

Jim Spearman, pictured, served the community in many ways during his lifetime, including for 47 years as president and coach of the Coventry Babe Ruth League.

COVENTRY — If ever Jim Spearman was needed, Timothy Printer said of his grandfather, there was one place where he could almost certainly be tracked down.

“If you needed to find Jim, you knew you could find him at the ball field,” Printer said Thursday before a crowd that had gathered at Herbert F. Paine Memorial Park to pay tribute to the late Coventry resident.

Now, a sign declaring the park's baseball field as the Jim Spearman Memorial Field will ensure that Spearman’s presence is always felt.

“He would say he didn’t like it, but he would love this,” Audrey Spearman said of her husband, the sign displayed high on the fence behind her. “This is wonderful.”

Spearman died in April at the age of 80, after a lifetime that was dedicated to service — he served in the U.S. Army during the Vietnam War; he served for 18 years as a member of the Coventry Town Council; he served as town sergeant, right up until his death.

But it’s for his contributions to the local youth that many remember Spearman most fondly.

A founder of the Central Coventry Little League and the Coventry Basketball Association, Spearman also served for 47 years as a coach and president of the Coventry Babe Ruth League.

In June, the town council voted unanimously to rename the Babe Ruth Field for the man who poured so much love into the program.

“[Spearman] always championed the youth of this community,” Raena Blumenthal, director of Coventry’s parks and recreation department, told councilors during the June 13 meeting.

Spearman was passionate about creating opportunities for young people. And if a child couldn’t afford to play baseball, Blumenthal recalled, Spearman would often pay their fees from his own pocket.

“He would celebrate all youth in this community because he cared for them,” she added, “and they had a special place in their hearts for him.”

The Jim Spearman Memorial Field was officially dedicated Thursday evening during a well-attended ceremony. Spearman’s family — his wife, three children and several grandchildren — local officials and various other community members gathered for the event, which included the unveiling of the sign that now hangs from the field’s backstop.

“This is a tribute to Jim. I know he would be touched by it, but he wouldn’t like it,” Jack Flynn, current president of the Coventry Babe Ruth Board of Directors, said with a laugh. “That’s how he was.”

Flynn recounted memories from the more than two decades that he and Spearman spent together in the league, and thanked Spearman’s family for sharing him with the community.

“Jim was involved in so many ways in this community,” Ludwig said, adding that Spearman demonstrated the “importance of volunteerism within our community.”

Lima read aloud a resolution adopted in the spring by the Coventry Town Council thanking Spearman for his decades of service to the town, and recognizing his family members for their support.

“We need more people like James Spearman to step up with volunteerism and dedication to our community and its youth,” she added.

Spearman, Marchant said, was a true leader; he was an “integral” member of the community who “saw possibilities where the rest of us saw need.”

That’s a legacy that Marchant said he himself hopes to live up to.