You have permission to edit this article.
Edit
Home
News
Sports
History
Letters to the Editor
Timeout
Multimedia
Features
Classifieds
Obituaries
1 of 2 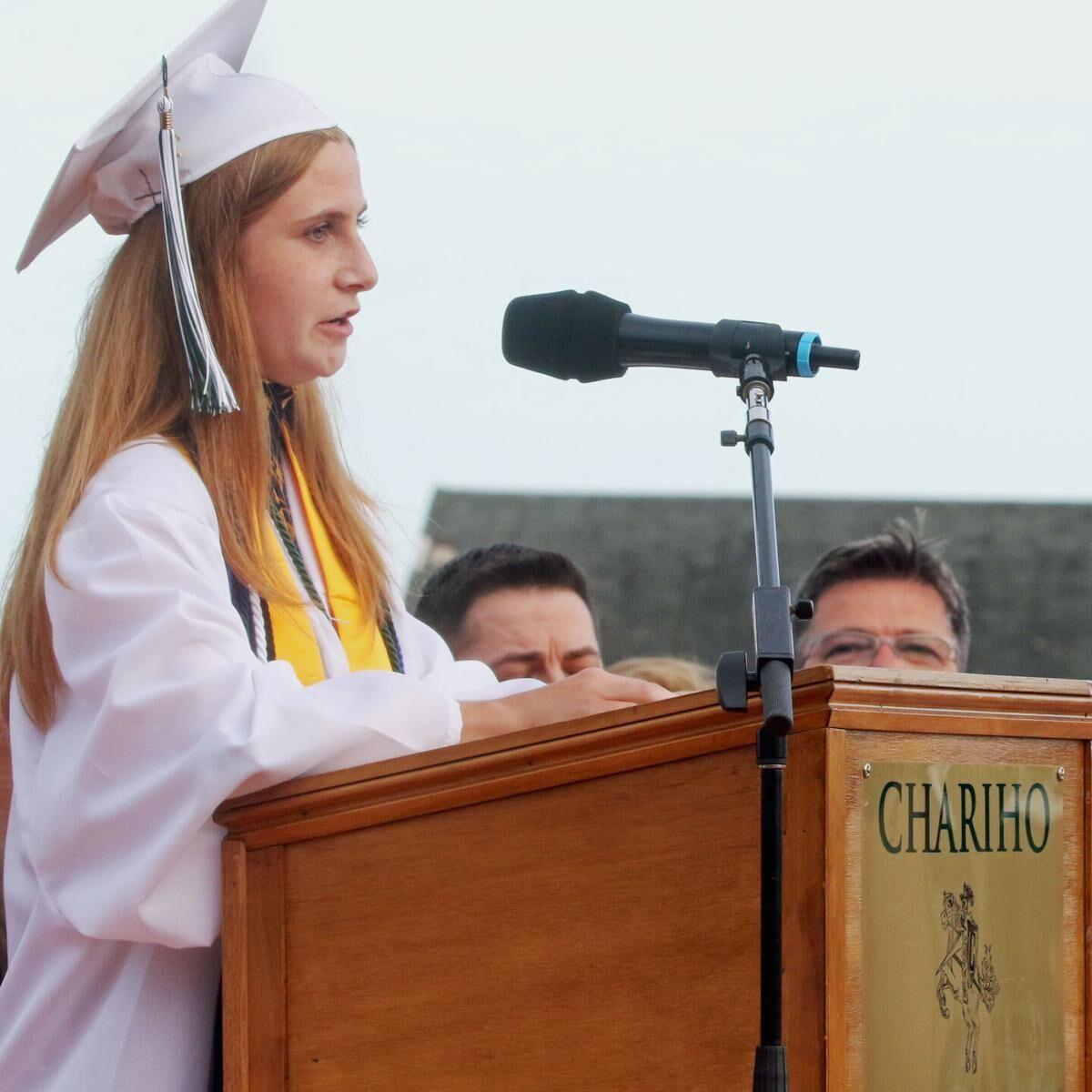 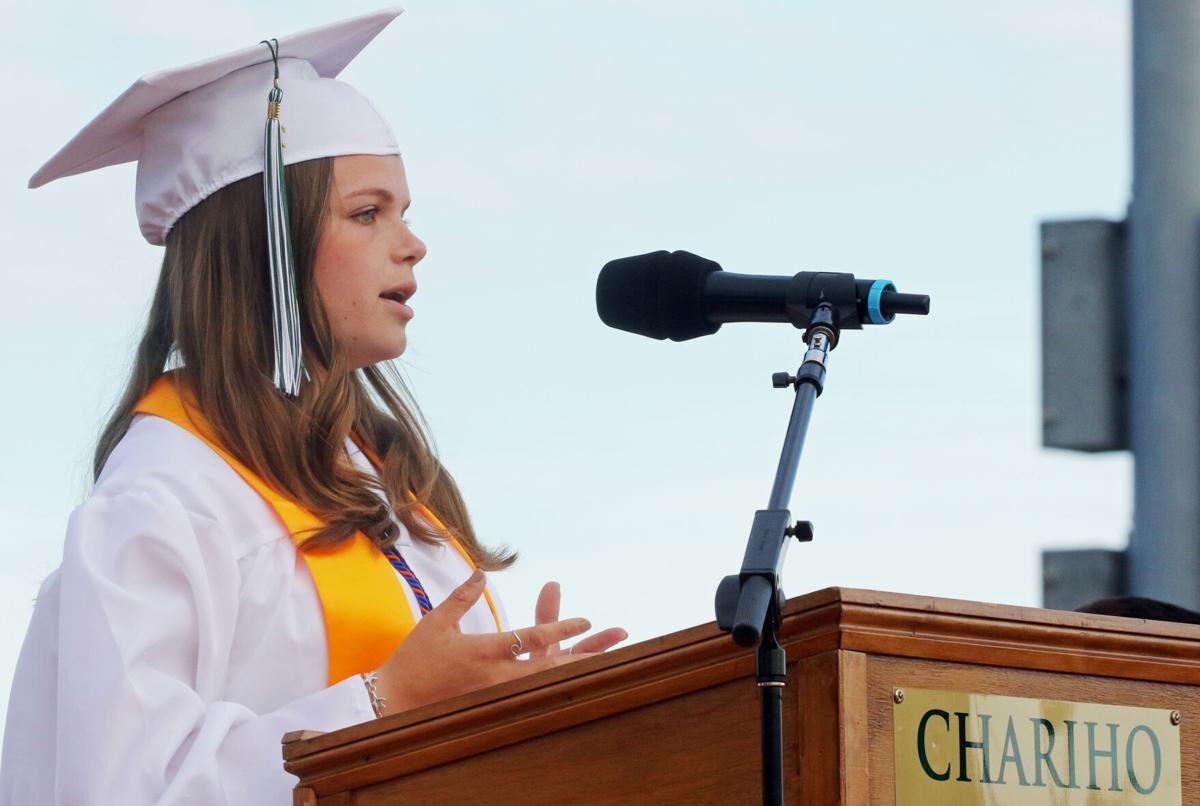 Although Chariho has offered in-person instruction for the entire school year, members of the Class of 2021 have missed out on a traditional senior year due to the COVID-19 pandemic. However, with an in-person graduation ceremony set for this Friday, Grissom and Ells said they are looking forward to receiving some closure after an unusual year.

“Paige and Faith have both been amazing representatives of the school,” said Chariho High School Principal Craig MacKenzie. “[We’re] always hoping that those who perform at the highest academic level are also people who give back to the community and who invest in experiences outside of the classroom. I know that Paige and Faith have done that.”

Grissom lives in Richmond with her parents, Lorraine and Roger, and her three younger siblings. She attended Chariho schools, beginning with Richmond Elementary School.

“I started looking for careers with chemistry, and I found chemical engineering,” Grissom said. “It just made a lot of sense for me because I’ve always loved math and science. It seemed like a really perfect career because it combined all of those things into one.”

As an avid runner, Grissom participated in cross country as well as indoor and outdoor track.

“I love running, but I also really love the team,” she said. “Everyone who runs that I’ve ever met has been really nice and welcoming. It’s been a great group to be a part of.”

She said that she will be forever grateful for the cross country trips to Manhattan as well as time spent at Camp Accelerate, a cross country summer camp.

“Those are just very special memories for me because they helped me a lot with bonding with other people,” Grissom said. “It was a lot of fun and it kind of sticks out as something that’s unique and enjoyable from high school.”

Grissom was involved in Interact, a service-learning and leadership club. She also served as the co-chair of the Student Advisory Board; in this role, she led group meetings and spearheaded a recognition week for educational support professionals.

“I felt like I was making a difference because I was able to set my own goals and listen to what everyone else wanted to do, and try to make that happen,” she said. “It helped a lot with my organizational and communication skills because I had to talk to a bunch of people.”

MacKenzie said Grissom’s investment in the school community has benefited the community.

“I think that she was very sensitive to the ways in which we could uplift students, faculty, and staff,” MacKenzie said. “She took the charge very seriously of thinking about ways that we could recognize and uplift the school community.”

Grissom said her involvement in athletics and student leadership has gradually boosted her self-confidence.

“I think it’s given me a lot more self-confidence,” she said. “I tend to be a very quiet person. I was especially quiet growing up. So joining different sports teams and clubs helped me to figure out how to make friends and connect with people.”

Faith Ells lives in Ashaway with her parents, Kristen and Tony, as well as her three brothers and her younger sister.

Ells was born in Vermont, but her family moved to Rhode Island when she was five. She entered Ashaway Elementary School in kindergarten and has remained in the school district ever since.

As a math lover, she will study education and mathematics at Clark University in the fall. She hopes to become a high school math teacher.

“I’ve always had this affinity for math — it’s just in my strong suit,” Ells said. “I find it easier to explain it to people than others might.”

Ells helps her younger siblings and friends with math, and she was also a math tutor at the math helpER+ in Westerly.

“Math is always one of those hit-or-miss subjects,” she said. “For some students, if they don’t get a concept in math, they just automatically write themselves off as ‘stupid.’ They just really need the proper explanation, and I just want to be that one math teacher that gives kids faith in their abilities.”

After participating in dance in elementary and middle school, Ells decided to try a different sport in high school. She made the volleyball team her freshman year and has played as the libero for the past four years.

Ells is also dedicated to community service and has recorded roughly 200 hours over the past four years. She has volunteered her time at Hopkinton Recreation as well as volleyball and art camps. Recently, she spent the past year interning at the Jonnycake Center of Westerly.

“I have always been really involved in community service,” she said. “It’s been great to be able to give back to people during this time.”

“My family and I have had some struggles in the past, and the community has always given back to us,” Ells added. “Being able to help give back to the community that helped us really stuck with me.”

MacKenzie said that he was impressed by Ells’ well-roundedness and appreciates her commitment to the community.

“I think that one of the things that makes me extremely proud as a leader of this school is to see students who, upon graduation, have taken the necessary steps to be a contributing member to our community beyond who they are as members of the school community,” MacKenzie said.

Ells also created and manages the Instagram account @chs21_plans, which highlights the future plans of this year’s Chariho graduates. She said, “Although we’ve been so separate this year, it’s cool to see where everyone is going and to be able to have that connection.”

She said that she is grateful to have a somewhat normal end to the school year with an in-person graduation and senior activities.

“You don’t really realize how important that stuff is to you until you don’t have it,” she said. Now that there will be an in-person graduation, she said, “It feels really good and it feels like everything that we’ve done was worth it.”