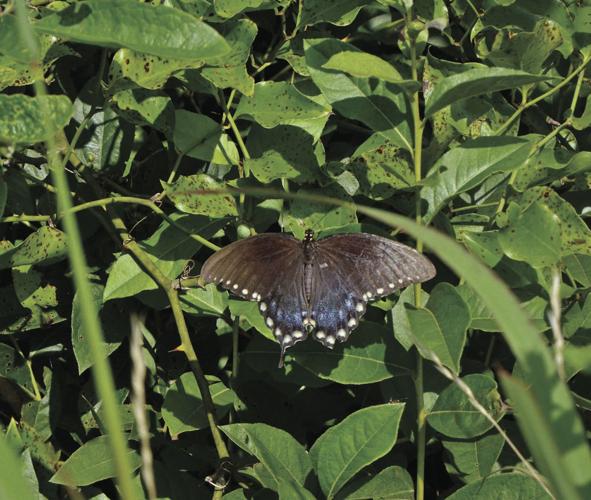 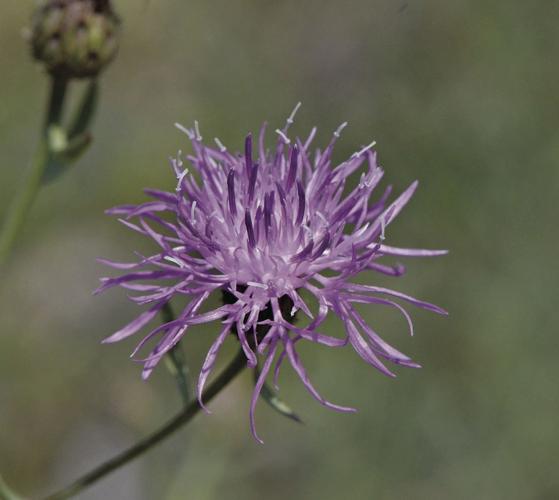 Maybe clear cuts aren’t so bad after all.

I know this sounds like environmental heresy, and I’m well aware that such an introductory sentence, penned by a person who has long campaigned against the forestry practice of cutting down all the trees in a section of woodland rather than a selective few, is going to raise eyebrows. But, after spending a morning trekking through a small forest that had deliberately and very professionally been reduced to slash several years ago as part of a federally-funded habitat restoration effort, I had to admit, albeit reluctantly, that the management strategy accomplished its purpose of raising, rather than lowering, species diversity.

These days, this is undeniably a good thing, and though I will also admit that seeing the immediate aftermath of a clearcut makes me think of the chilling Dr. Seuss illustration in The Lorax, that marvelously subversive kids book, when all of the Truffula trees have been hacked down, the vision, however ugly it may be, is no longer the whole story. It’s not that I’m getting soft in my old age. It’s not that I, an undeniably white guy in the anti-conservation Republican demographic, have finally drunk the supposedly self-interested Kool Aid. It’s simply that, the more I’ve looked at an increasingly difficult habitat management situation, the more I’ve come to realize that, sometimes, the greater conservation good requires you to do things that seem, at first glance, the exact opposite of right and proper.

This difficult situation was perhaps best summed up by that great French revolutionary Maximilian Robespierre, who is said to have intoned that “you can't make an omelette without breaking eggs.” Whether the architect of the Reign of Terror deserves credit for the famous quote is debatable, but in the case of the restoration project I was walking through, the words could be correctly modified to read this way: “You can’t make good bunny habitat without cutting down a lot of trees.”

The rabbits, in this case, are New England Cottontails, and though members of the Sylvilagus transitionalis congregation are our locale-namesake natives, they’ve experienced dramatic population declines in the past half century and seen their range reduced by about 75 percent. The cause is many-fold. First, hunting clubs brought in and released perhaps a quarter-million Eastern Cottontails in the early part of the 20th century, and over time, S. floridanus proved to be an easier target and a better competitor than the native rabbit. White-tailed Deer, invasive species, and, let’s not mince words, invasive people altered natural habitat and made life close to impossible for the New Englanders, which require early-growth thickets for their survival. The Eastern Cottontails, by contrast, are more of a generalist species, and they’re perfectly at home in the altered, suburban habitats many of us seem to favor. And if all this weren’t hard enough on S. transitionalis, we’ve done a perfectly wonderful job of letting the forest thicken and mature—great aesthetically, but awful for creatures that require woodland renewal from time to time.

In the old days, forests were always dynamic habitats. Fires would swoop in periodically  to open up areas for new growth, and hurricanes, most notably the 1938 “wind to shake the world,” would perform the same vital service. As a result, there was an ongoing supply of new and appropriate thicket space for the New Englanders.

But we now do far too good a job of suppressing fires, we haven’t experienced a great, forest-knock-down hurricane in many years, and we’ve let too much of the woods mature to enable S. transitionalis to thrive. Nor, it turns out, are the bunnies alone in this challenging situation.

There are a number of thicket-dependent birds, among them the Blue-winged and Prairie warblers, American Woodcock, Ruffed Grouse, Whippoorwill, and others, many of which you’ll find on state and federal endangered, threatened, or special concern lists. Without access to shrublands—areas making the transition from meadows to forests—such species see their populations nosedive. Their watchers see the same thing: it’s been years since I’ve heard the chest-bumping of a grouse or the upward-moving trill notes of a Prairie Warbler in or along the edges of the ridge’s now mature woods.

Even reptiles get into the act. Box Turtles thrive in such young-forest areas, no doubt delighting, as I did recently, in an abundance of delicious blackberries that enjoyed the now abundant sunlight in the clear-cut I investigated. I was there as part of a group from the Avalonia Land Conservancy, the southeastern Connecticut organization that manages the 26-acre Einna Peck Preserve in Stonington and made the difficult decision several years ago to undertake an effort to turn back the ecological clock: to make the mature woods revert to shrublands.

The clearing took place in 2013, and when it was done, only a few large and strategically placed trees and dead snags remained. But, as is often the case, it was amazing and gratifying to bear witness to how fast and resilient an ecosystem can be and overcome even this kind of insult, repair the damage, and thrive. Superb birders Bob Askins, the Katharine Blunt Professor of Biology at Connecticut College and an expert on shrubland birds, and Bob Dewire, along with sharp-eyed and -eared colleagues, surveyed the young forest area this spring and summer and were extremely happy with the diversity they encountered. “There were Prairie Warblers singing everywhere,” Bob Askins told me, noting that many of the forest birds, even such hard-to-spot species as Scarlet Tanagers, were coming into the open area to feed.

I was impressed with this success, and while there was no clear evidence that New England Cottontails had moved into the thicket... yet... there were plentiful signs that playing the management card was doing its job.

There were also plenty of signs that this job is now firmly in our hands. In a marvelous and thought-provoking book called Project Puffin: The Improbable Quest to Bring a Beloved Seabird Back to Egg Rock (Yale University Press, 2015), ornithologist Stephen W. Kress and his Boston Globe co-author Derrick Z. Jackson made an at-first-glance contrarian case for active and perhaps over-active management. Bringing back these charismatic seabirds to former haunts required constant and maybe draconian measures, such as poisoning and shooting seagulls, whose populations were out of hand because, in part, of our penchant for garbage dumps. “Humans have tilted the odds against many species to the point where there is no such thing as balance or sustainability without ongoing management,” Kress and Jackson wrote.

In essence, playing ecological God has become an overdue necessity. As Canadian biologist Tony Diamond put it in Project Puffin, “It’s time somebody played God after our predecessors played the devil for so long.”

I’ve never been comfortable with deification, but after seeing the results on Egg Rock—I reported on the project for the Globe in the 1980s—and at the Peck Preserve, I guess we can at least aspire towards godliness... well, in the natural history management realm.