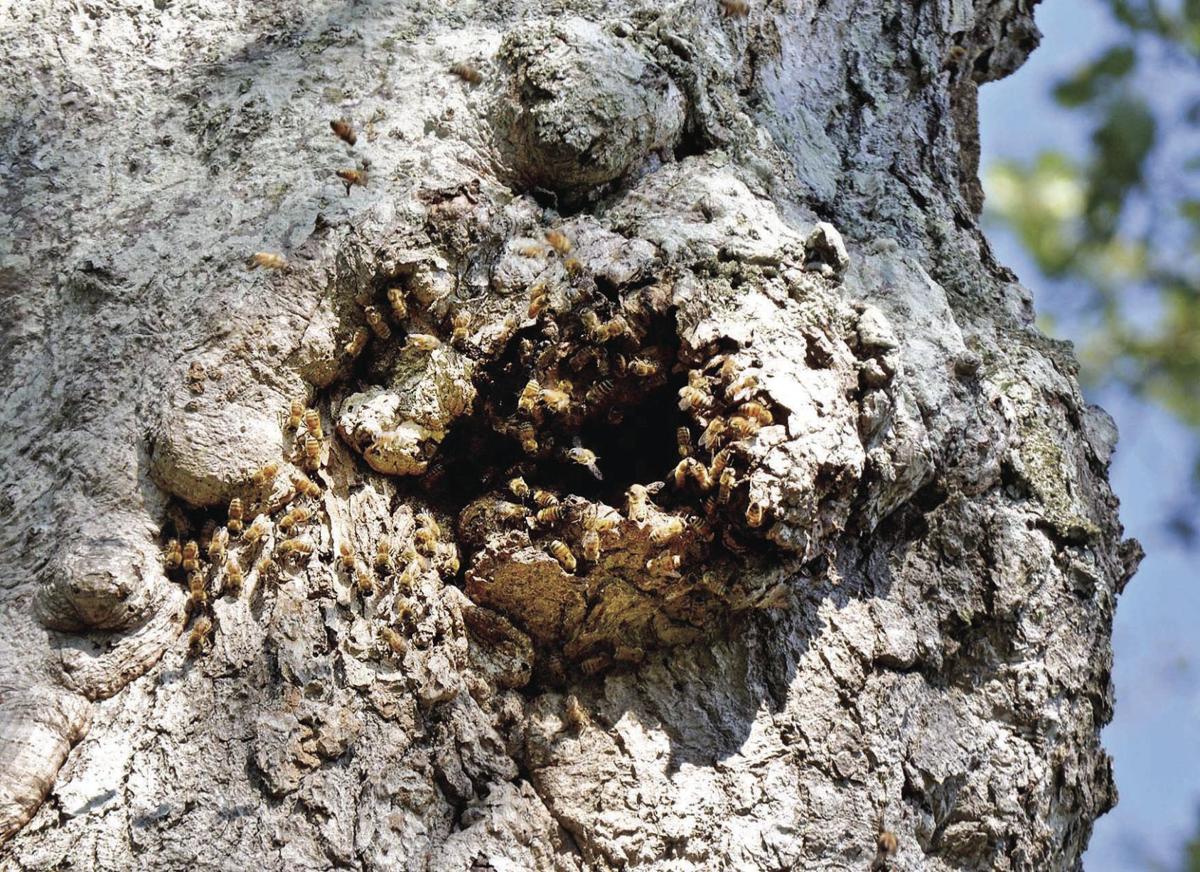 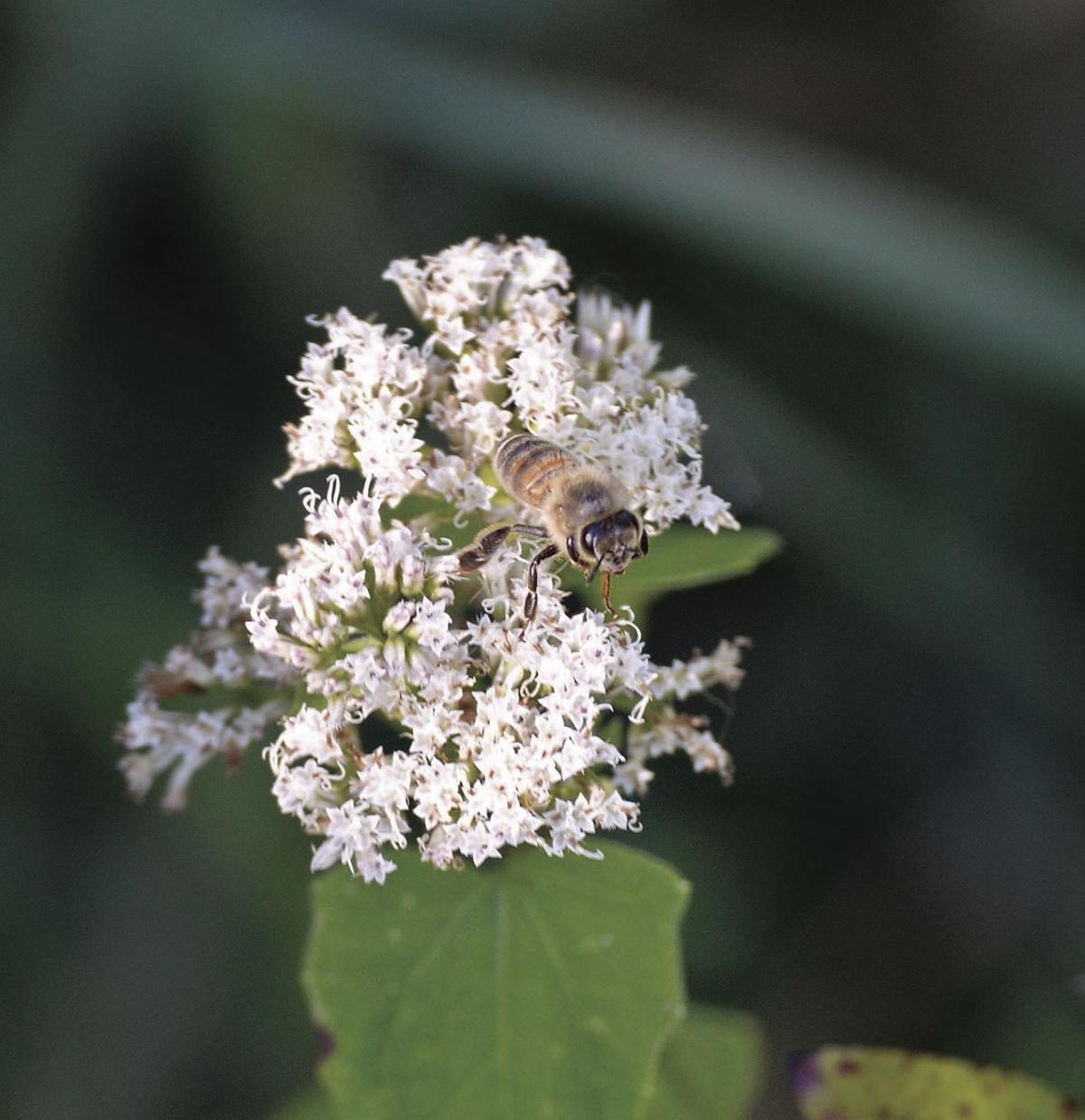 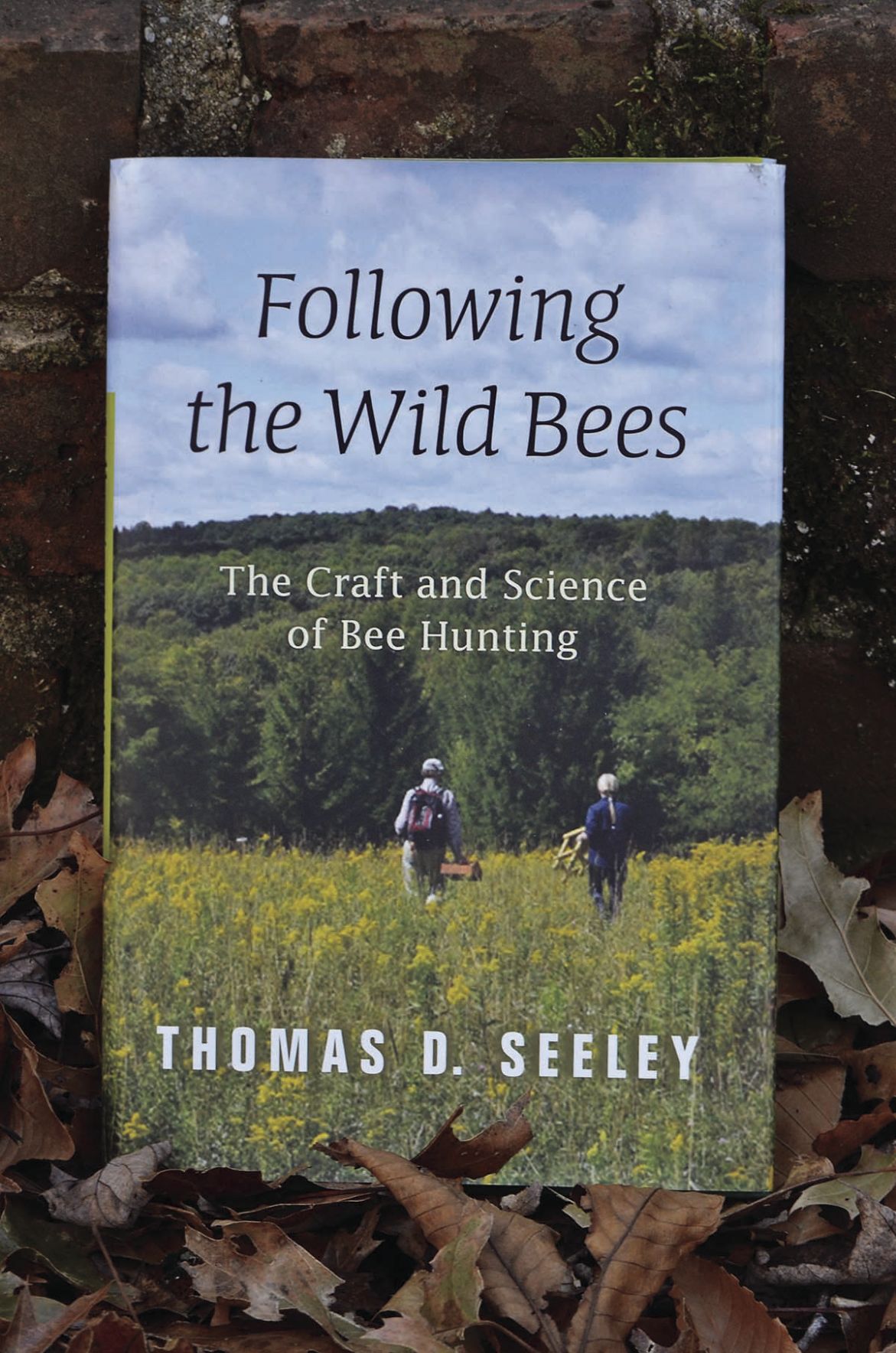 Thomas Seeley’s masterful book, “Following the Wild Bees: The Craft and Science of Bee Hunting,” tells you how to follow a beeline and find them.

Thomas Seeley’s masterful book, “Following the Wild Bees: The Craft and Science of Bee Hunting,” tells you how to follow a beeline and find them.

If I had the good fortune to hand out an award for the most charming and most enjoyable natural history book of the past year, it would have to go to “Following the Wild Bees: the Craft and Science of Bee Hunting,” by Cornell biologist Thomas D. Seeley. The how-to and why-to volume was published in 2016 by the Princeton University Press—full disclosure, the Press graced me with a review copy—and it offers the reader not only a compendium of insights into the behavior of one of the most remarkable insects in creation by one of the foremost bee researchers in the universe, it also provides a ringside seat into Seeley’s passion for locating colonies of bees that have left their “homes” in carefully managed hives and taken to the woods to live like, well, members of the Apis mellifera clan were meant to do.

“Honeybees,” Seeley told me during a fascinating phone interview, “have a natural range that includes Africa, Western Asia, and Europe, and they were imported to our country between the 1600s and 1800s.”

Their job, of course, was and is to provide farmers with pollination services and a steady supply of that most natural of sweets, golden honey. But living in closely packed together hives is not only unnatural, it can also make it easier for diseases, bee pests, and bad genes to spread.

“Beekeeping is pretty hard on the bees,” said Seeley, himself a veteran beekeeper, and too-close-for-comfort farm practices have contributed to the rise of fatal epidemics of the Varroa mite and an as-yet mysterious ailment called Colony Collapse Disorder. “What we need are new techniques for bee friendly beekeeping.”

Some of these may come from Seeley’s own “hunting,” which, if you join the good professor—and when the warmer weather returns, I highly recommend that you do— might take you “someplace wilder, say along an uninhabited road running between wooded mountains [where] you’ll probably find yourself following a beeline for the deep woods, homing in on the one tree out of thousands around that is the secret residence of a wild colony of bees,” he writes in this beguiling volume.

Beeline—we’ve all used that term, and if you follow Seeley’s lead, you’ll soon know precisely where the word comes from. The author, who is in his mid-60s, has been hooked on A. mellifera for nearly a half-century, starting at age 16 when he caught a wild swarm of bees in his boyhood home of Ithaca, New York, observed them close-up, and became fascinated by the insects and their husbandry. Four books and nearly 200 scientific papers later, the fascination continues.

Seeley, the Horace White Professor of Biology at Cornell, returned “home” in 1986, and once there, he was curious about how wild bees managed to stay healthy, while their domesticated brethren—actually, sister-en, since most members of a hive are female—were wracked by disease and parasites. First, however, he had to figure out a way to find his wild quarry, and that was no simple task.

Many of the so-called guidebooks were, in fact, written by people who had obviously never gone bee hunting. Not so with a “small masterpiece” called, simply, The Bee Hunter. In 45 pages of text, Harvard architectural historian and avid melliferaphile George H. Edgell introduces readers to all the methods and tools of the trade, including how to make the most necessary apparatus of the pursuit, a bee box. This little gadget features sliding wooden doors and a small parlor into which bees are lured by a piece of old honeycomb filled with sugar water that is scented with anise, an irresistible combination.

In 1978, on an earlier visit to Cornell, Seeley’s friend and hunting companion Kirk Visscher, now a professor of entomology at the University of California at Davis, built a bee box, and in short order, after assembling the other requisite equipment: “a small bottle of paint and a fine brush for labeling bees, a magnetic compass, a topographic map of the area, a roll of plastic flagging for marking the route into (and out of) the woods,” and other essentials, the two now-longtime research collaborators drove to Cornell’s Arnot Forest, a 4,500 acre research and teaching area and started the pursuit. Before long, a honeybee arrived, loaded up on the free lunch, and then departed for her home.

“The most important quality for a successful bee hunter is patience,” counseled Edgell, so Seeley and Visscher waited. “Nine minutes and 20 seconds” later, their patience was rewarded when the bee returned. She was not alone.

The hunters labeled the foragers with dots of paint, took a compass heading when they left, and attempted to follow them, setting down the bee box and paraphernalia every hundred yards or so, and waiting for the bees to come back to the bait, before leaving on another trip to the hive—and another compass heading. By following this beeline, which isn’t necessarily straight, they got closer and closer to the nest “But a bee tree can be exasperatingly difficult to find,” noted Seeley. However, “on this day, we were beginners and we enjoyed some beginner’s luck.”

Some 20 feet up a hemlock, the pair saw the “flash of flying bees” emerging and entering a knothole. “At that moment, for these two novice bee hunters, there could have been no more splendid sight,” Seeley wrote.

So the endeavor began, and, in the Arnot Forest and beyond, it continues, as Seeley and his acolytes search for bee trees in an ongoing research project that measures the natural spacing of the wild hives and how a phenomenon called “swarm intelligence” enables A. mellifera to thrive in the face of numerous environmental insults.

“The thrill is in the chase,” he explained, adding that one of the best accounts of the endeavor comes from Henry David Thoreau, who, on September 30, 1852, recorded, in his journal, a hunting expedition with several friends that remains “a trustworthy guide to the sport of bee hunting.”

I’ve known a bit of this thrill, when I discovered, last year, a wild bee colony—definitely beginner’s luck, since I wasn’t hunting at the time. But armed with Seeley’s book, I will—as soon as my cardiology team give me the “all clear” to use power tools—be building my own bee box and getting ready to take to the woods—as soon as I’m cleared to venture out on trails—come spring, when the wild bees come out of hiding to begin foraging.

Tom Seeley will be right by my side. “Give bee hunting a whirl,” he told me. “It’s pretty addictive and a fine way to reconnect to the natural world, as well as to the parts of our brains that have long been engaged in hunting.”

In the meanwhile, I’ll be reading and re-reading Seeley’s addictive guide, a wonderful compendium of bee science and hunting lore. The book, I don’t hesitate to say, would make a fine gift this holiday season—and an activity to look forward to when winter gives way to the growing season... the bee season.